Khashoggi revealed, the many whys of a Saudi crime

By declassifying a CIA report more than two years later, the new US president is reopening the Khashoggi case. The journalist, who was murdered in Istanbul in 2018 in the Saudi consulate, was linked to the Muslim Brotherhood. He promoted its agenda in the Washington Post. 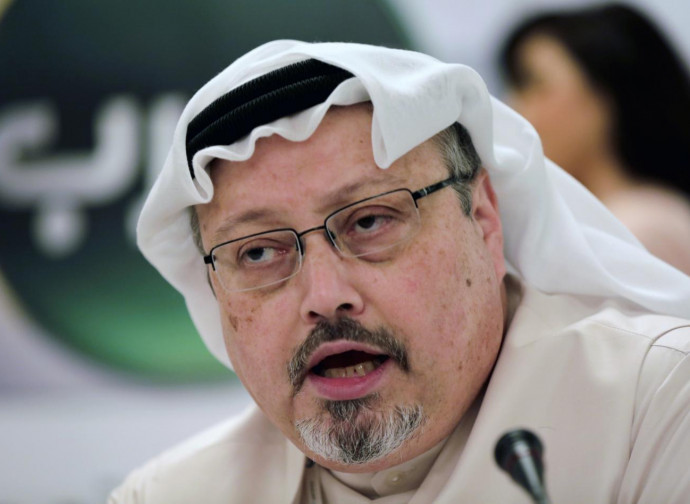 The ripple effect of the Jamal Khashoggi case has returned to the centre of troubled Middle Eastern affairs. And the questions, more than two years after that fateful 2 October 2018, are increasing rather than decreasing. It is not, however, what happened in the Saudi consulate in Istanbul that raises new questions, nor is it the antecedents that led to the macabre assassination, about which plenty has already been said and written. Rather, it is the need to fully understand what motivated the new US president, Joe Biden, to make public, shortly after his inauguration, the famous CIA report in which he points the finger at the Saudi crown prince Mohammed bin Salman as the instigator of the killing. Is it a genuine sense of justice, or does it conceal the desire to reorient American foreign policy in a particular direction, while conditioning the course of events in the Middle East and the Gulf?

In the interests of intellectual honesty, and reiterating the absolute condemnation of the horrendous and cruel death inflicted on Khashoggi, one cannot help but wonder why the journalist's relations with militant Islamism, i.e. the axis made up of Qatar, Erdogan's Turkey, and the Muslim Brotherhood, are completely ignored. It was the Washington Post itself that admitted, in an article of 23 December 2018, that Khashoggi's editorials published in its columns were inspired by the director of Qatar Foundation International, the former diplomat Maggie Mitchell Salem, revealing the indisputable content of some telephone messages exchanged between the two, which were only a minimal part of a much larger collection of conversations (about 200 pages) obtained by the newspaper.

This is relevant documentation, which also sheds light on Khashoggi's relations with the Council on American-Islamic Relations (CAIR), the main operative arm of the Muslim Brotherhood in the United States, as well as his connections with senior members of the Turkish government. The Washington Post has declared that it has no knowledge of any of this, naturally in order to exclude any hypothesis of involvement. The fact is that in the name of freedom of the press (which is sacrosanct), the Washington Post published editorials by Khashoggi in which the prospect of the so-called "Arab Spring" was revived, that is, the project of conquest of the Middle East by the Muslim Brotherhood, with the support of its most ardent sponsors - Qatar and Turkey - under the disguise of revolutions unleashed in the name of democracy and freedom (see, for example, The United States is wrong about the Muslim Brotherhood, dated 28 August 2018).

Khashoggi’s columns were published during the period of the clash between Qatar and the Arab anti-terrorism Quartet, led by Saudi Arabia. Donald Trump had initially given full support to the reasons of the Quartet, which also included the United Arab Emirates, Bahrain, and Egypt, while accusing Qatar of backing terrorism and of wanting to designate the Muslim Brotherhood as a terrorist organisation. Having clarified its stance, the Trump administration then devoted itself to fostering reconciliation, up to the Al-Ula summit January 5, 2021, which sanctioned the end of the embargo against Qatar and was inaugurated with the embrace between Mohammed bin Salman and the emir of Qatar, Tamim Al Thani.

The diplomatic line of equidistance (in this regard, the friendly summit between Trump and Al Thani in Washington in July 2019 should be recalled), did not, however, challenge the position of Biden's predecessor, who was deeply opposed to total shake-ups in the Middle East order aimed at imposing Islamist dictatorships. For this reason, he had decided that the CIA dossier on Mohammed bin Salman should remain classified, knowing that feeding it to the media would rekindle the unbridled ambitions of a new "Arab Spring" for which Qatar and Turkey are the main advocates.

By declassifying the report, has Biden instead succumbed to pressure from those who wish to exploit the Khashoggi case in order to take the region back to the season of permanent conflict, on behalf of the Muslim Brotherhood? Moreover, the 'double standard' in human rights is evident. Indeed, the new American administration and the media ignore the countless victims and atrocities that the "Arab Spring" has brought with it, along with the human rights violations that occur daily in Iran, where the hangings of dissidents continue unabated, already tortured and imprisoned in inhumane conditions in the Khomeinist regime's jails because they simply fight for democracy and freedom.

The deaths of those killed by Islamism also count, while most of the Middle East has already unequivocally rejected the prospect of the Muslim Brotherhood coming to power, seeking peace and security instead, as both the Abraham Accords and the Al-Ula summit demonstrate. Biden should follow this path, while forgoing Trump's line, to mark a significant discontinuity with Obama and his administration's acquiescence to Islamist forces. In any case, the early signs are not encouraging.