The WHO has launched a campaign against Covid-19 “misinformation”, using artificial intelligence and modern data collection techniques to track down on-line hoaxes and fabrications. This strategy, ironically, has already caused enormous damage in the fight against the pandemic, precisely because it limits comparisons and debate over theories in the face of a new disease. It smacks of censorship methods employed by the Chinese totalitarian regime. 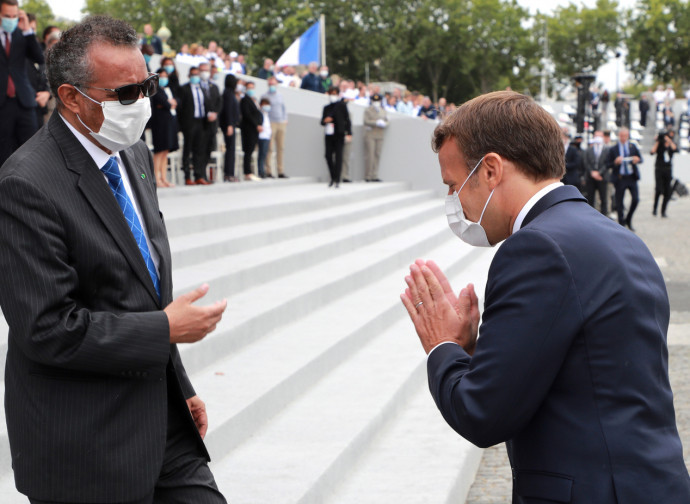 The World Health Organization has officially launched a campaign against Covid-19 misinformation. By way of an August 25 article, "Immunizing the public against misinformation", the WHO confirmed it is currently monitoring the web for fake news about the coronavirus pandemic in order to combat what it states to be "an overabundance of information and the rapid spread of misleading or fabricated news, images, and videos.”

The WHO, together with the UN Global Pulse Initiative, is leading a web monitoring and hoax hunting campaign, using modern tools of data collection and artificial intelligence as applied to misleading information on various humanitarian causes. WHO director, Tedros Adhanom Ghebreyesus, said: “We’re not just battling the virus. We’re also battling the trolls and conspiracy theorists that push misinformation and undermine the outbreak response.” By "trolls" Ghebreyesus means "troublemakers" who have spread to all levels on online forums and social media networks. This virtual "disease", he said, has had a name since February: an "infodemic." The creative term was first coined to indicate COVID-19 “information overload.” Later it was used more specifically to describe quickly spreading fake news. The WHO organized its first Infodemic Conference last June. Yet, already  back in February, less than a month after the beginning of the ongoing health emergency, the WHO made arrangements with Facebook to monitor the quality of information posted on the social media’s network. Currently, the WHO is working with at least 50 web-based companies, including all the major social media giants and search engines, such as Google, TikTok, YouTube, Twitter and Facebook, "to ensure that science-based health messages from the organization or other official sources appear first when people search for information related to COVID-19."

Fake and unreliable news posted about a new disease is a serious and underestimated problem. For example, since last January 20, after COVID-19 was already prevalent in Wuhan and throughout the Hubei Province and when the first cases were recorded outside of mainland China, news circulated that the novel coronavirus was not transmissible between humans, but only between animals and humans. In the following month of February and until mid-March, irresponsible health advisories were circulating regarding the best known diagnostic tool, the swab, considering it ineffective and to be used sparingly or only for serious symptomatic cases.

Still, throughout March, according to other irresponsible advice, masks were deemed superfluous to contain the disease. What’s more, the most dangerous misinformation concerned drugs and treatment methods. Hence, for months certain sources claimed that hydroxychloroquine was useless and even harmful, before the information was finally corrected. Still today, there are many loud voices sounding against the effective drug. Other internet trolls “joked” while strongly advising physicians not to perform autopsies. This bad joke ended up costing thousands of deaths in Italy alone.

If readers still have not figured out just “who” the source of all these internet hoaxes, misleading information, irresponsible advice, we can tell you who it is. It is none other than the “WHO”, itself, the World Health Organization.

WHO executives and officials justify their actions by saying that they have done everything possible in their power and that they are simply dealing with a brand new virus. Hence, naturally mistakes are possible at all levels. This is all very true, yet it is precisely for this reason, when facing a new problem, the highest amount of freedom possible freedom must be preserved for public debate. Much better solutions can be found by comparing and relating diverse experiences. Unfortunately, instead rigid respect for authority has characterized the pandemic’s management. Thus, hospitals follow government directives which, in turn, follow those of the WHO. The policy "against misinformation" amplifies this concept, extending to civil society, far outside the world of medicine. Not only is it discouraged to experiment with therapies and strategies different from those of WHO guidelines, but it is not even acceptable to talk about them in private. This is the deeper meaning behind the whole UN-led operation.

We must state herein that there is a precursor to the UN strategy. It is the People's Republic of China, which not surprisingly was the first to deal with the pandemic as well as the first to practice any serious lockdown strategy in its Hubei Province. In China, since January thousands of Chinese government officials have monitored and reviewed conversations of fellow citizens on WeChat (the number one Chinese social network), while erasing any critical comments and serious questions or doubts that came from abroad. The WHO, which has followed in China’s footsteps since January (even denying, until January 20, as Beijing did, that the novel coronavirus could be transmitted between humans) has indeed assimilated the Chinese Communist Party’s censorship practices. It is sad to see that social networks, starting with Facebook, are playing the game and with great enthusiasm, instead of asserting their proper role as bastions of freedom of expression. This, once again, proves just how fragile our liberty is in today’s world.