Johnson&Johnson vaccine suspended, yet another blow to vaccine Messianism

The U.S. Food and Drug Administration has decided to suspend the Johnson & Johnson vaccine. The cause: dangerous reactions linked to blood clots that occurred within two weeks of its being administered to six women aged 18-48. In Europe, the EMA is stalling any pronouncements on the causal connection, as it had initially done with AstraZeneca. The reality is that for commercially-developed Covid vaccines, normal approval times have gone into "warp speed." Better pharmacovigilance is needed while Australia’s University of Queensland  has issued a warning about vaccine-centric strategies. 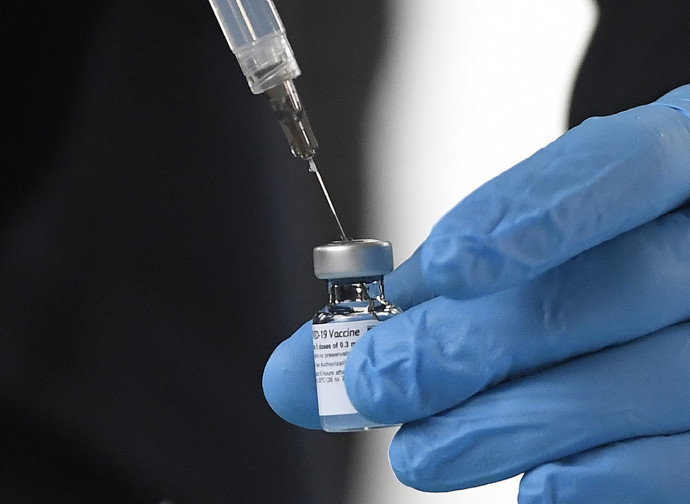 As with all Covid vaccines, including the recent one produced by American multinational Johnson & Johnson (J&J), a climate of feverish anticipation has been created coinciding with approvals by EMEA and AIFA. Some aspects of J&J’s vaccine are very attractive, beginning with the fact that it requires just one injected dose. In addition, it is not tied to any particular age group and, even considering AstraZeneca's move to concentrate immunization on the over-60 age bracket, it appears to be the go-to vaccine for middle-aged and young people. In Europe, 200 million doses of the J&J vaccine were expected to arrive in the coming weeks.

On Tuesday, however, the wake-up call arrived. The Food and Drug Administration (FDA), the American federal agency that authorises and monitors pharmaceutical products, has decided to suspend administration of the J&J vaccine, with immediate effect. The agency’s decision was taken following bad reactions that occured in six women (aged 18-48) over the last two weeks after receiving the vaccine. The adverse side effects were supposedly related to blood clotting, as happened with AstraZeneca's vaccine, which is also banned in the United States.

The announcement of the FDA’s clampdown on J&J’s vaccine will have inevitable repercussions in Europe. The European Medicines Agency (EMA) stated that "it is currently not clear whether there is a causal association between vaccination with [Johnson & Johnson's] Covid-19 vaccine” and cases of blood clots. This is a side effect we've already seen with the AstraZeneca vaccine when the EMA's safety committee stated on 7 April that it resulted in the formation of "rare blood clots with low platelets". This was the same reaction reported in America and linked to J&J's vaccine, likewise exhibiting one of the very infrequent side effects of Vaxzevria (AstraZeneca's new brand name). EMA officials admitted a "link" to the vaccine, while at the same time reiterating that "the overall benefits of the vaccine in preventing COVID-19 outweigh the risks of side effects."

The alarm sounded in America over J&J’s vaccine’s dangerous side effects should nevertheless lead us to ask serious questions. We should be wondering if it is normal that all vaccines used thus far may have such adverse side effects.

Under normal circumstances, before a drug can be sold on the market there are specific deadlines to be respected and studies to be published and submitted for review by scientific communities. This protocol has not been taken into account for incoming vaccines, using the present health emergency as justification. To authorize any drug, it is necessary for the manufacturer to present findings on pre-clinical lab tests and clinical trials on humans in various phases: phase 1 for safety and tolerability tests of various doses on healthy volunteers; phase 2 and 3 are reserved for tests on volunteer groups in which efficacy and adverse side effects are compared in groups treated either with the drug or a placebo.

For normal drugs, pharmacokinetic trials are also required to demonstrate where they accumulate in the body and how long they remain there before being eliminated. Vaccines, however, are exempt from submitting such tests, so the fate of the vaccine in the human body that receives it is unknown. Phases 2 and 3 are usually separate because phase 3 is done with larger numbers of volunteers. With vaccines, the groups that undergo phase 2 (and especially phase 3 trials) must be large enough that a difference in the risk of contracting the disease may be observed. Moreover, safety studies in small numbers are not predictors of rare events, which can only be detected in large phase 4 studies conducted after a vaccine has been released to be sold on markets.

Therefore, careful monitoring of results should continue, and improved pharmacovigilance should be part of any vaccine development. Of course, the timing of studies depends on the speed and accuracy with which they are conducted. With Covid-19 vaccines all experts are saying the timeframe has been extraordinarily shortened compared to the normal phases of vaccine trials which normally take 5 to 10 years. In this case, publications in scientific journals of peer-reviewed research work would not be strictly necessary for authorization. However, it is obviously essential for today’s emergency-released vaccines because of their relevance to the entire world population. It would also allow an open and transparent comparison between various competing products. Such an open and transparent procedure does not seem to have been considered for incoming vaccines.

A critical “safety signal” regarding the technology pharmaceutical companies use to develop vaccines came recently via the Australian government (prior to the U.S. FDA decision) which had decided not to purchase the J&J vaccine because it is based, like AstraZeneca, on a viral vector technology. More precisely, the J&J vaccine (Ad26) is cultured in PER.C6 cell lines obtained from aborted human fetuses made with non-replicating Adenoviruses carrying an RNA sequence of the Covid-19 virus spike protein.

Another important caveat (immediately echoed in Britain) came from research professor Ian Mackay at Australia’s University of Queensland. He said the model he developed shows that the vaccine alone cannot provide a solution to the pandemic, since there are many other relevant factors to consider.  In other words, the world’s enthusiasm for "vaccine Messianism" definitely needs toning down.