“Jesus, arise”: a study on the Shroud is disproved by the Shroud

A Spanish Plastic Surgery Specialist, Bernardo Hontanilla Calatayud, says he has studied the image on the Shroud and can affirm that it shows “the typical gesture of a person trying to rise from the supine position”. Even the facial muscles are those of someone alive. But this statement, on the trail of the Resurrection, is refuted by science and also by the Shroud itself because the image is not the image of a body about to rise. 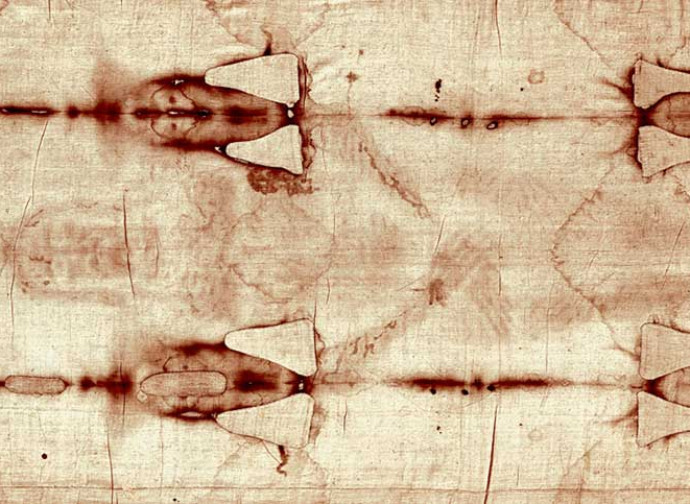 That the Shroud arouses the interest of doctors is common knowledge and also perfectly understandable: there is the imprint of a corpse, there is its blood. But the question that many people ask goes further: “Can the Shroud show any trace of the resurrection?” A Spanish Specialist of Plastic, Aesthetic and Reconstructive Surgery at the Clinic of the Universidad de Navarra in Pamplona (Spain), Bernardo Hontanilla Calatayud, has joined the debate to respond.

For the three-dimensional reconstruction of the body wrapped in the Shroud, he relied on the statue of the Supine Christ by Spanish sculptor Juan Manuel Miñarro López and performed several tests on male subjects between 30 and 40 years old, with an athletic phenotype, between 1.70m and 1.80m tall, who were asked to stand up from the supine position. Based on these experiments, he states that the Shroud “shows signs both of death and of life of a person who left his image printed on it at a time when he was alive”.

His article was published in the journal Sciencia et Fides 8(1)/2020 which is a joint publication of the Nicolaus Copernicus University in Toruń (Poland) and the University of Navarre. An authoritative opinion on its content and conclusions was therefore necessary, an opinion immediately expressed by Alfonso Sanchez Hermosilla, forensic physician and forensic anthropologist, professor of Forensic Medicine and Forensic Anthropology at UCAM, Universidad Católica San Antonio di Murcia (Spain).

According to Hontanilla Calatayud, the image on the Shroud shows “the typical gesture of a person who is trying to get up from the supine position”. He reaches this conclusion after questioning the post-mortem rigidity in a man who was traumatised, tired, exhausted, bled dry, dehydrated and depleted of glycogen reserves. In these cases, in his opinion, the rigidity occurs early, is weak and disappears rapidly; after 30 hours the corpse would have already begun to decompose, so the resurrection must have occurred between 18 and 30 hours after death, so by 3 a.m. on the night between Saturday and the following day, which he already calls Sunday.

The head bent forward and the bent knees observed on the Shroud were not due to the cadaveric rigidity that had fixed that position on the cross, but to the movement of Jesus getting up. The reconstruction of the entombment made by Hontanilla Calatayud includes the forcing not only of the arms, necessary because they remained open on the cross, but also of the bent head and bent knees, which would have been easily returned to a natural position thanks to the corpse’s low rigidity.

“It seems reasonable that the investigation of the cloths with which a corpse has been wrapped should be conducted by scientists with experience with corpses and not by others who do not work with corpses and have no experience with them”, stresses Sanchez Hermosilla, who works in this field. “It cannot be said that this is the unique position of a person rising from the supine position; this statement is not scientific, this finding is very variable. There are other possible and probable options. This experiment is inconclusive”.

To support his thesis, according to which the person wrapped in the Shroud was alive at the time of the formation of the image, Hontanilla Calatayud also dwells on the nasogenian and nasolabial folds of the face that can be seen on the Shroud. He argues that the presence of both marks on the Shroud face is more like that of a living person, since “in a recent corpse the facial muscles relax and the folds disappear”. “This information is inaccurate”, Sanchez Hermosilla objects. “In a corpse, facial muscles do not relax nor do facial folds disappear, especially if it has cadaveric rigidity. In my professional experience as a coroner, I have seen many corpses that still looked alive because of their characteristics”.

“Another inaccurate finding”, continues Sanchez Hermosilla, “is that the author cannot know at what moment the Shroud image was produced, he lacks scientific data on which to base his theory. The image was produced by a corpse, not by a living person: in fact, he was not breathing, otherwise the image would not be clear but blurred”.

The imprecision that characterises Hontanilla Calatayud's article becomes pure fantasy regarding a statement not from the medical field, but referring to the Gospel and therefore verifiable by anyone. “If we consider the Gospel account, the image could not have been formed before 8-10 a.m. on the Sabbath (18 hours post mortem) since, as written in the Gospels, the Jews knew that a member of the synedrium (Joseph of Arimathea) had buried the body in a tomb of his own. That conversation with Pilate took place on the Saturday morning when, after they met, fearing that the body would be stolen, they asked Pilate for a guard to go and watch over the tomb for at least three days (Matthew 27:62). This was what Jesus had announced.

Therefore, on the morning of that Saturday, without respecting the day of rest as directed, they first went to check that the theft had not occurred during the night. They opened the tomb, lifted up the sheet covering the body, checking that it was Him and no one else and that He was still dead, and then closed the tomb and applied the seal of the synedrium (Matthew 27:67)”.

In the Gospel the opening of the tomb and the verification by the Jews are not mentioned, but for this very reason, according to Hontanilla Calatayud, for the imaginary verification by the Jews who lift the sheet and see the body, the resurrection cannot have happened before those Saturday morning hours. This passage on its own would be enough to abase the presumed scientific level of the article.