Jerome, a saint with a difficult character

He was impetuous and often argumentative, but he gave so much to Christianity through his life and writings. He was responsible for the first official Latin translation of the Bible, the so-called Vulgate. And his greatest teaching, as Benedict XVI has said, is "to love the Word of God in Sacred Scripture". 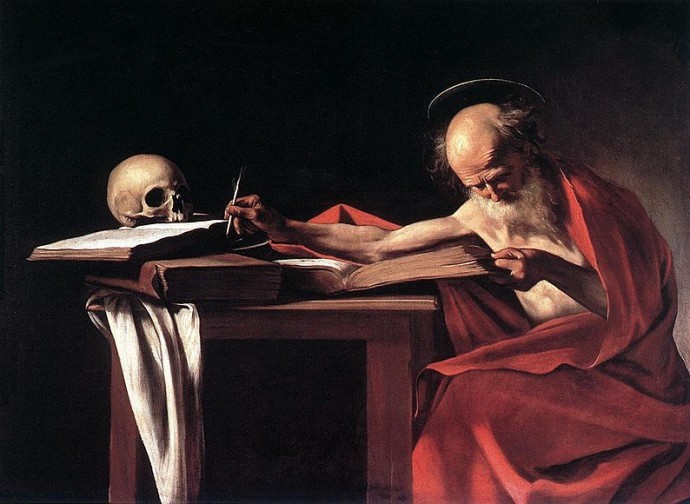 Sitting in the tablinum (study, in Roman houses of the 4th century) overlooking the garden, Jerome is deep in thought. Over his plain white cotton tunic he wears an equally plain surcoat, called a suparius. He is reflecting on the injustice of the world and on the fact that his troubles actually come from his fellow priests. He wonders for a moment if it is his fault, because he is the one who has spent his whole life focusing on the dissatisfaction that the imperfection of others creates for him. Is it a form of pride? (Today, a psychoanalyst might call it narcissism.) 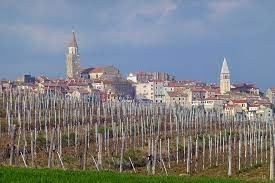 Indeed, his life had been one long series of escapes and displacements. He was born around 347 A.D. in Stridon (or Zrenj) an Istrian town in present-day Croatia, which has a very interesting history (from the 11th century onwards it was inhabited by Venetians, and in 1421 it was annexed to the Most Serene Republic of Venice). He came from a well-to-do Christian family, so he was able to receive a good education and a solid cultural background.

When he arrived in Rome to perfect his studies, he was caught up in a whirlwind of parties and disorderly living. But he soon tired of it and - not being accommodating by nature - saw the flaws in the characters he frequented, deciding to give up that frenetic and meaningless life. He began to discover the inner peace that contemplation offered him and decided to move to Aquileia, to join a community of ascetics. But the members of the community were rather quarrelsome and he left almost immediately. He set off for the East and stopped in Trier, called Augusta Treverorum, which was the capital of the Roman province of Gallia Belgica. Trier is also the birthplace of St Ambrose and one of the oldest cities in Germany. Here he deepened his studies and then returned to his native city for a period. He left again shortly afterwards and stayed for a few years in Antioch, where he perfected his knowledge of Greek, then retired as a hermit to the desert of Chalcis, south of Aleppo.

For four years he devoted himself fully to his studies, learning Hebrew and transcribing the writings of the early Church Fathers. That period was important for his spiritual formation: they were years of meditation, solitude and intense reading of the Word of God, which also led him to reflect on the gap between the pagan mentality and Christian life. But here too his critical sense mapped out his destiny. Embittered by the diatribes of the anchorites provoked by the Arian doctrine, he returned to Antioch, where he was ordained a priest in 379. From there he moved to Constantinople where he continued to study Greek under Gregory Nazianzen (329-390), a Greek bishop and theologian.

In 382 Pope Damasus (305-384) called a meeting to discuss the Meletian schism of Antioch. Jerome was invited and returned to Rome. His reputation as an ascetic and scholar accompanied him, which is why the Pontiff chose him as his secretary and advisor and invited him to undertake a new Latin translation of the biblical texts. In the capital city, Jerome also founded a Bible club and introduced noble Roman women to the study of Scripture. The noblewomen, wishing to follow the path of Christian perfection and to deepen their knowledge of the Word of God, appointed him as their teacher and spiritual guide.

But his moral rigour was not shared by the clergy and the strict rules he suggested to his disciples were considered too severe. Jerome was irritable and not an easy character. He condemned vices and hypocrisies and often argued with scholars and sages. He ended up being disliked by many, so that, after the death of Damasus, he decided to return to the East and in August 385 embarked at Ostia to reach the Holy Land. In his retinue there were monks who were faithful to him as well as a group of his noblewomen followers, including a certain Paula with her daughter: the mother considered that thanks to Jerome her family had discovered the faith and was very grateful to him. 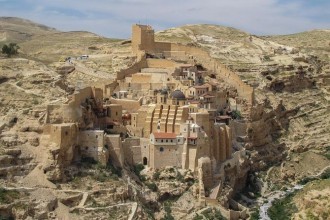 They embarked on a pilgrimage and reached Egypt. Jerome then stopped in Bethlehem, where he opened a school offering his teaching free of charge. Thanks to Paula's generosity, a men's monastery, a women’s monastery, and a hospice for travellers visiting the Holy Places were built. Jerome spent the rest of his life in Bethlehem, devoting himself to the Word of God, defending the faith, teaching classical and Christian culture and welcoming pilgrims. He died in his cell, near the grotto of the Nativity, on 30th September, probably in the year 420.

Impetuous, often argumentative and quarrelsome, he was detested but also loved. Although he was not easy to talk to, he gave so much to Christianity through his testimony of life and his writings. He was responsible for the first official Latin translation of the Bible, the so-called Vulgate - with the Gospels translated from the Greek and the Old Testament from the Hebrew - which is still the official text of the Latin-speaking Church today, albeit revised.

Jerome (together with Ambrose, Augustine, and Gregory the Great) is one of the four Fathers of the Western Church proclaimed Doctor of the Church in 1298 by Boniface VIII. His epistles, commentaries, homilies, treatises, historiographical and hagiographical works remain. His De Viris Illustribus (with biographies of 135 authors, mostly Christian, but also Jewish and pagan) is well known, showing that Christian culture was “a true culture now worthy of comparison with classical culture” Not to be forgotten is his Chronicon - the translation and re-elaboration in Latin of the Greek Chronicon of Eusebius of Caesarea, now lost - with its narration of universal history, including established data and myths, from the birth of Abraham to the year 325. Finally, there are many epistles that reveal his spirituality and are full of advice and profound teachings.

Benedict XVI, who dedicated two catecheses to Jerome at the general audiences of 7 and 14 November 2007, said of him: “That Word, so much studied and commented on, he also committed himself to living it concretely”. And he added, thus sanctioning St Jerome's personality: "What can we learn from St Jerome? It seems to me above all this: to love the Word of God in Sacred Scripture. It is important for every Christian to live in contact and in personal dialogue with the Word of God, given to us in Sacred Scripture... it is also a Word that builds communities, that builds the Church. Therefore we must read it in communion with the living Church".

And so we shall.