Everything that is happening as a result of the coronavirus necessitates a reconsideration of globalisation, including what the Magisterium has said about this theme. John Paul II and Benedict XVI were prudent, but the present pontiff has thrown himself fully into globalism. The next pope will need to review the entire file. Here’s how. 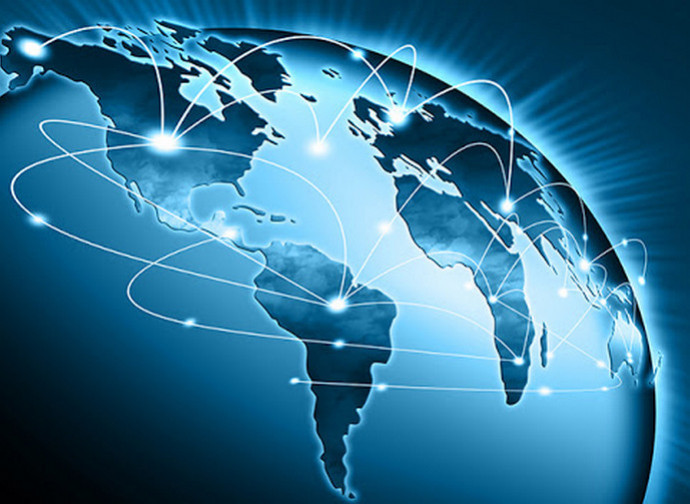 It is now very probable that if one day a future pope, whoever he is, wants to write a new social encyclical, he will need to reconsider various aspects of the teaching that has been presented up until now, and above all the Magisterium’s evaluation of globalisation. The coronavirus epidemic has exposed many illusions about the phenomenon of globalisation, revealing its cracks, insufficiencies, and even its dangers. When the social magisterium of the Church speaks again, it will do so in a very different way than it has in the past.

The theme of globalisation was already present in Pius XI’s encyclical Quadragesimo Anno, in John XXIII’s Pacem in Terris, and in Paul VI’s Populorum Progressio, but at that time it was not yet called “globalisation.” There was a clear perception that there were very powerful centers of trans-national power, that the social question had become a worldwide one, and that the topic of development had to be addressed by the whole world together. Globalisation was also present in John Paul II’s Sollicitudo Rei Socialis, but at that time the confrontation between the Eastern Bloc and the West was still the dominant concern.

Globalisation as we know it today has only been explicitly present in the teachings of the last three popes, undergoing a decisive acceleration with Pope Francis. John Paul II mentioned it in Centesimus Annus, but at that time (1991) the planet’s connection through the internet still did not exist. Benedict XVI, however, wrote substantially about it in Caritas in Veritate, because by then (2009) the reality of had entered into its mature phase.

Both of these popes took a prudential approach that may be summarised as: globalism is mistaken, globalisation is a process that must be carefully managed, globality understood as the unity of the human race is a good thing. Globalisation as a process is seen as neutral: it may be positive or negative depending on how it is conducted. As John Paul II said in 2001, “Globalisation, a priori, is neither good nor evil. It depends what people do with it.” Globality concerns the “unity of the human family and its development for good,” which becomes the fundamental ethical criterion for guiding and evaluating globalisation, as Caritas in Veritate says (n. 42). Globalism is instead the ideological exasperation of globalisation and leads to a uniform global oppression that is enforced by anonymous trans-national powers.

“Blind opposition would be a mistaken and prejudiced attitude,” Benedict XVI declared, because globalisation is also “a great opportunity,” but there is a need to “correct the malfunctions,” bearing in mind that it “presents great difficulties and dangers.”

Thus, it was an approach of prudence and balance, even if Benedict XVI pushed the envelope by proposing a “true world political authority” (n.67) which would need to be “universally recognised and to be vested with the effective power to ensure security for all” and “the authority to ensure compliance with its decisions from all parties.” This is a frightening statement after the experience of the coronavirus.

With Pope Francis, the Church’s adherence to globalisation took off. In his view, there was to be a universal “Schengen Area” in which absolutely no restrictions could be placed on immigration, a multi-religious and multi-ethnic global society was proposed as a universal common good, and every wall and border was seen as a sin. He proposed world collaboration between all religions, established a universal brotherhood project, and expressed his dream of one single form of education for all the citizens of the world. He made all of the proposals of the UN his own and mobilised the most heterogeneous popular movements as a sort of world social renewal.

Then the coronavirus arrived. It was globalisation that made it spread so quickly and thus made it necessary to put up the walls of quarantines. Even Saint Peter’s Square and Casa Santa Marta have been sealed off. Each nation afflicted by the virus has had to make its own arrangements and to make masks and ventilators for intensive care on its own. Italy had to pay for additional Cuban doctors themselves. Italy has also been forced to turn to the old resources of local volunteers to find solutions and not to the trans-national elite class of global managers. European countries have turned their backs on each other.

The agreement establishing the EU has been abolished without being replaced by any common measure: it’s each person for themselves and God for all. A significant amount of economic assistance has come from Trump, the man of walls not bridges. In order to get out of the economic crisis we have to go into debt, but each nation will pay its own debt, if it can: there is no financial solidarity between nations.

The picture has changed, and a new encyclical in the future will have to re-examine the entire file: international collaboration has nothing to do with globalisation, nations still have an indispensable natural dimension and identity, the sovereignty of nations (including financial sovereignty) is sacrosanct because even nations have the right to freedom in pursuing their own common good. A world political community does not exist, just as there is no such thing as a “universal citizen” who should be educated in a uniform way. Supra-national finance must be related back to the real economy, a sense of savings must be recovered besides just consuming, and the entities of family, people, nation, traditions, and territories must not be disjointed.