The number of illegal immigrants landing in Italy is reaching record numbers. With Sunday's landing in Pozzallo, 4600 illegal immigrants have arrived in the country since the beginning of the year, 20 times more than those who arrived during the same period in 2019, at the time when Matteo Salvini was Interior Minister. They come mainly from Libya, but also from Tunisia and Turkey. The phenomenon is also on the rise in Cyprus, where migrants are illegally crossing the border of Northern Cyprus, the republic born from the Turkish invasion of 1974. The Cypriot government accuses Ankara of encouraging human trafficking. 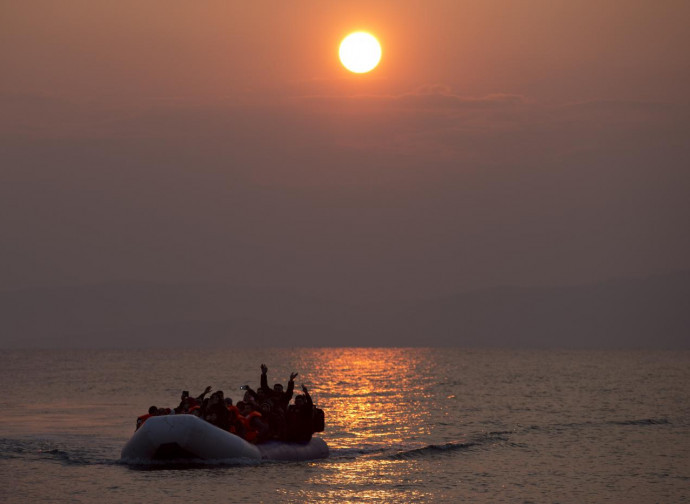 The arrival in Pozzallo, Sicily, on Sunday of 338 illegal immigrants from the ship Ocean Viking and a barge brings to about 4,600 the number of illegal immigrants arriving in Italy by sea since the beginning of the year. A record number, lower only than the flows recorded in the years of mass landings, between 2013 and early 2018, which highlights Italy's collapse in the face of traffickers and NGOs when compared with the approximately 3,000 landed in the first 50 days of 2021 and just over 2,000 in the same period of 2020.

However, the comparison becomes embarrassing with the 227 illegal immigrants who arrived in Italy between 1 January and 21 February 2019, when Minister Matteo Salvini was in charge of the Viminale, with migration policies radically opposed to those implemented by the Conte 2 government and the Draghi executive with Minister Luciana Lamorgese. In fact, compared to the first 50 days of 2019, the number of illegal immigrants landed in Italy has increased 20 times. Disconcerting data also recorded by the latest report of the European Border Agency Frontex, which published the report on illegal crossings of European borders in January noting that "on the central Mediterranean route, the number of arrivals was 2,150, 107% more than in the same month last year".

According to the report, two thirds came from Libya and the rest from Tunisia. Although in reality the numbers released by Frontex regarding Italy are incomplete and do not seem to take into account the landings in Puglia and Calabria from boats coming directly from Turkey, a route that has been booming since last year. In fact, the data released by the Viminale indicate that 3,035 illegal immigrants landed in Italy in January, almost 900 more than those recorded by Frontex.

Frontex notes a total number of 13,160 illegal crossings of the EU's external borders in the first month of 2022, 78% more than in January 2021 and 23% more than in 2020, according to the agency's preliminary calculations. The total number of illegal border crossings in 2021 was just under 200,000, the highest number since 2017. In January, the most significant increase was on the Western Balkan route with 5,826 arrivals mostly from Syria, Afghanistan, and Turkey, 148% more than a year ago. In contrast, pressure on the EU's eastern border (Belarus) decreased by almost 75% after it had been intense in 2021 with an increase of more than ten times over 2020.

On the Western Mediterranean route, directed to Spain, flows fell by 32% with 693 disembarked, 60% of them Algerians, while the West African route to the Spanish Canary Islands recorded a 50% increase with 3,007 disembarked, with half of the departures on this route coming from Morocco. Flows on the Eastern Mediterranean route to Greece and Bulgaria also increased, with 1,163 arrivals compared to 911 in January 2021, of which 303 in Greece. There was also an increase in the flows from France to Great Britain via the English Channel: in January they increased by 273% compared to the same month in 2021 with over 2,500 illegal immigrants detected. The number of people entering Cyprus via the border with the Turkish-occupied part of the island continued to increase. Illegal entries rose to 850 in January, 48% more than last year, according to Frontex. The most represented nationalities were Congolese, Syrian, Nigerian, Cameroonian, and Somali, confirming how human trafficking organisations manage to move illegal immigrants thousands of kilometres from Africa to Turkey and finally to Turkish Cyprus, seeking the most favourable routes. "Cyprus has a huge problem with illegal migration, for us, this is a state of emergency", Cypriot Interior Minister Nicos Nouris said in mid-February, adding that 4.6 percent of the country's population are now asylum seekers or beneficiaries of protection, the highest percentage in the EU.

The minister accused Turkey of encouraging much of the influx of Syrian refugees and arrivals from sub-Saharan Africa. Human rights groups and observers have criticised Cyprus for the squalid conditions in its main overcrowded migrant camp, rocked by clashes this month, and the alleged brutal treatment of some arrivals. But Nouris retorted that "it is brutal what Turkey has done to us" as new asylum applications had multiplied to more than 13,000 last year in a country of 850,000 inhabitants". Nouris denounced that every day 60 to 80 irregular migrants, led by traffickers, cross the 184-kilometre-long, UN-patrolled Green Line that bisects the island. Many of the new arrivals, Nouris said, fly via Istanbul to the Turkish part of Cyprus, recognised only by Ankara. "From there, with traffickers they find a way through the Green Line but stay on the island as Cyprus is not part of the Schengen zone." Nouris added that his government - having recently fortified a section of the Green Line with barbed wire - will soon build fences, step up patrols and, from the summer, install an electronic surveillance system.