The new norms issued by the Holy See remove the Pontifical secret on cases of delicta graviora (the most serious crimes) committed by clerics, such as the abuse of minors. This change takes away any sort of “canonical alibi” for bishops, who can now be prosecuted for the canonical crime of “abuse of the episcopal office” if they do not take action when a priest is accused. However, the new norms have consequences that affect not only open procedures but also closed ones. 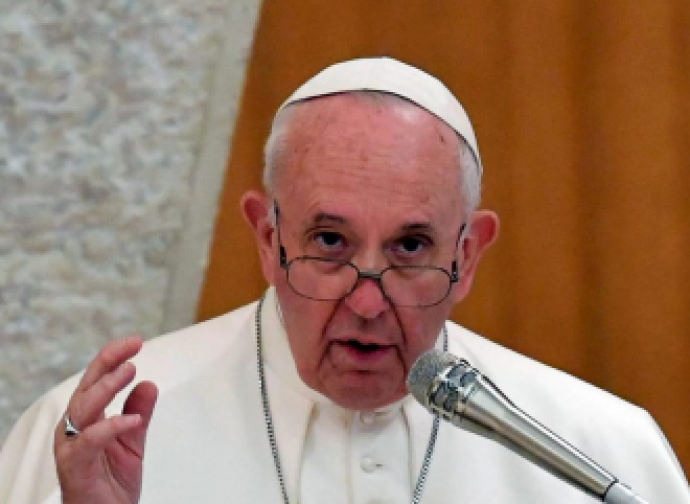 The promulgation of the Instruction "Sulla riservatezza delle cause" [“On the Confidentiality of Legal Proceedings”] has been all over the front pages of newspapers and websites because of its abolition of the pontifical secret in cases of sexual abuse of minors committed by prelates. On the other hand, the gravity of this plague has been confirmed in the last few weeks by the news that the office of the disciplinary section of the Congregation for the Doctrine of the Faith charged with handling accusations of abuse by priests dealt with over 1000 cases in its annus horribilis of 2019.

Monsignor John Joseph Kennedy, the head of the office, has spoken of “a tsunami of cases” that has “overwhelmed” his staff. The Instruction was promulgated by Francis and attached to a rescript signed by the Cardinal Secretary of State, and has the goal of facilitating collaboration between bishops and civil authorities. It is being presented as an attempt to demonstrate the desire of the leadership of the Church to oppose the widespread culture of abuse within the Church.

But what are the real consequences of the new Instruction on the juridical level, and what impact will it have on the action of the civil judiciary? The Daily Compass spoke with two experts on the matter: Carmela Ventrella Mancini, Professor of Ecclesisastical and Canon Law in the Law School of “Aldo Moro” University of Bari, and Claudio Gentile, Doctor of Canon Law and a specialist on this topic, on which he has written a book entitled "I delicta graviora contra mores. Normativa sostanziale e procedurale" [Grave Crimes Against Morals: Substantial and Procedural Norms].

The observations of these two scholars offers a more complete understanding of the important changes introduced by Francis in the document that was issued at the beginning of December and has been made public in the last few weeks.  The first thing that jumps to our attention is the abolition of the pontifical secret, which goes hand-in-hand with maintaining the so-called “secret of office” [segreto d’ufficio]. Claudio Gentile explains the difference between the two: “The secret of office is the confidentiality that all operators, in any system, including the canonical system, must hold regarding all matters known as a result of their work, and which they can reveal only under certain determined conditions. The pontifical secret is something even more stringent, a greater level of confidentiality, regarding situations that are vital for the Church (such as the appointment of Bishops), to the point that anyone who divulges information known under the pontifical secret is subject to the sanction of excommunication latae sententiae.”

“The pontifical secret may be compared in a certain sense to a state secret in the civil sphere.” The Instruction specifies that the secret of office “does not preclude the fulfillment of obligations established in every place by state laws, including obligations to report abuse, as well as the execution of the requests of civil judicial authorities.” This is an aspect that could make it easier to make requests for compensation directly to dioceses. According to Professor Ventrella Mancini, this is “what happened in the United States beginning in 2002, where various dioceses declared bankruptcy following the huge disbursements they were required to make to compensate victims of clergy sexual abuse. During those years, the United States Bishops’ Conference, in response to the numerous cases of sexual abuse of minors by clergy, in order to fight against pedophilia and ephebophilia, approved guidelines that, among the essential norms, foresaw the duty on the part of the dioceses to collaborate with civil authorities by giving them the notitia criminis whenever failure to do so would be in violation of civil laws.”

There is a need to clarify the nature of the pontifical secret that has now been abolished: its “fall” removes every canonical alibi from bishops who are determined to do nothing when they have to deal with abuse cases. But, as Professor Ventrella Mancini reminded us, the old norms “did not impose a chain of silence on churchmen, and the obligation to confidentiality did not prevent them from referring pedophilia cases that they became aware of to the civil authorities.” She continued to explain: “All of the canonical provisions on pedophilia neither required nor forbade reporting it to civil authorities, without forgetting that Francis has introduced, among the delicta graviora, the canonical crime of “abuse of episcopal office” for bishops who have not followed up on complaints they receive.”

The modifications introduced by the Pope, however, could have consequences that affect not only procedures that are still open, but also on those that have already been closed. “From this point on,” Ventrella Mancini clarified, “civil authorities, if they deem it necessary, will be able to ask to have access to the existing documentation, to the material kept in the archives concerning canonical procedures on cases of sexual abuse, and this could lead to the reopening of civil cases that need to be prosecuted according to civil law.”

However, as Claudio Gentile reminds us, we need to take into account that “situations vary according to each country’s laws, and in some systems, for example, there is the need for a prior complaint of the victim within a certain amount of time, and almost everywhere there are legal norms regulating these cases.” The Instruction "Sulla riservatezza delle cause," in continuity with what has been done in the last two decades, should bring greater transparency on this matter in the Church with the publication of jurisprudence on these specific cases. Last February, at the time of the Vatican summit on abuse, Claudio Gentile, made an analysis of the summit and expressed his hope for an intervention of this nature, illustrating its benfits: “Making known what has been ascertained by ecclesiastical courts is useful in many regards: first of all for the victims, who will know what conclusions have been reached by the proceedings that they initiated with their accusations; as well as for the accused, because if they are acquitted they will see their good reputation restored; also for the communities affected, because it will strengthen the sense of justice; for those who work in tribunals, because they will have legal precedents to guide them; and finally for doctrine, which will be able to analyze the solutions adopted and eventually propose further improvements.”