ISIS rears its head again in Syria and Iraq

In the first quarter of 2021 there were 566 ISIS attacks in Iraq alone, and in Syria things are no better. While NATO and Western countries pay lip service to fighting Islamic terrorists, in reality they are in retreat from all the battles fronts. And the US is only fighting pro-Iranian militias. 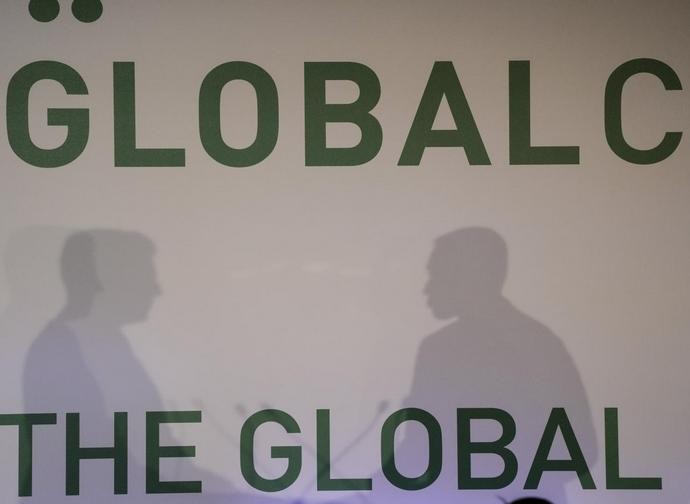 Although the Islamic State in Iraq and Syria lost control of its territory several years ago, it has not disappeared. On the contrary, in recent months it has resumed conducting warfare of limited intensity in eastern Syria and north-western Iraq.
Last March, the Middle East Institute (MEI) report, “US Policy and the Resurgence of ISIS in Iraq and Syria”, stated that IS “demonstrates both the ability and the will to retake territory, population, and resources in both Syria and Iraq”.

According to Iraqi military analysts, attacks are becoming increasingly complex and sophisticated, with operations targeting Iraqi army checkpoints and installations: in the first quarter of 2021, 566 actions were reported; and a recent assessment by the Terrorism Research & Analysis Consortium (TRAC) revealed that in August 2020 alone, IS conducted more than 100 attacks in Iraq, a 25% increase over the previous month.
In Eastern Syria, numerous incursions also hit the forces of the Syrian Democratic Forces (SDF), Kurdish and Arab militias supported by the US: in August 2020 alone, IS claimed 126 attacks across Syria compared to 144 in the whole of 2019.

The Pentagon itself estimated that the killing of Caliph Abu Bakr al-Baghdadi had no impact on the jihadists’ operations. The jihadist movement continues to carry out online recruitment and has considerable funding and cash flow, with reserves estimated by the MEI at between USD 50 and 300 million. The United Nations estimates that IS currently has more than 10,000 fighters in Iraq and Syria, 18,000 according to Pentagon estimates.

In Africa, where it has been reorganised in recent years, militias linked to the Caliphate are particularly active in the Egyptian Sinai, in the Sahel (where together with al-Qaeda’s “jihad rivals” they are destabilising states in the region) but also in Nigeria and Mozambique, the latter receiving military aid also from Europe to counter the Islamist insurgency in the gas-rich northern province of Cabo Delgado.
On 25 June in Mali, a suicide attack on a patrol of the United Nations Multidimensional Integrated Stabilization Mission in Mali (​MINUSMA, which deploys 13,289 soldiers and 1,920 international police officers), left one Belgian and 12 German peacekeepers wounded.
“We must continue the effort to reduce IS’s ability to organise activities and propaganda, and we are doing so”, said NATO Secretary General Jens Stoltenberg, even though the Atlantic Alliance is not actually involved in any anti-jihadist operation after the withdrawal (or rather flight) now completed from Afghanistan. This concept was reiterated by the US Secretary of State, Antony Blinken, during his visit to Rome, even though the American war efforts in Iraq have for some time been directed more at the pro-Iranian Scythian militias that are enemies of the Islamic State than at the jihadists.

On 27 June, Washington’s F-15 and F-16 fighter jets from bases in the Gulf launched new raids against pro-Iranian militias on the border between Iraq and Syria. According to the US Department of Defence, the air raids targeted operational and weapons storage facilities used by the pro-Iranian militias Kata’ib Hezbollah and Kata’ib Sayyid al Shuhada. The raid is thought to be in response to the recent drone attacks by pro-Iranian militias against Coalition bases in Iraq, particularly the one in Erbil, in Iraqi Kurdistan, which also hosts Italian soldiers training Kurdish forces.
The American attacks have infuriated the premier of Baghdad, Mustafa Al Khadimi, who has complained of the “flagrant violation” of his country’s territorial sovereignty. Protests to which the USA seems impervious. Blinken himself pointed out in Rome that “with these actions we have shown that President Biden is ready to act and defend national interests. We hope the message is clear”.

And that US interests are more concerned with fighting Iran and its allies than with stamping out Sunni jihadism has been evident since the previous administration led by Donald Trump.
The US raids have been answered by rocket attacks on a US base in eastern Syria, where the American presence is not only illegitimate (the Damascus government considers them enemies and invaders) but also aimed at preventing Syrian government forces from regaining possession of the region’s oil wells.

On 28 June, the summit of the 83 member states of the Global Coalition to Defeat Da’esh held in Rome, highlighted, at least in words, the concern for the renewed vitality of IS and other jihadist forces.
In fact, however, the West seems to have become “distracted” from the war on the jihadists. NATO and the US are leaving Afghanistan at the mercy of the Taliban, the French have decided to reduce their military presence in the Sahel, while in Iraq and Syria, as in Africa, the focus is more on helping out weak local governments than on increasing military involvement in anti-insurgency operations.

One wonders what happened to the slogan that has been repeated for almost 20 years to the point of exhaustion, which called for Western troops to be deployed on all the farthest jihad fronts to keep terrorism away from our homes.
Moreover, today the United States considers China and Russia to be the primary threats and is not interested in the Mediterranean and Africa, while the Europeans have neither the political and military capacity to identify their ‘priority’ adversaries on their own, nor to pursue autonomous and prolonged military strategies and commitments.

In recent days, the “Terrorism Situation and Trend Report” drawn up by Europol has taken stock of the lively proselytism campaign under way also via the web in the Old Continent and of the jihadist attacks still perpetrated in Europe, ten in 2020, concentrated mainly in France and Germany.
The latest occurred in the German city of Wurzburg, in Bavaria, where a 24-year-old Somali who had arrived in Germany in 2015 with the illegal flows (and was again defined as “deranged”) armed with a kitchen knife attacked passers-by in the city centre shouting “Allah u Akbar”, killing three women and injuring five other people.

“The phenomenon of ISIS is still standing and remains a threat” even with the end of the geographical caliphate in Iraq and Syria, “because it is supported by an ideology, Islamic extremism, so it won’t end. Perhaps in this phase it can take on other forms, other connotations that are more of a façade, but the substance remains the same, the revanchism of the Islamic world, that which does not accept any type of subjection. The general danger of ISIS exists because the ideological concepts on which Islamic extremism is based have not disappeared”, former SISDE director Mario Mori, one of Europe’s leading experts on terrorism, told the AdnKronos news agency.