Is it Magisterium or not? The tangled language of the Synod

What relationship is there between the exhortation  "Querida Amazonia" and the Final Document of the Synod Fathers? It has been said that the exhortation is part of the Magisterium while the Final Document is not. But the first calls for the application of the second, thus it seems to make it binding. The believer cannot believe in something if he does not know in what this “something” consists. Yet this new concept of faith disturbs many because it places everything in a state of fluid uncertainty. 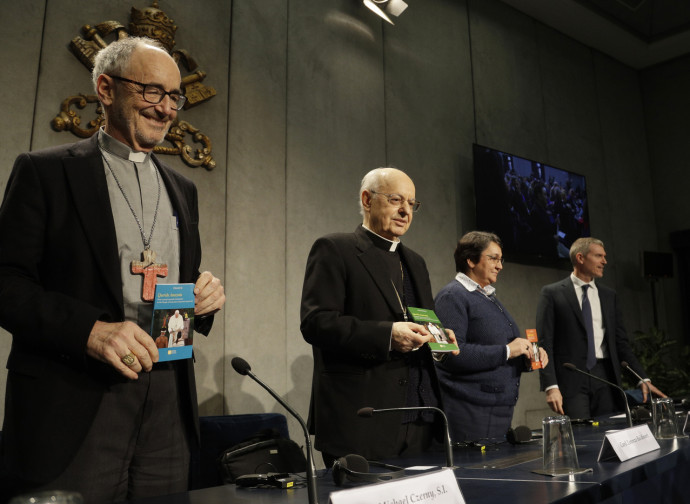 And so the Final Document is also magisterial. If magisterial documents have not only a theological logic but also a grammatical logic, then this is how things stand. It is therefore illogical to say that the Exhortation is magisterial and the final Document is not. And yet that is what is being said.

I am pointing out these contradictions and incongruences because today it is very difficult, if not impossible, to understand what part of the teaching of the magisterium is binding and what is not. The believer cannot believe in something if he does not know what that “something” consists of, and in what way it is distinguished from something else that is not the object of faith. In order to believe, one needs to know what it is in which one believes. With regard to the Synod and the teaching that follows it, this basic requirement has now become an impossible task, to the point that many give themselves to believing everything while others give themselves to believing only what the drums of the synod affirm.

At one time the Synod Fathers placed their work in the hands of the Pope, who then published a post-synodal Apostolic Exhortation. No final document was made public, only the words of the Pope. Thus the bishops and faithful knew clearly what they ought to give their proper assent to. There were those who gave assent and those who refused it, but this is another discussion. The important thing was that a text was produced that was a clear text.

Then came Amoris Laetitia, and nothing was as it was before. The Final Document of the Synod was made known, the Pope made a large part of it expressly his own, and everyone began trying to distinguish the parts of the Final Document that the Pope made his own, thereby making them part of the magisterium, from those that were not and thus did not become part of the magisterium. But on a fundamental point – the admission of divorced and remarried persons to Communion – the Pope did not make the final document his own teaching, but some bishops thought that instead he had made it his own and thus it had become magisterium, as the Pope later effectively confirmed. Thus, what the Pope had not said also became magisterium, and the Final Document effectively became more authoritative than the exhortation. The argumentation became more and more complicated, and the faithful only became more confused.

Then came the Synod on Youth, where a new development occurred. Not only the Final Document but also the preparatory document was considered magisterium, in addition to, naturally, the pope’s post-synodal exhortation. A month earlier the Pope had reformed the structure of the synod with an Apostolic Constitution (Episcopalis Communio, 15 September 2018), which established among other things that the post-synodal apostolic exhortation is no longer necessary in and of itself, since the Pope may also decide to confer magisterial significance directly on the Final Document.

Finally there came “Querida Amazonia” which, differently from preceding synods, did not make the Final Document its own, but then it turns out that it declares – magisterially and thus in a binding way, if it is truly magisterium –  that the Final Document is to be applied in full. Others say that here the Pope is merely advising and not ordering the faithful to read it and apply it, but while this could be true for the reading of the document, the same cannot be said for its application.

Since all this cannot be desired, the new picture is disturbing to many because it puts everything into a state of fluid uncertainty. It’s enough to look at the reception and application of Amoris Laetitia. I know that this will be considered only a journalistic provocation, but I would like to express a great desire: that we don’t have any more synods without first having clarified the precise meaning of their magisterial weight.