A Church of Ireland school teacher who refused to use gender neutral pronouns for a transgender student and went to school despite a court induction, has been jailed. "Religious freedom violated". The case will go to the High Court. 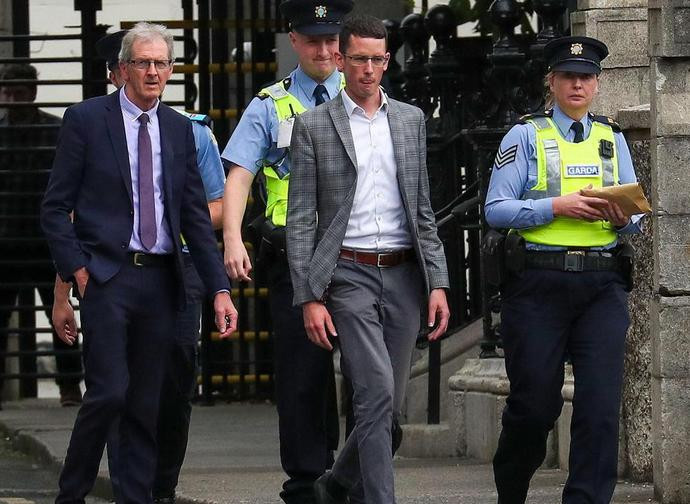 Is using what is considered an inappropriate pronoun sufficient to be sent to prison? Apparently, it is. At least, this is what happened a few days ago in Ireland to a German and History teacher who refused to kowtow his Christian faith to the application of gender ideology in his Church of Ireland School in County Westmeath.

The row between Mr Enoch Burke and Wilson Hospital School, is rooted in a directive the Principal, Ms Niamh McShane, sent her staff last May. The circular instructed staff to use gender neutral pronouns for one of the school’s students who wishes to transition from a boy to a girl. By request of the parents and the student, a new name is to be used and “they” instead of “he” when addressing the said student with a pronoun. Mr Burke, an Evangelical Christian, did not take kindly to the demand. Both sides have their own version of events.

According to his employers, Mr Burke took a belligerent attitude from day one. Not only did he object to the change of pronoun, he subjected the Principal, Ms McShane, to frequent verbal altercations requesting the directive be withdrawn. This included, last June, interrupting the school prayer service to mark its 260th anniversary causing staff and students to walk out. And causing a commotion at the school dinner for the occasion where staff attempted to disengage the Principal from Mr Burke’s obnoxious criticism. In consequence, on August 24, his employers decided to suspend him from his teaching position, put him on paid administrative leave and forbid him accessing the school while they conducted a disciplinary hearing.
But Mr Burke, a man of strong conviction, ignored the restraining order and went to school as usual everyday thereafter. As a last resort, the school turned to the courts for an injunction banning him from teaching and entering the school physically. When he breached the court order continuing to attend school daily, an application was made for his arrest. He was arrested on September 5, and taken to Mountjoy prison where he currently resides for an unspecified period of time or until he “purges his contempt” of the court order.

Mr Burke’s side of the story is quite different. He maintains that the case is really over him being denied his constitutional rights to religious freedom stemming from his refusal to comply with an unlawful suspension over his attitude towards a direction by the school to address one of its students by an incorrect pronoun. “It is reprehensible that anyone’s religious beliefs could be taken as a ground for misconduct or gross misconduct,” he said. His frequent attempts to dialogue with Ms Niamh McShane, he claims, were attempts to invite her to correct an outrageous abuse of power. He also insisted the directive imposed, being in violation of his freedom, had no bearing on his right to teach at the school. He emphasised that such a direction was against the "ethos of my school and the Church of Ireland".

He also pointed out that “transgenderism was opposed by all the major churches in Ireland, was contrary to scripture, and that in this instance he would "only obey God," and would "not obey man". He said that by agreeing to comply with his suspension would be akin to agreeing with transgenderism. “I would have to accept that sticking by my belief in male and female is wrong,” he said. “It is not something I will do. It is in violation of my conscience.”

In fact, the two days in jail served little to purge Mr Burke’s ideas. Instead, he returned to court on September 7 more determined than ever. He told the judge, that even if he had to remain in prison for "every hour of every day for the next 100 years" he would not compromise his beliefs nor agree to comply with the terms of the court order. If he was freed, he would continue to exercise his rights and return to his school. He was sent back to prison while the case waits to be heard in the High Court.

The story of the stubborn lone wolf against the pack has aroused considerable interest in Ireland and abroad. Typically news reports argue that Mr Burke is in jail not for his religious views but because he breached a court order. While technically true, this simplified version of events overlooks what is really at stake. In reality, Mr Burke is a protagonist of a more complex problem and not the first to fall foul of gender ideology. Another case, that attracted considerable media attention in 2016, involved Canadian university professor, Jordan Peterson. He sparked a similar polemic by refusing to be instructed to use gender-neutral pronouns. He was subjected to enormous social and political pressure, threatened with arrest but likewise refused to back down.

Professor Peterson makes an interesting political and historical case. "I've studied authoritarianism for a very long time - for 40 years - and they're started by people's attempts to control the ideological and linguistic territory," he has said."There's no way I'm going to use words made up by people who are doing that." "There's only two alternatives to that," he said. "One is silent slavery with all the repression and resentment that that will generate, and the other is outright conflict. Free speech is not just another value. It's the foundation of Western civilisation."

But, there’s a third consideration: gender ideology is increasingly under examination. In the United Kingdom and some European countries medical authorities are questioning if allowing minors to transition from one sex to another is good medical practice. The closing of the Tavistock Clinic, the UK’s only youth gender clinic came after an independent review found clinicians reported worries that some patients were referred onto a gender transitioning pathway too quickly causing immeasurable damage. Keira Bell, 25, one such victim, brought a high court case against the Tavistock because she was prescribed puberty blockers at the age of 16 but later changed her mind over her decision to transition to male. She argued the clinic should have challenged her more over her decision to transition.

It’s easy to criticise Enoch Burke’s choice for ‘outright conflict’, but if the vast majority continues to opt for ‘silent slavery’ they might find the future of repression is not far round the corner.