It’s months now that the Dublin government has kept a ban on celebrating First Communions and Confirmations under the pretext of avoiding the festivities that follow. The bishops denounce an attack on religious freedom, but it is also a testimony of how increasingly anti-Catholic Ireland has become. 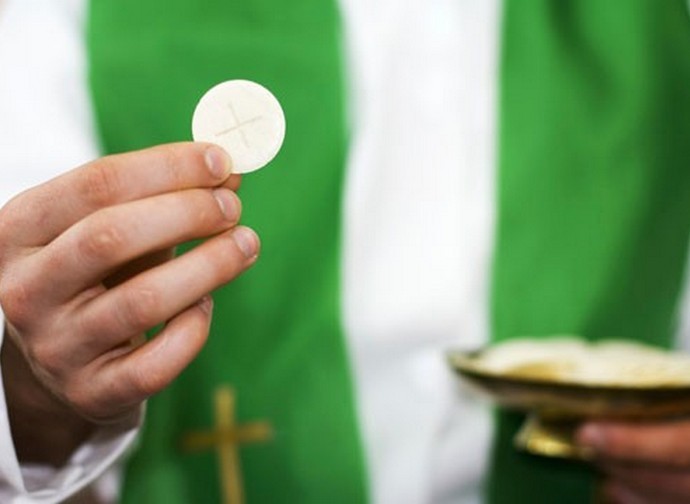 In a June 29 press conference, Ireland’s second most important political figure after the prime minister announced that First Communion, Confirmation and Baptisms were banned until further notice. The announcement came as part of a delay in lifting restrictions on indoor dining and drinking, among other elements of society still under lockdown in Ireland.

This was the main point for Tánaiste Leo Vardkar’s conference, during which he was asked about the sacraments. He responded, “They’re off, unfortunately” – and that was it. Prior to the Tánaiste’s announcement, First Communions and Confirmations were slated to begin July 5 onwards. This was itself a delay, as public worship has been allowed since May 10, with the number in attendance depending on the size of the Church.

Immediately, the bishops expressed their displeasure at the announcement. The Primate of All-Ireland, Archbishop Eamon Martin, called the Government’s treatment of the Church “grossly disrespectful”. Not only had much planning been put into celebrating First Communions and Confirmations after great delay, the Bishops were infuriated at the complete lack of consultation. Equally, up to the Tánaiste’s announcement, Baptisms took place at the discretion of the various diocese. Now, the Government took an official stance ­­– “they’re off, unfortunately”.

For once, there was a hue and cry from the general population and a number of politicians jumped on the bandwagon. The Government was criticised for its gross unfairness in banning the gatherings, and especially for the way in which it was announced. That the chief medical officer (CMO) said neither he nor the National Public Health Emergency Team (NPHET) had called for the Sacraments to be postponed added fuel to the fire.

Partly because of this, Mr Varadkar will approach the CMO Dr Tony Holohan to ask how the sacraments can be safely conducted over the course of the summer. We wait, without much hope, as to the resolution they reach – it may be the autumn before the sacraments will finally take place.

Meanwhile, the attempt to pick-and-choose the Sacraments the Church is allowed to practice has led some bishops and politicians to question the effect it has on freedom of worship. Bishop Tom Deenihan of Meath diocese called the decision a political one “that was made without consultation with Church authorities”.
“I remain troubled that any Government or Government minister can cancel the celebration of religious worship or the sacraments while, crucially, saying at the same time that what happens within a church is safe. This goes to the heart of freedom of worship,” he said in a statement this July 1.

The justification the Government has continually given for the postponement of Communions and Confirmations is not the church celebration: it is the gatherings afterwards that concern them. In Ireland, First Communions and Confirmations are as much social outings as they are Sacramental. Children are prepared for the sacraments in the schools, and it is unusual for anybody to sit them out.
They are a big day for young people, a rite of passage whether or not you remain in the Church afterwards. The sacrament ban has highlighted this once again – and reminded us that the party often means more than the sacrament itself. That’s a story for another day, however, as the key issue here is whether the Church should be responsible for what happens once people are out of a Church setting.

The Irish Government is asking of the Church to take on exactly that responsibility. So far, the Church has acquiesced, unlike – for example – bars, restaurants and shops, who have sold alcohol and effectively facilitated parties over the course of the recent lockdown. It could be argued that this is the charitable thing to do – the Church does not want to encourage behaviour that could result in an undue spread of the virus.

But if that’s so, why is it only now the case that alternative solutions are being sought to facilitate the celebration of the Sacraments? And why is the situation so different in Northern Ireland, where First Communions and Confirmations have been taking place for months? Finally, is it fair that the Church is called to order for the illegal gatherings which, as a teacher pointed out to me recently, are taking place regardless?
These are exactly the questions the bishops are beginning to ask, such as Archbishop Eamon Martin – whose own diocese straddles the border between North and South Ireland – and Bishop Deenihan, whom I quoted earlier.

As a final note, a recent campaign was run by Christian charity Aid to a Church in Need to raise awareness of the plight of Christians in this country. Mass was celebrated across the country at “Mass rocks”, where during penal times priests would secretly bring the Sacraments to the faithful.
We are not in penal times today – but the campaign is a reminder that we are facing an increasingly anti-Catholic country. The Church has no moral or political power anymore, and decisions like banning the Sacraments may be taken on a whim with little fear. It does not bode well for the future.