Inflation, a hidden tax and no help to any crisis

Those who live on fixed incomes - wages, salaries, pensions – during times of high inflation, see their purchasing power erode over time. And yet the central banks, starting with the United States Federal Reserve, are definitely aiming at inflationary models, believing that they can help the state and companies overcome crisis by devaluing their debts. Unfortunately this is a tragic illusion and we will pay dearly for it. 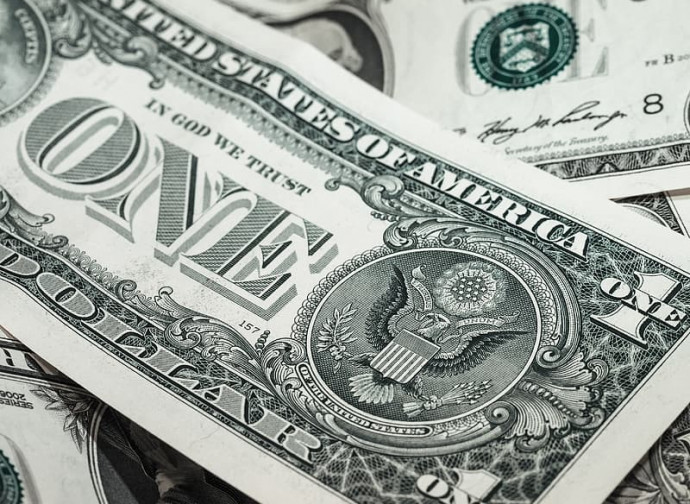 Since money is first and foremost a means of exchange, it is clear that its "real" value will depend on its actual purchasing power, and how this changes, in time and space. How many hours of work does it take to buy a kilogram of meat? How many months of salary does it take for a worker in Italy in the year 2020 to buy a small automobile? Or how many years doe a worker have to take out on his mortgage? Is it easier today compared to 10, 20 or 30 years ago? Who is better off nowadays, an Italian, a German or an American consumer? The point here is not to create a competitive rankings list, but only to draw attention to the fact that what matters is the "real" value of money and not its "nominal" value.

Whoever lives on fixed income - wages, salaries, pensions - in times of high inflation sees his purchasing power erode over time: income received, in fact, tends to adjust late, and often only partially, to the rise in consumer prices. Given the same amount of money spent, the amount of goods consumers can purchase decreases over time. The same also applies to accumulated savings: if the nominal yields collected are lower than the inflation rate - and therefore the real yields are negative - any savings will be inevitably eroded in "real" terms (i.e. in terms of actual purchasing power) Inflation, in other words, is like a hidden tax which make cosumers poorer. It does not seem, therefore, that a blanket rise in prices is in the interest of small-scale savers and of those who live on working or retirement incomes.

Nonetheless, all the major Central Banks in the world pursue an inflation target that is below but near to 2%. Indeed, at the traditional annual conference in Jackson Hall at the end of August, the president of the United States Federal Reserve, Jerome Powell,  announced the beginning of an even more aggressive monetary policy: henceforth, he said, inflation in the US will also be able to go beyond the 2% ceiling to offset periods when it remained below this level. For Powell, the American economy has shifted, therefore, to an "average" inflation target of 2%. The Federal Reserve, thus, aims to keep its hands free in terms of continuing with its ultra-expansionist monetary policies and asset purchases (via "quantitative easing") even if this threshold is exceeded. Other Central Banks could follow, in suit, to avoid an otherwise very probable and very undesirable appreciation of their respective currencies (the euro, Japanese yen, British pound and Chinese yuan, just to name a few of the main ones) against the US dollar, which, in fact, for some months has begun a bearish trend after years of strong increases.

Why do Central Banks set inflationary targets? A first motivation is that wages, salaries and pensions cannot easily be lowered, yet the same result can be obtained by inflating prices. Thus, while remaining unchanged or rising in nominal terms, fixed incomes are devalued in real terms, with the general public being hardly aware of it. This is a way to recover "competitiveness" that is less evident and "politically" easier than slashing nominal values of salaries or pensions. It is no doubt underhanded, but certainly effective.

However, the primary motivation for today's inflationary strategy seems linked to the sustainability of enormous amounts of public and private debt accumulated over the last few decades. Even before the COVID-19 pandemic hit nations, total world debt amounted to roughly $US 250 trillion, more than 100% of world GDP. Global debt has begun to skyrocket, well in excess of the dynamics of the real economy, especially since the Great Financial Crisis of 2007-2009. The ultra-expansionist monetary policies pursued by Central Banks (to manage the current crisis with interest rates heading towards and below zero per cent) have only incentivised borrowing by governments and private individuals. This has been driving debt to out of control levels, even before the COVID economy started. As Powell stated in November 2019 at the US Federal Reserve: "Debt is growing faster than the economy. It is very simple. This is by definition unsustainable." Since then the situation has gotten much worse: public debts have increased further to address the ongoing social-health-economic emergency - and will increase even more - while the world's economies have entered into deep recession. This is a deadly economic cocktail.

If interest rates were at historically normal levels, many countries like Italy as well as large private companies around the world, would not only be able to reduce their debts, but also to pay associated interest, the so-called "debt service."

The global economic crisis triggered by lockdowns, imposed by the overwhelming majority of governments, is however causing a massive deterioration in budgets of states and individuals, thus making accrued debts even less tenable. The "care" banks show by issuing loans at near-zero interest rates is no longer enough to resolve the crisis. Central Banks are clearly pursuing inflationary targets, which they hope will lead to "real" yields (i.e. net of inflation). In the past few years they have never succeeded in this because enormous flows of liquidity injected into the financial circuits were dumped only on financial assets. This caused asset inflation, with stock exchanges and bond prices rising in unison, in a manner unrelated to the fundamentals of the real economy.

Just think that total global liquidity was around $40 trillion during the Great Financial Crisis of 2007-2009. It then doubled at the end of 2019 and is currently at $88 trillion (i.e. about 8 trillion more since the COVID-19 lockdowns). This translates into a rate of hundreds of billions of dollars more each month. A river of cash created from nothing helps makes the stock exchanges fly while the economies are tightening. In the face of such a discrepancy between financial dynamics and real dynamics, does anyone still question the "financialisation of the economy" and the leading role assumed by the Central Banks? Instead of "wild liberalism", therefore, it would be more correct to speak of "financial socialism."

It is important to understand, over and above formal statements, that the main objective pursued by Central Banks is to deflate (in real terms) the enormous burden of public and private debt. In order to avoid the "de jure" defaults of insolvent debtors, Central Banks aim to unload the excesses of debt over time, focusing on "de facto" defaults to the detriment of creditors.

This is obviously a zero sum game: the "devalued" debts correspond, on the saver-investor side, to devalued receivables. Savers, especially low-risk investors, will face a marked loss in their purchasing power in near future because they will not be able to protect their savings against rapidly rising inflation. If a 2% annual inflation rate seems to be low - as long as we do not go any further - consider that with zero nominal rates (and therefore a negative real return of 2% per annum) in just 10 years their assets would lose more than a fifth of their original value. Inevitably, savings will be discouraged, with an incentive to consume as well as to make risky investments in financial markets and in the real economy. Moreover, as time passes, their salaries or pensions will struggle to keep up with rising consumer prices. Inflation has always been, and will be even more so in the years to come, a way to covertly and unfairly transfer wealth from savers to spenders, from creditors to debtors. Of course, we do not talk about it in these terms and we prefer, instead, to present it as a "cure" to overcome economic crisis.

The risk of stimulating inflationary dynamics, even in consumer prices, in the months ahead becomes significant now that the Federal Reserve has indicated its strategic aim "to boost the economy and jobs." Thinking that inflation generates real economic growth and employment in the long run, unfortunately, is only one of the many economic fallacies that survive. This is so, despite what economic history tells us about long periods of economic crisis coupled with deflation or during periods of severe crisis and unemployment accompanied by price wars. As we recall, there is the example of “stagflation” of the 1970s that demonstrated the inconsistency of the Phillips curve which would have inversely correlated inflation with unemployment.

The world doesn't need "inflation" to get going again: falsifying the real value of money, altering the relative prices of goods and services, real estate and financial assets, devaluing currencies on which choices of consumption, savings and investment are based, bailing out zombie businesses to the detriment of savers isn't a veritable solution to the crisis. At least not for everyone.

If the root causes of the crisis are "real" - demographic ageing, out-of-control public spending, over-taxation, over-regulation and growing state interventions, ineffective justice and public administration, moral crisis, etc.., then the solution is certainly not found in some "financial" or "monetary" form of alchemy. The pursued "inflationary exit from the crisis" will result in a partial "de facto consolidation" of debts to the disadvantage of creditors and a reduction in real terms of wages, salaries, pensions and in general of all fixed income. The financial imbalances will perhaps decrease, but we will all become a little poorer in the end. In particular, the middle class will come out of it badly: these are the unfortunate rules and outcomes of the Central Banks’ financial socialism in which moral hazard is encouraged. But then when things go badly, the bill is given to savers and taxpayers.

Let's go back to the initial question. De we want inflation or deflation? Can we save or spend our way of severe financial crisis? With inflation, it is savers who pay the bills, without even knowing it. The sharp rise in gold prices since the beginning of the year is a good gauge of the growing risk perceived by investors regarding a probable loss of purchasing power of their money in the months and years to come. The process has only just begun.