The death of Boko Haram's leader, following a violent clash with ISWAP Islamists, is a sign of the internal competition for jihadism taking place on African soil. ISIS-affiliated groups are attempting to impose their control over vast swaths of Africa by filling vacuums left by governments. To counter  jihadists, what is needed above all is a new social contract between politicians and citizens. 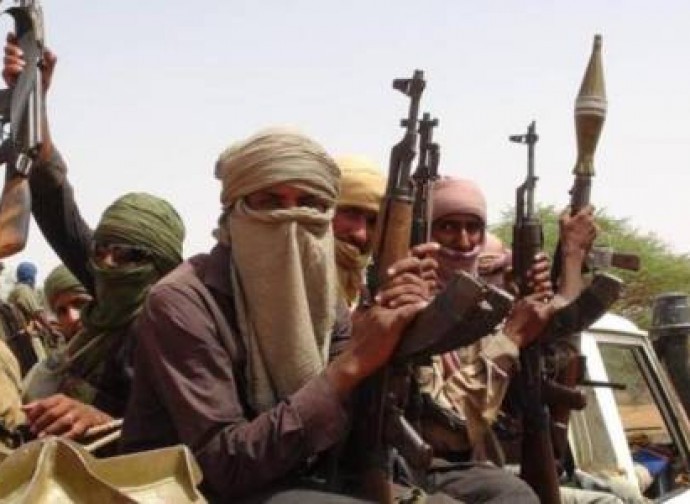 In a June 16 video message, Nigerian Boko Haram jihadists announced the passing of Abubakar Shekau, their iconic leader since 2009. Shekau’s replacement, Bakura Modu, said he died "as a martyr" in combat. However, Shekau was not slain by Nigerian troops, but rather died of wounds sustained during an armed conflict with ISWAP, the Islamic State of West Africa Province. ISWAP was originally established in 2016 by secessionist Boko Haram jihadists who had affiliations with  ISIS which at the time had proclaimed a caliphate in territories conquered in Syria and Iraq. Particularly since 2016,  it is in the Sahel and in the adjacent sub-Saharan strip  where jihadist groups with ties to al-Qaeda and ISIS began to compete for consensus, land domination, and resources, often resulting in armed confrontations. They competed in the number and scale of attacks in order to prove they were the strongest, most unscrupulous and willing to do anything to win.

The direct consequence is that jihadist groups have expanded and consolidated their presence in Africa in just a few years. Groups affiliated with al-Qaeda and ISIS are operating almost unopposed now in Nigeria, Mali, Burkina Faso and Niger. In Somalia, often their advancements have been stalled but, they have been able to carry out constant attacks in the heart of the capital Mogadishu. They have been also increasingly aggressive and successful in destabilising the Democratic Republic of Congo and Mozambique. The greatest threat at the moment comes from groups affiliated with the Islamic State who are trying to impose their control over vast swaths of African by filling voids of institutions and services left by corrupt and careless governments.

This is the case with ISWAP in Nigeria and in the Lake Chad Basin where, under Abu Musab al-Barnawi's leadership, it is creating a veritable zone of "jihad governance." It did not take al-Barnawi long to find support and consensus among the population that feels deserted while deprived of basic services and infrastructures. Although ISWAP's methods are often violent and authoritarian, it offers the people more than they receive from their family structures and local governments. ISWAP helps protect against livestock theft, builds wells, and provides the necessary order and security for people to work and lead a social life. It even provides some basic health services. The communities living around Lake Chad appreciate ISWAP. Recently, jihadists have begun to collect fees in some areas. Moreover, they are trying to limit raids for plunder, loot that is then distributed among the fighters in lieu of and in addition to wages.

Once jihadist groups are established, eliminating them becomes extremely difficult. For an organisation like ISIS," says Vincent Foucher, an expert on Islamic extremism in Nigeria, "Sub-Saharan Africa is the place where they can achieve the maximum results with the minimum investment of resources." Rida Lyammouri of the Clingendael Institute, a Dutch research centre, is of the same opinion: "They are identifying specific areas and communities where they can establish ties and take root." She gives an example: "In Mali, in a village near the border with Niger, fighters amputated a hand and a foot from three men convicted by an Islamic court of robbing bus passengers. The punishment was carried out on a market day in the presence of a large crowd. Similar incidents were reported in northern Burkina Faso, where ISIS hopes to expand its reach. Thus, ISIS shows that it wants to ensure law and order and local communities do not care about the methods used to achieve this."

From another point of view, the analysis of researcher Marc-Antoine Pérouse de Montclos in "Rethinking the response to jihadist groups in the Sahel", published last March by the British policy study centre expresses the same alarming considerations. Reflecting on the consequences of the French decision to downsize its military presence in the Sahel, his report starts from the observation that two decades of international military operations against jihadists in Africa have shown that, despite some successes, foreign intervention is not and cannot be the solution. Futhermore, Pérouse de Montclos  says foreign powers cannot replace African governments that are incapable and reluctant to fight jihadists, who in the meantime have become stronger while rendering vast stretches of territory ungovernable and fuelling ethnic violence. Yet, in Africa, more than the call for holy war, what is now paving the way for adherence to Islamist groups is a combination of weak governments, corruption, brutal repression of dissent, scarce state institutions in rural areas, as well as poorly security and military forces.

At the conclusion of the Chatham House study,  it was said any success against jihadists depends above all on the good will (rather than the ability) of political leaders to reform and renew their social contract with the citizens, especially in rural areas. ISIS is making inroads in the eastern part of the Democratic Republic of Congo and in northern Mozambique where it sows terror amongst a defenceless population. When it then proposes itself as an alternative to the state, which is only capable of predation and repression, like ISWAP, it will find consensus and recognition.