If Ireland is anti-Catholic, the Church is also to blame

The origin of the Irish Church's crisis of credibility is not due to the sexual abuse scandal, but of a moralistic and sentimental conception of faith inculcated in the distant past. And by an educational system that disembodied faith from reality. Catholic writer John Waters describes what took Ireland to secularisation at lightning speed. 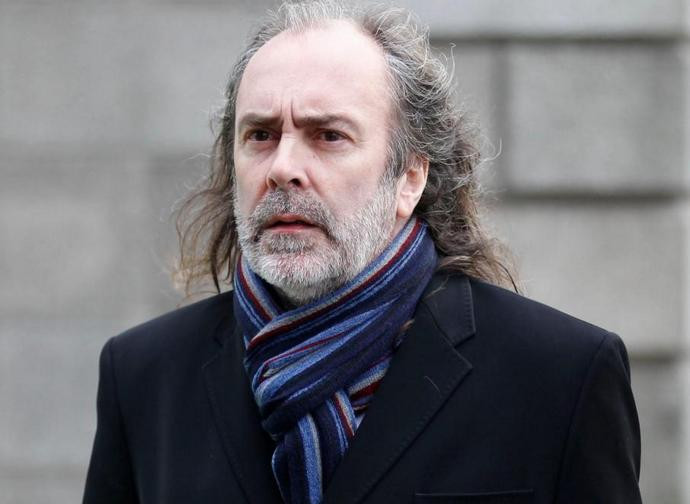 The stereotype of an extremely Catholic Ireland, an island of saints and Celtic monasticism, a 'papist' fort in northern Europe, still resists in the rest of the world. It’s an image that has not corresponded to reality for a long time. The relentless advance of secularisation in the land of St. Patrick has become evident in recent years. From 2015 to 2018, in fact, the majority of Irish people first voted for the legalisation of homosexual unions, then to repeal of the VIII amendment of the Constitution which prohibited abortion in all its forms. Before that, the law allowing the adoption of minors by same-sex couples was introduced. This season is represented by the face of Leo Varadkar, centre-right exponent and elected prime minister by Parliament in 2017. The current Taoiseach is a strong supporter of the 'rainbow' cause and has not hidden its enthusiasm for the introduction of abortion, called "the the culmination of a peaceful revolution that has developed over the past 10 years. " One of the most tenacious opponents of the 'peaceful revolution' taking place in the Republic of Northwest Europe is John Waters, columnist for the American magazine "First Things" and a well-known face at home. He explains to the "Daily Compass" the process of secularisation in Irish society which has taken place in recent years.

In the 2018 66,4% of the Irish people voted for abortion. What went wrong in the NO campaign for the referendum on abortion?
I'm not sure we can say that anything went wrong with the No campaign, or at least that some fault of the campaign indisputably led to the loss of the referendum. The forces aligned in favour of abortion were formidable, ruthless and profoundly corrupt. Vast amounts of foreign money had illegally been pumped into the pro-abortion campaign for years beforehand. The media was almost totally lined up on the pro-abortion side, and the political system likewise. The so-called 'debate' was stage-managed by corrupt journalists to ensure that inconvenient arguments would not be heard by the public. The entire establishment had decided that abortion would be made legal, and therefore that the protection of the life of the unborn child would be removed from the Constitution — at any cost.

Why do you think the pro-choice activists wanted to ban the use of sensitive material (such as viewing a video of how a baby is aborted) during the referendum campaign?This is a central element of the pro-abortion campaign worldwide: to obscure from the public the true nature of what abortion is, and construct a spurious discussion comprised of euphemisms and evasions to suggest to a gullible public that the issue is 'reproductive rights' or the welfare of the "mother' who does not want to be a mother. In reality; all but a tiny handful of abortions are wilful killing of an innocent human being. But if you can count on the collusion of a totally corrupt media, you can successfully sell such understandings and cast this reality into shadow.
An article I wrote for First Things expands on some of these thoughts (here).

In the last 35 years, 150,000 Irish women went to England to get an abortions. Many of those promoting Yes vote have argued: “if they’re going to do it in England then they might as well do it here”  This has been a significant factor in why the Yes campaign won the referendum. Why?
I think this has to be seen as part of an overall strategy, the strategy of euphemism and evasion I have described. There is this series of reductions: we are talking about a simple procedure; it has to do with a woman's choice and her right to protect her life/health; Irish women are having it done all the time anyway, so they may as well be having it done in Ireland. All this creates a fog of moral confusion around the real questions at stake, and that is the exact purpose of the strategy.

Yours was the Island of Saints and Scholars. The Irish Church appears weak now. What was the role of abuse scandals in this decline?
I think the abuse crisis created an alibi for people who had already lost interest in Catholicism because of the simplistic and moralistic manner in which it had been passed on to them over many decades. This is a long story, going back to the 'famines' of the 1840s, following which a new form of Catholicism was ushered in as an attempt to prevent the recurrence of such a catastrophe. This Catholicism was, as I say, highly moralistic, rule-based and sentimental, very simplistic in its presentation of the core moral questions, and quite devoid of a visible reasonable basis. This lack of a reasonable basis confounded many Irish people growing up, so that they lost any sense of the plausibility of the Christian proposal, and merely went along with it for social or family reasons. The abuse crisis gave such people an excuse which they could readily articulate as to why they no longer wanted to be part of the Church. In many ways it is a profound failure of education, and the church is largely to blame for this, for altogether different reasons. After independence in 1921, the Church took on the running of the education system, which up until then had obviously been run by the British government. This system was essentially Protestant, which is to say that it treated the world as a set of discrete subjects, each separated from the others. One of these subjects was Religion, which was taught in my lifetime — by representatives of the Catholic Church — as though it were a completely distinct element of reality, without connection to science, mathematics, civics, history etc. So, you might say, the Church contrived to educate generations of Irish people out of Christianity, by suggesting to them that the basis of their own generation and the generation of the world they inhabited, could be viewed as an additional — and somewhat optional — 'subject' on the syllabus. This, I believe, was a far more crucial factor in the destruction of Christianity in Ireland than anything to do with sexual abuse.

Irish hospitals will be obliged to remove crucifixes and other religious symbols from wards if a patient asks. How do you judge this development?
The Irish have been taught to hate themselves and everything to do with their history and culture, so their reflex response is to embrace outside elements as an excuse to jettison anything indigenous. This is a core symptom of the post-colonial condition, from which Ireland suffers without knowing. This is why we are so anxious to adopt any new fad or fashion that will gain us attention and praise from the 'liberal' world. It's why we support having companies like Google and Apple coming to Ireland to dodge tax and tell us how to run our country. Pluralism, Irish-style is the hole in the doughnut: everything is to be respected except the host culture, which must be abolished out of 'tolerance'. This is what we now call 'our culture of diversity'. We celebrate the defeat of Catholicism and the diminishing of congregations in Irish churches, hailing it as evidence of our modernity. It does not seem to occur to many that, in a couple of decades, our children and our children’s children will watch from their living room windows as new congregations pass their gates on the way to the mosque on the corner, people who have no connection to Ireland other than they came there to avail of social welfare and free housing many years before, but will by then amount to the new inhabitants of our once great Christian nation. The new religion of Ireland will be Islam, and the Irish will be an utterly rootless and confused minority of lukewarm atheists who wish they might have been something else but will not know by then what on God's earth that might be.

In just 3 years  many things have changed: same-sex “marriage”, children adopted by same-sex couples and access to abortion. Irish society today is no longer able – to paraphrase Peter Berger – 'to talk to the angels'?
No, but in some ways the question does not address the complexity of all this. The Catholic Church was almost entirely absent during both of the referendums, especially the gay marriage vote, on which many priests were clearly on the pro-LGBT side. In the abortion referendum the bishops deliberately hid away, leaving it to laypeople to make the argument for the protection of the unborn child, and then often attacking the same laypersons if they felt they went too far, or whatever. The media tried to dress both issues up as a battle between 'progressiveness' and Catholicism, but in reality there was almost no official, institutional Catholic presence on either battlefield. The only sense in which the Catholic thing became relevant was that, notwithstanding the Church's absence from the fray, the media were able to represent both questions as this heroic battle against the forces of traditionalism, obscurantism and reaction, whereas on both instances the core of the arguments made against the amendments were to do with human rights: the right of normative families and parents, in one case, and the most fundamental right to be born in the case of the second referendum. This became the necessary battlefield, given the failure of the Church to engage the arguments at a theological level.