“I baptise you female and confirm you male.” Turin Church break rules for trans

In Turin, a woman "becomes" a man and then asks for Confirmation. The parish priest turns to the curia and the Diocese gives its consent: "Yes to Confirmation with the new name, but the natural name is to be written in the baptismal register with a note on the sex change". The Daily Compass recounts the parish priest’s dilemma, the curia’s email  giving consent and the new stage in the demolition of Catechism: if nature no longer counts and only personal "rights" do, then demise is inevitable. 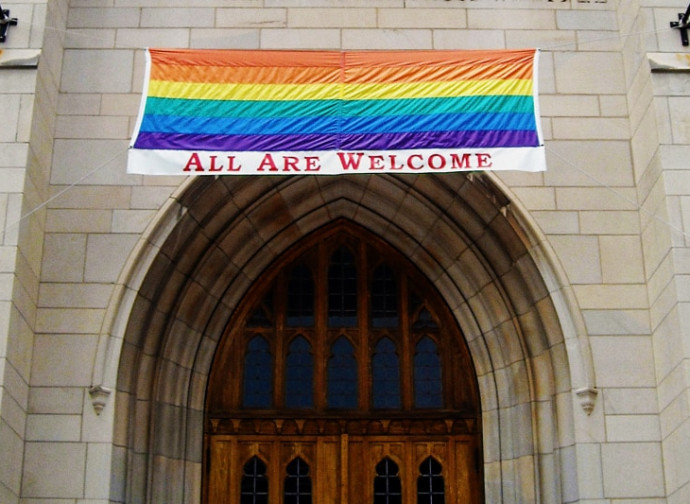 “I baptise you female… and I confirm you male”. Church and trans. How could a case on granting permission for the Sacrament of Confirmation be missing from the already long list of notable episodes? Apparently not, and the permission comes from, even if it means changing names multiple times for the person who was formerly a he and now calls himself she, or possibly vice versa, - as a forerunner - the diocese of Turin which just a few days ago authorised a parish priest to celebrate a Sacrament of Confirmation under these conditions.

Authorised, does not automatically mean the celebration will go ahead. In fact, when the Daily Compass spoke directly to the parish priest, who should in any case be delegated directly by the bishop, it was clear he is reluctant to pick up the pace on the sacrilege of a rite that would take sex change for granted, something  which the Church still condemns as a moral disorder. But the facts that have emerged from the diocese and therefore from the bishop, confirm there is unreserved permission to confirm the person with their "new" name,  in contradiction with that of their baptism.

The facts, as verified by the Daily Compass, are as follows:
A request for Confirmation in the parish of the Stigmata of San Francesco d’Assisi is made by a woman who, after sex reassignment surgery, now calls herself male. Does this imply, there’s no problem to be baptised male and confirmed female? The parish priest Don Antonio Borio turned to the Curia for advice and the Curia, with diligence, replies as follows: confirm the person with their new name but record the natural baptismal name in the register, adding at the bottom the date and protocol number of the sentence of the civil court which certifies the occurrence of the sexual reassignment.

Perplexed by the reply, the parish priest discussed the matter with various parish collaborators and other confreres. And so by word of mouth the news soon spread beyond the borders of Piedmont.

Does this imply a go ahead for trans people to receive the sacraments? The matter might be delicate, but fundamentally, once the new name is recognised, in this case masculine, the damage is done and any possible extenuating factors of a moral nature fall by the way.
In fact, to receive Confirmation, or the Sacrament of Confirmation, the candidate must be admonished to present themselves in a state of grace, otherwise a sacrilege is being performed. By accepting the change of name, the Church would also be accepting the person’s disordered lifestyle which contradicts creation.

But to understand how the permission was granted, let’s return to events in Turin. The pastor in question who was contacted multiple times by the Daily Compass, finally admitted that such a request existed: "Yes, it's true, there was a request from a woman who is now male, but she is not one of my parishioners, I was introduced to the person. I asked the Curia and the Curia's response refers to a note from the CEI (Italian Bishop’s Conference) presidency of 2003 which, however, dealt with the recording of the baptisms of people who subsequently underwent the so-called reassignment".

Not exactly the same case, but there’s a connection or so it seemed to the diocese of Turin - which is preparing to welcome soon its new bishop Roberto Repole - in order to authorise the Confirmation with the new name. In the email written by the archiepiscopal chancellor Don Alessandro Giraudo - which the Daily Compass has read -, in fact, the parish priest is authorised to celebrate the Sacrament by calling the candidate "with his current name".

This means, to be precise, a go-ahead to the sacraments for trans and accepting sex change as something natural.

But the real point to reflect on is that with this answer, the diocese of Turin confirms the fact that it’s possible to be in a state of grace, even after having denied nature. It is the serious mistake of modernity, which puts the person before nature, because if nature no longer counts, only the person, with his "inalienable rights", then everything falls through.

But even if the Confirmation at Stigmata does not go ahead, the diocese's response is there to remind us that a precedent has already taken place, and this automatically facilitates the next request. And so from precedent to precedent, the practice will be confirmed because the "process" which is demolishing the Catechism has started and it seems there’s nothing in its way to stop it. Like Germany, also Catholic Italy is capable of landing a few blows.