A major hurricane hits Louisiana and the refrain of climate change warnings begins again. But all the data show that there is no increase in extreme events, while a comparison with the past shows how important adequate development is to minimise the damage of such events. 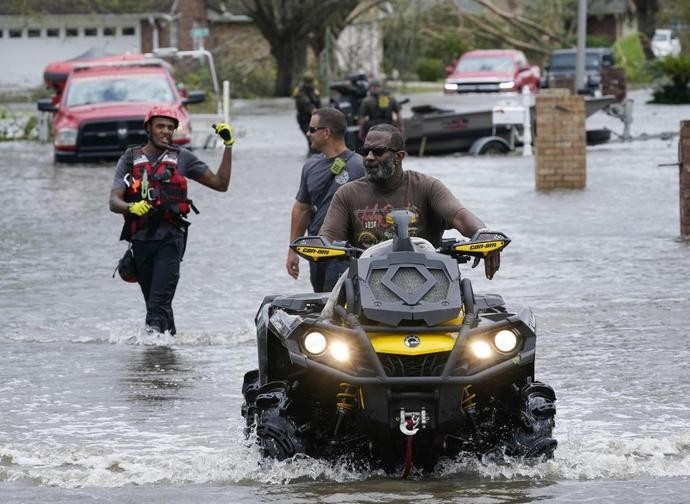 Hurricane Ida has arrived on the coast of Louisiana, with its aftermath of damage, including one fatality. This has rekindled climate change alarm with the axiom of the increase in extreme and catastrophic weather events. Thank goodness Donald Trump is not the president, otherwise he would have had to face a public trial like George Bush Jr. did in 2005 over Hurricane Katrina! As if unwillingness to sign international climate agreements automatically elicit a response from a supposedly antagonised Nature.

But since we are on the eve of another climate conference - the COP26 in Glasgow in November, which will be preceded by a pre-summit in Milan at the end of September and beginning of October - the hurricane season in North America is a perfect time to relaunch climate terrorism. And so we have seen the newspapers track Ida's approach to the American coast in a crescendo of fear over the past few days, until Sunday afternoon, when it finally hit New Orleans and the whole of Louisiana as a level 4, with winds of over 200 km/h, leaving a million people without electricity (20% of the population) and widespread damage, including a hospital with its roof blown off. It is stronger than Katrina, the media reported, the fifth most violent recorded in history, underlining the exceptional nature of the event. So here we go again, with people reiterating that climate change is causing increasingly frequent and intense hurricanes.

Actually this is untrue: first of all, there is no increase in the number of hurricanes, as even the IPCC (Intergovernmental Panel on Climate Change, the UN body that deals with climate change) has to admit. This was also made clear by the US Environment Protection Agency (EPA), which last May published a report on these very events, Climate Change Indicators: Tropical Cyclone Activity. Here we find: “Since 1878, six to seven hurricanes have formed in the North Atlantic each year. Roughly two of these make landfall in the United States. The total number of hurricanes (...) and the number reaching the United States do not indicate a clear overall trend since 1878”.

Ida’s violence is also equal to that of six other hurricanes that have reached land in the United States. Since 1851, 300 hurricanes have reached the North American coast, 92 of which are defined as 'major', i.e. from category 3 to 5 (the highest). Moreover, hurricanes have a cyclical pattern. The decade with the highest number of major hurricanes was between 1940 and 1950, while the last decade was one of the quietest. Ida is the first of this season’s hurricanes to hit the coast, but the damage caused is considered normal for hurricanes of this strength.

But what is more interesting, also from the point of view of climate conferences, is the comparison with the hurricane of the same strength that hit the same Louisiana coast at Last Island in 1856: at that time 200 people died and everything built on Last Island was swept away. Today’s damage and losses are far less, despite the fact that this part of the coast is much more densely populated now than it was then.

Herein lies the key to understanding the true relationship between man and Nature, a lesson that does not only apply to hurricanes. In fact, to minimise the effects of natural disasters and extreme weather events, the real solution lies not in changing the course of meteorological conditions, but in developing adequate defence systems. The idea that it is possible for mankind to set the Earth's temperature and climate as if there were a thermostat to be adjusted is the result of a delusion of omnipotence that is driving mankind to suicide; whereas history shows us how man has freed himself from enslavement to the natural elements through development and study, which has enabled him to gain a better understanding of Nature and to tame it; by creating and making available to the community - just to give a few examples - solid homes for shelter, earthquake-resistant infrastructures, warning systems and evacuation plans for hurricanes, facilities for storing and transporting food, and so on.

This means that development is the way forward, not the enemy to be eliminated, as environmentalism and the philosophy of climate conferences claim.