A conference to reaffirm Christian anthropology and natural law in matters of life and family, in response to Pav's volume "Theological Ethics of Life" and only seemingly innovative buzzwords. Jane Adolphe, organizer of the conference, which can also be followed on our Daily Compass, talks about it.
+++LIVE STREAMING OF THE EVENT ON THIS WEBSITE+++ 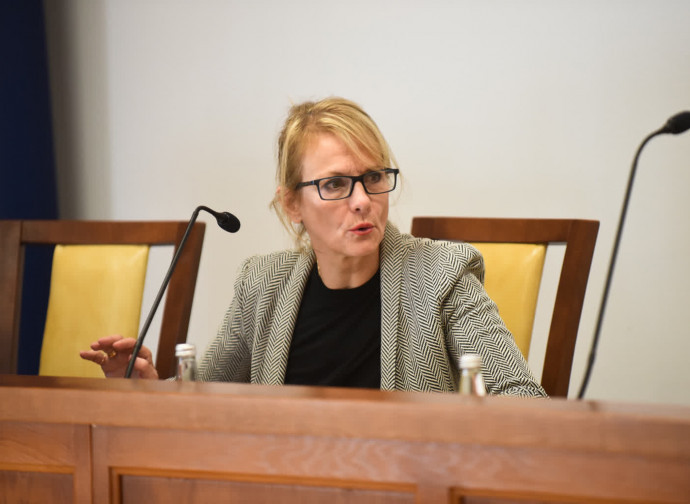 To reaffirm Christian anthropology and the natural law in matters of life and family not only in the face of external criticism but —paradoxically— at a time when a "radical paradigm shift" is being advocated within the hierarchy itself: this is the purpose of a conference to be held in Rome from December 8–10, conveived specifically in response to a volume promoted by the Pontifical Academy for Life [PAL] entitled Theological Ethics of Life: Scripture, tradition, and practical challenges, and published last summer, incidentally, a short distance from the appointment of Professor Mariana Mazzucato—again to the PAL—an avowed atheist and pro-abortionist.

What emerges is a tendency that does not come from a perspective of development but rather one that seems to contradict the teaching of the Church and in particular the encyclical Humanae Vitae of Saint Paul VI, as explained in the Daily Compass. What did Archbishop Vincenzo Paglia, president of the Pontifical Academy for Life (the same person who recently defined the law on abortion as "a pillar" of Italian legislation) mean by the "radical paradigm shift" when presenting that volume? And what does Pope Francis mean, who used the same expression in his constitution Veritatis Gaudium? Does this change concern only the educational sphere or "pastoral" methods or does it also aim at the doctrinal dimension?

These are the basic questions that prompted the International Catholic Jurists Forum—founded in 2014 by Professor of Law Jane Adolphe of Ave Maria School of Law, a lawyer qualified to practice law in Canada (Alberta) and the USA (New York) and a former expert with the Secretariat of State, Second Section —to respond with an event entitled A Response to the Pontifical Academy for Life's Publication: Theological Ethics of Life. Scripture, tradition, practical challenges, which will take place—not by chance—a stone's throw away from the Holy See. “From that volume of the Pontifical Academy of Life there emerges a different way of thinking about sexual morality — Professor Adolphe tells Daily Compass —. For this reason we began to explore the possibility of speaking about it in a special conference.”

For three days, numerous academics specialized in various areas will directly address very different but inevitably connected themes, starting with the irreformability of the teaching of Humanae Vitae, which John Paul II specified as "not disputable among theologians": the exact opposite of the current tendency to make a subject of debate what was until yesterday considered non-negotiable. In fact, numerous aspects are called into question—as we read in the presentation of the conference —for example, "conscience and discernment" with regard to acts considered "intrinsically disordered," but also the foundation —"in the Bible, in Christian anthropology and in the natural law" of the Catholic doctrine on contraception and its link "with the beauty of chastity, the dignity of the human person and respect for nature." What is striking, first of all, is the movement in the direction towards certain doctrinal "openings" that is only apparently "progressive" and innovative: “Is it a question of an innovative way of thinking or rather of a turning back? In fact, it seems like a return to the time before the teaching of Humanae Vitae was understood,” observes Professor Adolphe, referring to the first planned intervention, that of Msgr. Livio Melina, former president of the John Paul II Pontifical Institute: The «new paradigm» in moral theology: moving forward or turning backward? “I believed that after the deepening of Humanae Vitae and of the Church’s moral teaching in general—which took place with the pontificates of Saint John Paul II and Benedict XVI—no one wanted to go back; and instead that mentality returns."

Indeed, it must be borne in mind that Christian morality and anthropology are based on the natural law. “We will talk about it—continues Adolphe—also looking at the perspective of different cultures and areas of thought, in which something universal is always perceived on a moral level. Naturally ‘right reason’ then unites naturally with the light of Revelation. But the fact is that the natural law concerns everyone, as persons, not just Catholics." This is the reason why "even in the past the Pontifical Academy included members of other religions, but these agreed on the natural law and, consequently, their analyzes were in agreement with the principles at the basis of the Christian vision."

For this reason, we will not only investigate individual topics, but "we need to examine what kind of thought lies at the basis of that volume of the PAL,” since a reversal of perspective more than a deepening or growth is implied: "Previously the Church spoke of development —organic —while now ‘change’ prevails, starting with the decidedly more mainstream language. And as academics we have a duty to understand what this ‘radical paradigm shift’ means. We will do it in a spirit of respect and fraternity, but we have a duty to do it, as a service to the Church and to those who have educational responsibilities."

The conference “A response to the Pontifical Academy for Life's Publication: Theological Ethics of Life. Scripture, Tradition, Practical Challenges” (Rome, Dec. 8-10, 2022) will be broadcast on our English Daily Compass website. The program can be viewed here. 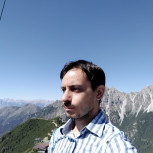