The British director's film recounts the first sexual revolution in history, which - not by chance - ends in death and gives birth to horror literature. It all revolves around the stay of five English people at Villa Diodati on Lake Geneva in Switzerland in the summer of 1816. Among them were the poets Percy Bysshe Shelley and Lord George Byron.... 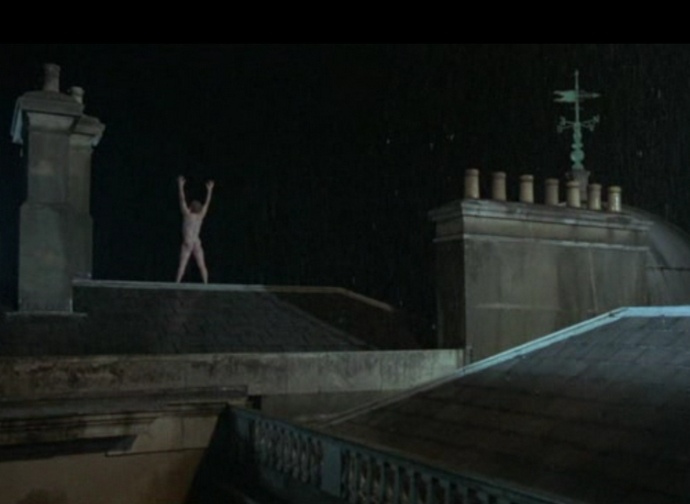 Gothic (1986), directed by British director Ken Russell, tells of the first sexual revolution in history; and the birth of horror literature. It tells of the stay of five English men and women at Villa Diodati on Lake Geneva in Switzerland in the summer of 1816.

The leader was Percy Bysshe Shelley, scion of a noble and wealthy English family, who attended Eton College where he applied himself more to the study of occultism (and the occult forces of nature, such as electricity) than to curricular subjects. Kicked out of college and despite being married, Shelley devoted himself to sharing a bed with several women and a few men. Attending the home of one of his teachers, the revolutionary philosopher William Godwin, he met the latter’s three stepdaughters, Claire, Mary and Fanny: they were the daughters of Mary Wollstonecraft, considered to be the first feminist in history. Shelley told his inspirer that he was in love with Mary (then 16 years old), with whom he had, in the meantime, embarked on an affair (they would meet at the tomb of Mary's mother, Mary Wollstonecraft; after reading passages written by the deceased, they indulged in passion).

Initially opposed to this scandalous relationship, Godwin was persuaded by Shelley's offer of money. The poet took Mary and Claire with him and embarked on a six-week trip to Switzerland (much to the disappointment of Fanny, who was also in love with the poet). Claire, probably vying with her sister, invited a second poet, with whom she was having an affair: Lord Byron.

George Gordon Byron, who had a club foot and was subject to sudden rages, was physically abused as a child by his nurse and sexually abused by the tutor who was supposed to look after him. Byron experimented with sexual relationships with both men and women, among them Claire. Claire had had relations with Shelley and had conceived and aborted a child with him, but Shelley had preferred Mary and had introduced Claire to Lord Byron. The four of them gathered at Villa Diodati, rented by Byron, who came in the company of his secretary/physician/lover John William Polidori.

The five spent their time in séances, walks, sexual intercourse of all kinds (though Mary and Claire were sisters) and reading, including the works of Abbot Barruel. It was Shelley, in particular, who suggested that the group read the Jesuit's works, especially the one devoted to the Illuminati of Bavaria, a secret society which aimed to return to the 'state of nature' by freeing the passions and practising vices. Obviously, while Abbot Barruel intended to unmask and denounce the project of the Illuminati, Shelley intended to propose it as an initiatory model to his friends: the subversion of the moral order as a prelude to the subversion of the political order. Exactly: the first sexual revolution in history. The five revolutionaries' stay in Geneva, however, had several consequences. First of all, it was there that two primordial Gothic tales saw the light of day: Mary's Frankenstein and Polidori's The Vampire.

In the figure of Victor Frankenstein, some have seen a portrait of Shelley, a lover of occultism and galvanism, convinced that to discover the secret of life it is necessary to immerse oneself in death, decomposition and desecration. The Vampire would also appear to be a portrait of one of the participants in the meetings at Villa Diodati. The vampire, Lord Ruthven, hungrier for sex than for blood, has the extraordinary ability to plunge all those who meet him into an abyss of pain, death and moral depravity. It is likely that Polidori wanted to take revenge on his unfaithful and cruel lover, Lord Byron, by modelling the character of the vampire on him.

One of the consequences of the nights at Villa Diodati was Claire and Byron's daughter, Allegra, born in January 1817. On their return from Switzerland, however, the group was greeted by two suicides: Mary and Claire's sister Fanny, who took her own life at 22 with laudanum; and Shelley's wife Harriett, who committed suicide at 21 by throwing herself into the Serpentine River. Shelley, now free, was able to marry Mary. Polidori also killed himself in 1821, aged 26.

Why was it that the first sexual revolution (just like the subsequent ones) resulted in horror and death? To understand this, it is sufficient to recall Freud's second topical argument, according to which the psyche is divided into Id, Ego and Superego. The Id, the primitive and original part, is a 'cauldron of seething impulses', in particular sexual impulses and death impulses; the Ego is formed when the psyche is confronted with reality and must take on a civilised and urbane appearance; the Superego, the villain of the Freudian fable, is the rigid and repressive moral authority. The sexual revolution sweeps away the moral and religious norms that regulate human sexuality; in other words, it removes the Superego in order to liberate the sexual drives of the Id. The problem is that in the Id there are not only sexual drives; there are also death drives which, in horror literature, take the form of monsters (Frankenstein's monster, the vampire...). Eliminating the superego means, therefore, leaving the field open to unregulated sexuality... and to horror.

This is why the film about the first sexual revolution is a horror movie.