Homeland, the Command that challenges blind enthusiasm for globalism

Why does politics believe that the nation-state is overrun by unstoppable globalization and thereby condemns itself? The XI Report on the Social Doctrine of the Church in the World issued by the Cardinal Van Thuân Observatory is dedicated to this problem. The nation is configured as a "homeland" precisely because it has its roots in the "fathers" and John Paul said that duty to the homeland derives from the fourth commandment: Honour  your father and mother. This is why its necessary to recuperate this concept in the face of the current unstoppable forced globalism. 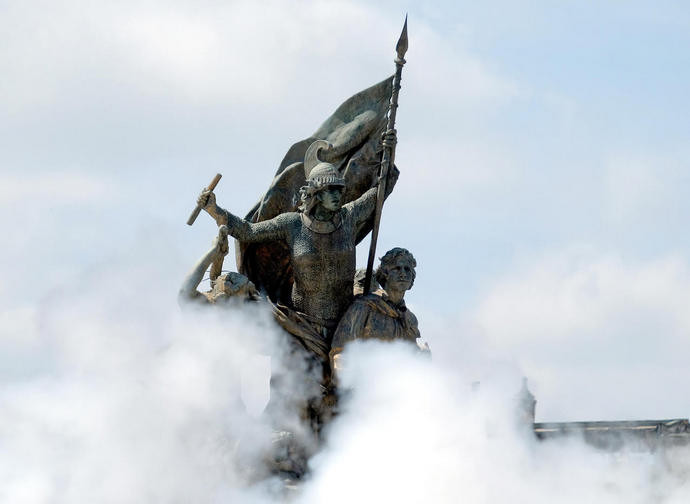 Why is it that the Church, once intent on reaching out to peoples and nations, is now pushing in the direction of the new globalist humanism? Why does politics continue to believe that the nation-state has been overrun by unstoppable globalisation, and thereby condemns itself? Conversely, what are the reasons behind the success of regimes like that of Orban guided by the following principle:: “Iste, Haza, Csalad – “ God, Homeland, Family”? Many are those in Argentina vocally contrary to the erosion of their national identity, while in Brazil it would seem that Bolsonaro has perhaps succeeded in resolving the separation between nation and State due to the ideology of liberation. In the meantime, the European Union is committing suicide by assassinating its member nations. In addition, Catalonia, a nation but not a State, is in the throes of an ever important centrifugal process.

The XI Report on the Social Doctrine of the Church in the World issued by the Observatory Cardinal Van Thuân and published (in Italian) by Cantagalli, is dedicated to the aforementioned issues and entitled “Peoples, Nations, Homelands: between nature and political artifice”.  [The book may be purchased on line without postal charges by writing to info@vanthuanobservatory.org]; five in-depth core essays, and 11 testimonial overviews from the five continents where the sovereignism/globalism standoff is more acute. The introduction to this material consists of a Synthesis by Stefano Fontana and a Presentation by Archbishop Giampaolo Crepaldi, the editors of both this XI Report and its predecessors.

“Between nature and political artifice” is the Report’s subtitle, and becomes a sort of code for the interpretation the Report itself. There is a natural, finalistic and subsidiary order in the human community. Natural, because it is not the outcome of agreements or votes cast by a parliamentary assembly. Finalistic, because the end is always what defines a community. Subsidiary, because there are various levels of society, all of which have their end in their own common good, and the higher levels must neither absorb nor crush the lower levels, but help them to be themselves. The family and the nation belong to these first level natural aggregations, are not the product of political agreements, and ask to be both respected and enhanced. The nation is the extension of the family in the field of education and in the realm of moral and cultural formation. Just like the family, the nation also has its respective duties and rights, and these precede the State. The concrete notion it assumes is “homeland” (fatherland) because its own roots are in the nation of one’s “fathers”, and in “Memory and Identity”, John Paul II had sustained that the duty towards one’s homeland stems from the fourth commandment: honor your father and mother. Nation and homeland are realities of the spiritual order, as well as being of the material order, and respond to the human needs for roots. Understandable is the tendency of nations to also adopt a political structure in the State, but the two realities do not coincide. The use of “homeland” can also evoke the region or geographical  and cultural area that was instrumental for our cultural and spiritual formation.

The XI Report defines and elucidates these concepts, making it possible to ‘rescue’ them from the current state of inebriation regarding some sort of forced globalism. Many are those who augur a worldwide political power, arguing this to be necessary in order to pursue the universal common good. In fact, however, there is no universal common good for one and all. There is the common good of this or that nation, this or that homeland, this or that family. The common good is analogous, subsidiary and organic, and does not call at all for the abolition of intermediary natural bodies. All people have to understand one another, but not by speaking a single language replacing the various national languages. All people need laws, but laws have to be wisely diversified according to the common and diverse history of the various peoples. All persons have to eat, but the economy cannot be structured as a single world market.

The XI Report explains the Church’s position on these issues. John Paul II had developed rather impressive thought about nation and homeland, handing that down to us in “Memory and Identity”, in addition to what he wrote in his main social encyclicals. In 1989 he had spoken to Poland about “the Europe of homelands”, and when speaking to the UN General Assembly in 1995, he had said that the cultures of nations are like the roads the lead everyone in different ways to the same human nature. Moreover, as he clearly stated in Centesimus annus, standing out at the center of each national culture is the attitude man assumes vis-à-vis the mystery of God. This is the basis of the “right of nations”, also not to be invaded by uncontrollable immigration.

Urgent is the theme tackled in this XI Report: nations are nowadays not only assailed by other nations or once again colonized by sophisticated financial and cultural systems, but also denied their selfsame nature and the exercise of their duties/rights by supranational, global and globalizing thrusts that eliminate people’s roots and create a worldwide mass of misfits that the new power structure can ‘refit’ as it may so wish.

The Report (Euro 14) can be ordered on line by writing to info@vanthuanobservatory.org,  and delivered without postal charges.