Hollerich on homosexuality: the Cardinal’s many errors

In an interview with KNA, Hollerich makes several statements on homosexuality, hoping for a change in doctrine. But the cardinal is wrong. He forgets that the Church's teaching is based on natural morals and that there is full agreement between the Old and New Testaments in judging negatively the homosexual condition and acts. 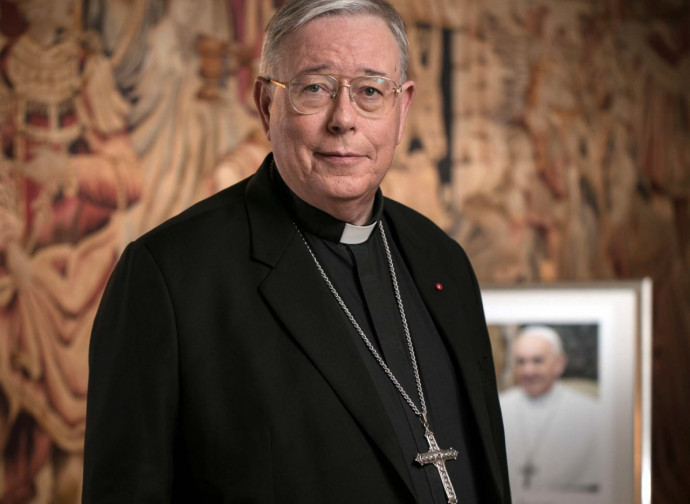 A few weeks ago, 125 employees of various Catholic organisations came out in Germany. Cardinal Jean Claude Hollerich, President of the Commission of the Bishops' Conferences of the European Union (COMECE) and General Rapporteur of the Synod of Bishops, spoke on the subject of homosexuality in an interview with the German news agency KNA. The cardinal said: "I believe that the sociological-scientific basis of this teaching is no longer correct”. Instead it is the high prelate who is wrong. The basis for the Catholic Church's condemnation of homosexuality and homosexual acts is not to be found in the empirical sciences and sociology, but in morality and, in particular, in natural morality.

Why does the Church say that homosexuality and therefore homosexual conduct are intrinsically disordered? Homosexuality is a morally disordered condition because it is contrary to man's rational nature. Nature, in its metaphysical sense, means a bundle of inclinations that tend towards their end. The human person is inclined or attracted to seek out a person of the opposite sex. It could be argued that there is also a natural homosexual inclination. The answer to the objection is based on the principle of proportion: an inclination is natural if the person is in possession of the necessary means to satisfy the ends to which this inclination tends. The end must be proportional to man's faculties. For example, we can say that knowledge is a natural end because man is endowed with the instrument of the intellect that is suitable for satisfying this end.  If, therefore, a person pursues an end that is impossible to satisfy, not because of mere external circumstances, but because he is naturally deprived of the instruments suitable for satisfying it, that end would not be a natural end and would be acting against man's rational nature.

Since homosexuality is an attraction to persons of the same sex, this attraction, in order to find perfect fulfilment, must lead to carnal intercourse. The aims of coitus - both the procreative and the unitive - cannot be fulfilled by homosexual carnal intercourse: the instrument is not suited to the end. And, as Aquinas explains, “everything that makes an action unsuitable for the end intended by nature is to be defined as contrary to natural law' (Summa Theologiae, Supp. 65, a. 1 c), i.e. contrary to man's rational nature. The genital relationship of the homosexual type is incapable of satisfying the natural end of procreation and union. Therefore, it is contradictory to say that homosexuality is according to nature when it is incapable of satisfying the natural ends of sexual intercourse.

Another reason for asserting that homosexuality is contrary to natural morality is the complementarity of love. Physically and psychologically, men and women are complementary because they are different (the diversity of the external genitalia of men and women is plastic evidence of this complementarity: one has an anatomical conformation suited to meeting the other). Indeed, one cannot find one's own completion in what is equal (homo) to oneself. Complementarity requires difference (hetero).

Back to Cardinal Hollerich, who added in the interview that "the way the Pope has expressed himself in the past [on homosexuality] can lead to a change in doctrine. [ …    ] I think it is time for a fundamental revision of doctrine”. The doctrine to be changed is that contained in: Catechism of the Catholic Church, nos. 2357-2358; Congregation for the Doctrine of the Faith, Persona humana, no. 8; Letter on the Pastoral Care of Homosexual Persons, no. 3; Some Considerations Concerning the Response to Proposed Legislation on the Non-Discrimination of Homosexual Persons, no. 10; Considerations Concerning Plans for the Legal Recognition of Unions between Homosexual Persons, no. 4. But the doctrine that the Cardinal would like to modify is to be held as definitive and unreformable. Therefore, it is useless for him to ask that what can never be changed be changed.

Evidently people insist on doctrine in order to change pastoral care, which will then be at odds with doctrine. In fact, to give just one example among a thousand, Cardinal Reinhard Marx, in a press conference a few days ago, stated that if a person publicly declares his homosexuality, this must not represent "a limit to his ability to become a priest. This is my position and we must defend it.” This may be Cardinal Marx's position, but it is not the Church's position. A 2005 instruction from the Congregation for Catholic Education states that "if a candidate practices homosexuality or shows deep-seated homosexual tendencies, both his spiritual director and his confessor have a duty to dissuade him in conscience from proceeding to ordination" and that "it would be gravely dishonest for a candidate to conceal his homosexuality in order to proceed, in spite of everything, to ordination". We find the same principles in a 2016 document of the Congregation for the Clergy on the formation of priests.

Cardinal Hollerich continued: "What was condemned in the past was sodomy. At that time [which time?] it was thought that the whole child was contained in the man's sperm. And this was simply transferred to homosexual men". We think that the cardinal is referring, albeit very imprecisely, to the medieval theory, which survived until scientific knowledge evolved, according to which the active principle of the person (the vegetative soul that would later become sensory and finally rational) was contained in the male semen and instead the female gamete offered only the passive principle, i.e. only the mere biological matter (cf. Thomas Aquinas, Summa Theologiae, I, q. 118, a. 1, ad 4). The prelate's reasoning would therefore seem to be as follows: since it was once thought that the active principle - which for the cardinal is erroneously 'the whole child' in the 'spiritual' sense - was only in the male semen, then this active principle, in homosexual relations, was transferred from male to male, but this meant that such a relationship would never have the possibility of generating a flesh-and-blood child because it lacked the passive/material principle given by the female gamete. Today, however, we know that it is not the male seed that contains the soul of the unborn child, but rather it is the encounter between the two gametes, male and female, that conceives the human being, and where there is a human being there is a person.

In short, it seems that Cardinal Hollerich wants to reassure us by telling us that no child is "lost" in homosexual relations, since science has told us that spermatozoa certainly do not contain a personal soul. The Church once thought this way because there was no embryology yet, but today, with current scientific knowledge, the Church should change its opinion. We reply that the Church's condemnation of homosexuality both today and in the Middle Ages is not based and was certainly not based on the thinking articulated by the cardinal (also because, if this had been the case, lesbian homosexual acts would have been considered licit since in this case no child was "lost"), but rather for the reasons mentioned above.

As for the fact that the New Testament condemns only the acts but not the homosexual condition, this is not true. St Paul writes: "even the males, leaving the natural relationship with the female, have become inflamed with desire for one another" (Rom 1:27). The term "desire", which in other translations we find as "passion" or "lust", fully and perfectly expresses homosexual attraction, that is, the homosexual orientation that, if constant, becomes a condition that is a different status from the homosexual conduct that follows it. Moreover, it seems that for the high prelate only the acts are a problem, not the condition. But that is not how things stand. A moral judgement can also be made in relation to conditions: think of the state of mortal sin, of vice that is a habitus, of the condition of being divorced (the judgement in this case is negative if the person has decided to divorce, not if they have undergone the divorce). Moreover, since homosexual acts are consequent to a homosexual condition, how could the former be censured without censuring the latter? Only if the condition is disordered can it produce disordered acts, and therefore disordered acts can only be caused by a disordered condition.

Finally, Cardinal Hollerich seems to have said that homosexual acts in the New Testament were only condemned when they represented acts of pagan worship. But once again the cardinal is wrong. It is enough to read St Paul (Rom 1:24-28; Rom 1:32; 1 Cor 6; 1 Cor 9-10; 1 Tim 1:10) to realise that Paul's negative judgement concerned homosexuality as such and homosexual acts as such.