Hoping and wishing that a military coup would bring peace, justice and prosperity may seem unbelievable, but not in Guinea. After more than half a century of disappointment, poverty, corruption and two other past coups, Cardinal Robert Sarah, former Archbishop of Conakry, wrote a letter to the military junta leaders, begging them to show respect for the country. 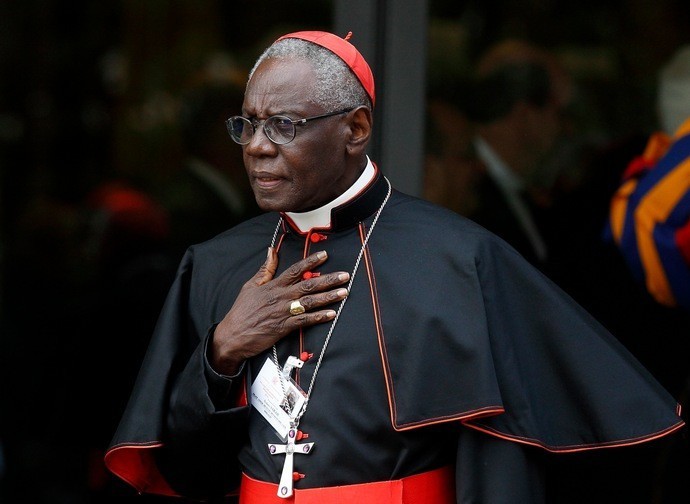 Hoping and wishing that a military coup will bring peace, justice and prosperity along with scenes of jubilant crowds pouring into the streets after a military junta announced it had deposed the incumbent president. It seems absurd because we are used to the idea that by suspending democratic institutions a coup disrupts the social and economic life of a country. We usually think it hands over citizens to the will of military ranks that assume power and who are actually not inspired by ideals of justice and peace. We imagine that the happy citizens are fanatics, supporters of the coup plotters but that the rest of nation is, instead, shuddering in fear behind locked doors at home.

However, in Guinea’s capital Conakry, this is what is happening. When Guinea’s Special Forces, an elite military unit, overthrew President Alpha Condé's administration last 5 September and seized power over the country, they explained they had acted out of desperation. They claimed their action was due to the nation's unbridled corruption, mismanagement, and abuse of justice. Further, they said they acted in defence of democratic institutions reduced to a mere semblance and which violated the rights of citizens. And Guineans took to the streets to celebrate the end of the unbearably corrupt and unscrupulous government they had endured for ten years. Opposition parties immediately approved the coup and expressed their confidence in the military junta.

It was with confidence, albeit tempered by his awareness of the difficulties that lay ahead, that Guinean Cardinal Robert Sarah (former Archbishop of Conakry and Prefect emeritus of the Congregation for Divine Worship and the Discipline of the Sacraments) also welcomed the change that had just taken place. He did so by writing a letter dated 13 September. It was addressed to Colonel Mamady Doumbouya, leader of the military coup and of the newly formed National Committee for Reconciliation and Development (NCRD). In his missive, Sarah urged Doumbouya with fatherly concern to take care of the country whose fate was now in his hands.

"History repeats itself," Sarah warned in his four-page letter, recalling the two previous military coups and the illusions of a beneficial turnaround that they had aroused. "Just like in 1984 and 2008, Guineans took to the streets to express their joy because your actions inspire hope. Once again, the people hope for justice, for peace, for [economic] recovery and real development. They simply hope to live in a normal country, in a united and prosperous nation. For more than 50 years, Guinea has been descending inexorably into an abyss of underdevelopment and endemic poverty. Our people have been suffering one disappointment after another.

However now, it is again possible to start anew and finally attempt to rebuild Guinea. "The page is once again blank,' writes Cardinal Sarah, 'and Guineans are no longer entitled to make mistakes. Guinea needs a new generation of political leaders who love their country and their fellow citizens." Sarah, therefore, urged  Doumbouya to keep away from Guinea’s institutional bodies "all those callous predators of our country, those who are corrupt and incompetent and part of the governments of Sékou Touré, Lansana Contè, Moussa Dadis Camara and Alpha Condé, those who consider themselves indispensable and irreplaceable members" of national leadership.

The list includes the four heads of state who governed independent Guinea. They are guilty of having wasted countless human lives and immense natural resources. This is especially true of the first head of free Guinea, celebrated founding father of Guinea, Sèkou Touré. Touré had betrayed his country, being responsible for the first great disappointment after promising his compatriots development, security, peace, dignity, and the full realisation of Guinea's great potential. Instead, following its independence, Guinea began its "descent into the abyss of underdevelopment and misery." Sarah was a 13-year-old teenager in 1958 when his country gained independence. Perhaps like many of his fellow citizens, Sarah listened with confidence and pride to the famous words uttered by Sèkou Touré when former French President General Charles De Gaulle was visiting Conakry: "There is no dignity without freedom. We prefer freedom in poverty to wealth in slavery."

Yet, Guineans were left poor without being free. In addition to calling for the removal of those who had hitherto taken unfair advantage of their institutional positions, Sarah also recommended that the governing junta surround itself with competent and well-intentioned people and be "extremely severe towards military officials who would like to gain from the army's access to power and enrich themselves at the expense of the people." He asked that all Guinean citizens likewise be responsible and resist the temptation of using violent political opposition: "No government, no head of state, no political leader", he wrote, "will bring you happiness on a silver platter, without your real work, your firm determination to emerge from material and moral squalor."

Sarah's letter concludes with a final request regarding the ousted head of state. "I cannot end my message without respectfully asking you, Mr President of the CNRS, to treat President Alpha Condé with dignity and to release him as soon as possible." Addressing a letter to a coup leader, calling him "Mr President" might appear as a dubious act of his legitimisation. But it is not. Instead, Sarah shows us the way forward. We must take note of the facts and try to make the best of them, or at least contain the damage while having the common good as our objective.