God‘s chastisements are to save us, say Scriptures

Original sin establishes the first relationship between man's sin and punishment. But is suffering only the result of breaking an equilibrium or is there also a positive intervention from God? The Bible takes into account a varied reality, which involves different kinds of divine action. The Old Testament interprets some natural disasters and painful situations as God's punishing interventions. The New Testament also describes a chastening action of God, but reveals definitively that His purpose is always - in respect for human freedom - our salvation. 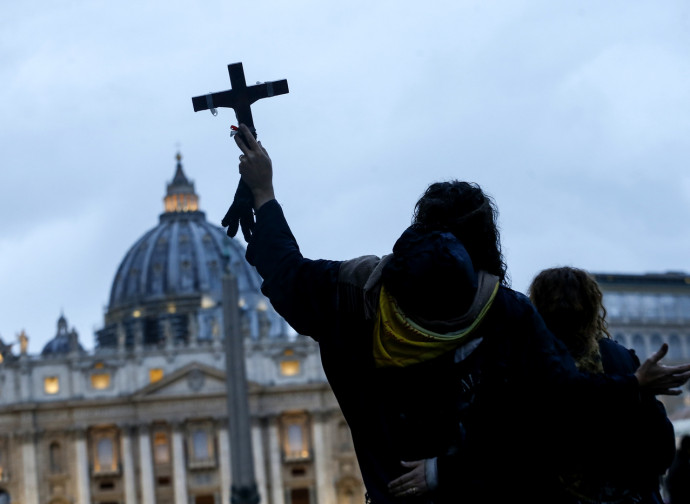 Covid-19 has brought the category of God's punishments back into vogue with great confidence in both affirmations and denials, but the question is a complex one, starting with Holy Scripture, which we are going to briefly look at.

A first answer to the question whether God chastises could be 2Pt 2:4ff, which begins like this: “God did not spare the angels who had sinned, but plunged them into dark abysses, keeping them prisoners for the judgment” (2Pt 2,4); then evoking Noah and the Flood and Sodom and Gomorrah, the text addresses all the unjust reserved for “punishment on the day of judgment” (2Pt 2,9) and the present ungodly: “the darkest part of hell is waiting for them” (2Pt 2,17). The grandeur of the fresco does not so much consist in bringing together sin and God's punishment, as in beginning with the angels: God's chastisements began long before the creation of man!

Original sin establishes the first relationship between sin and punishment. God's “curses” in Genesis 3:14-19, summarised by CCC 399-400, are well known: loss of the grace of original holiness and familiarity with God, imbalance in personal faculties and in the relationship between man and woman, concupiscence as a fascination with evil, breaking harmony with creation, which requires effort for survival, and finally death as it is experienced.

All this is clear, but the subtle question that will accompany us from now on is this: is the suffering described - the human condition - only the result of the breaking of an equilibrium, or is there also a positive intervention of God in the form of punishment? Certainly, the fact that the words are put in God's mouth and the word “cursed” returns twice, does not mean that the second hypothesis, which of course does not annul the first, should not be discarded.

So the weight of life and the suffering of death, the unhappiness of so many human relationships from family to international ones, are under the sign of a first sin but also, albeit in a different way, of a divine punishment (from which God offers liberation).

It is not necessary, however, to increase the scope of “cursed is the ground for your sake”, which the biblical text links to sweat for subsistence (Gen 3:17-19), extending it to natural disasters such as tsunamis, earthquakes, irregularities of the seasons with famine, etc. The Catechism of the Catholic Church (CCC) on the physical evil of the world does not mention original sin, but explains that God created the world “in a state of ‘journeying’ towards its ultimate perfection” and involving “with the appearance of certain beings, the disappearance of others, (...) with both constructive and destructive forces of nature” (CCC 310). So probably natural disasters would have occurred even if Adam had not sinned and it is not correct to evaluate them immediately as God's punishment or consequence of sins.

On the other hand, the Old Testament scriptures interpret some natural disasters, diseases, wars and painful situations of the defeated as God's chastisement.
The flood is attributed to God who saw that “the wickedness of man was great on earth and that every intention of the thoughts of his heart of was only evil continually”, so He said: “I will destroy man, whom I have created, from the face of the earth” and all the rest (Gen 6,5.7). This does not detract from the fact that the flood can be explained in many other ways, but the Bible interprets it this way.

For the sin of Sodom and Gomorrah, after the inhabitants were blinded, “the Lord made sulfur and fire rain from heaven” (Gen 19:11, 24). This does not detract from the fact that the rain of fire can be explained in other ways, but the Bible interprets it this way: sent by God for sins.

Turning to personal affairs, the Lord, after David's adultery with Bathsheba, “struck down the child whom Uriah's wife had delivered to David” and the child “died on the seventh day” (2 Sam 12:15.18). David also sinned with the census of the people and “so the Lord sent a pestilence upon Israel” (2Sam 24:15), which was taken away thanks to David's repentance, but which caused the death of seventy thousand people (2 Sam 24:15-17).

Let us return to the collective events and the most catastrophic: the fall of the two kingdoms of south and north, the invasion and exile. Well, “this happened because the Israelites had sinned against the Lord their God” (2 Kings 17:7) worshipping other gods and not observing the laws of the covenant (2 Kings 17:8-19), so that the Lord “delivered them into the hands of despoilers until He had cast them out of His sight” (2 Kings 17:20). Even when the prophet announces the liberation from exile in terms of consolation, he does not fail to point out that the people “received from the Lord’s hand double for all their sins” (Is 40:2). This does not detract from the fact that the end of the two kingdoms and exile can be explained in many other ways - for example by internal attrition and the tendency of continental empires to secure an outlet to the sea - but the Bible interprets them thus: God's punishment for sins, beginning with the sin of worshiping other gods.

Finally, after the return from exile the prophets explained famine and scarcity of crops with the slow reconstruction of the temple (Haggai 1:5-11; 2:19).

The New Testament (NT) takes this question by the horns with three precise guidelines.
The first: there is no automatic relationship between sin and a misfortune, especially physical misfortune. Jesus affirms this when, asked about the man born blind, whether his blindness was caused by his or his parents’ sins, He answers: “Neither hath this man sinned nor his parents, but that the works of God should be made manifest in him”. (Jn 9:3). It couldn’t be clearer than that!

The second: with regard to the fall of a tower with the death of people and a massacre carried out by Pilate, Jesus points out that the dead were no more sinners than those who were listening to Him, “but unless ye repent, ye shall all likewise perish (Lk 13:3,5); after the healing of a paralytic, Jesus meets him and admonishes him: “Sin no more, lest a worse thing come unto thee” (Jn 5:14). These are texts that suppose a previous sin that “could” be linked to misfortune, but the dynamic of the discourse is aimed at averting definitive misfortune more than at the relationship between previous sin and present misfortune.

The third: taking note of the bad celebration of the Eucharist at Corinth, Paul concludes: “For this cause many are weak and sickly among you, and many have died” (1 Cor 11:30). The Jerusalem Bible commentary tends to diminish the strength of the text by attributing it to an “idea” of Paul’s who “interprets an epidemic as divine punishment for the lack of charity that made the Eucharist impossible”. True, but the text is guaranteed by the inspiration of the Holy Spirit and makes an explicit link between bad Eucharistic celebration and illness and death. In this case Paul's consideration is exactly the opposite of Jesus' response on the man born blind. But it is not a matter of setting Paul against Jesus Christ: rather it is a matter of taking note that reality is varied and involves different ways in which God acts. Therefore, the NT teaches the absence of a link between concrete sin and concrete illness in some cases and the presence of the same link in other cases.

The NT also reveals God's chastening action through the use of precise terms.

The first one is “kolázô”, with the initial meaning of stripping and then chastising. The term is used in a strong sense in Mt 25:46 “And these shall go away into everlasting punishment (...)” and in 2Pt 2:9 where the Lord “reserves the unjust unto the Day of Judgment to be punished”. No longer referring to God, but in the sense of active punishment, it occurs in Acts 4:21 (the synedrium wants to punish the apostles). The texts presuppose a direct and chastening action of God and not only the affliction that results from a sin committed.

The second is “timôréô” which, from the root “honour”, means to restore honour and justice, even with punishment. The strongest text is Heb 10,29: “Of how much sorer punishment, suppose ye, shall he be thought worthy who hath trodden under foot the Son of God, and hath accounted the blood of the covenant an unholy thing”. Cf. other texts in which God is not the subject, but where the meaning is always of a punitive intervention external to the guilty: Acts 22,5; 26,11; 2Cor 2,6.

Finally, the category of “correction” or “education”, from “paidéuô”: “it is for your correction that you suffer! God treats you as sons; and what is the son who is not corrected by his father?” (Heb 12:7 and more widely 12:5-11). “I, all those whom I love, rebuke them and educate them” (Rev 3:19; and also Pr 3:12; Dt 8:5). Here one can suppose a previous sin and an intervention by God, but the context is not comparable to the severity of the previous texts. Cf. two particularly consoling statements of the OT: God “does not want to take vengeance on us, but it is for the purpose of correction that the Lord chastises those close to him” (Judith 8:27); “Now I urge those who read this book not to be depressed by such calamities, but to recognise that these punishments were designed not to destroy but to discipline our people” (2Mac 6:12; cf. 7:33).

In the NT, however, we have the revelation of the definitive way in which God positions Himself toward men: God “desires all men to be saved and to come to the knowledge of the truth” (1Tm 2:4). A statement anticipated by some texts of the OT such as: God “does not rejoice in the ruin of the living” (Wisdom 1:13) and “against his desire he humbles and afflicts the children of man” (Lam 3:33).

God is not an aseptic and indifferent arbiter who records infractions and applies the consequent punishments: God is on our side and wants to save us, even through tribulations. Even though God is a righteous person, and, having created us free, He respects our freedom to reject him.

So far we have been listening to Scripture. However, it is necessary to move on to a more systematic understanding of the Scriptures and their actualisation of what we are living through now.