Get vaccinated or you’re fired: Vatican takes the lead

The Vatican has issued a decree on health emergencies that discriminates against workers who do not get vaccinated, with consequences up to and including dismissal. This decision is unjustifiable from a moral and legal point of view, because there is no state of necessity and there is no certainty about the efficacy and safety of the vaccines. A subsequent Vatican note to dampen the controversy does not change the substance of the measure. 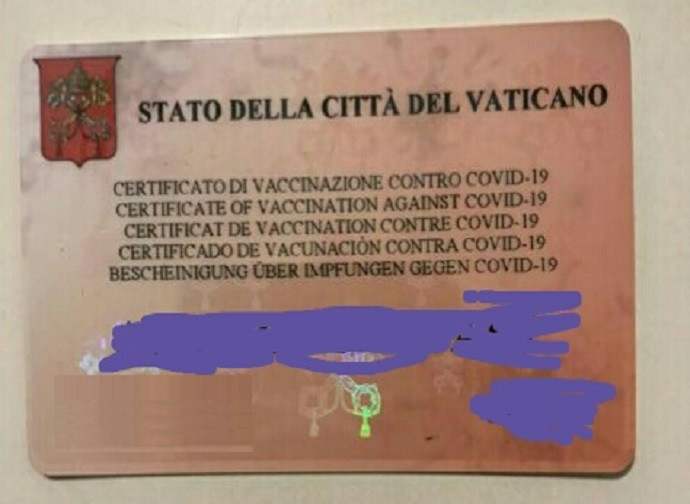 There are bad vibes surrounding Vatican employees. Given the ongoing pandemic, on February 8, the President of the Pontifical Commission of the Vatican City State, Cardinal Giuseppe Bertello, issued a Decree on ‘matters of public health emergency’.  Article 6 (2) of this Decree, which relates to employment relationships, states that “a worker who, without proven health reasons, refuses to undergo preventive health checks and vaccinations may face, as provided for in Article 6 of the 2011 Rescript ‘Ex Audientia Ss.Mi’, to which the same decree refers, “consequences of varying degree that may go as far as the interruption of the employment relationship. For candidates for employment, this is equivalent to renouncing the constitution of the employment relationship”. In short, the Vatican employee who does not want to be vaccinated may risk dismissal and, for those who want to work in the Vatican, a necessary condition for employment is to be willing to be vaccinated.

Is this extreme measure acceptable from a moral and therefore legal point of view? As we have already explained, the answer is negative.  The obligation to undergo vaccination, with the threat of dismissal, is not morally justifiable at present. This is essentially for two reasons.

First reason: there is no state of necessity. Is the vaccine the only tool we have to fight the pandemic? No. Given the degree of efficacy of vaccines, there are also therapies, as Article 3 of the same decree of the Pontifical Commission of the Vatican City State recalls. It therefore seems unreasonable to force someone to be vaccinated, as if it were the only lifeboat in which to take refuge.

Second reason: are we sure that the vaccines now on the market are effective, i.e. are capable of fighting infection and do not cause more harm than good? No, at present we lack that certainty because, as we know, we did not wait those 2-5 years for the appropriate clinical trials.  So we do not have the degree of certainty or probability that allows us to say that the vaccine is effective, both in terms of protection from Covid for oneself and for others, and in terms of undesirable health effects. Again, it seems unreasonable to force someone to do something when that something is not certain to be safe and useful. In short, the decree obliges people to be vaccinated even though the criteria of necessity and proportionality are lacking, criteria that the document itself, curiously enough, recalls in paragraph 3 of Article 1.

Paradoxically, we were reminded that vaccination was not compulsory by the Congregation for the Doctrine of the Faith (CDF) last December in its Note on the morality of using certain anti-Covid-19 vaccines: “practical reason makes evident that vaccination is not, as a rule, a moral obligation and that, therefore, it must be voluntary” (5). The drafters of the decree in question, of course, cling to the phrase “as a rule”, contained in the Note, to legitimize the obligation to vaccinate in the workplace, that is to say that, as indicated by the CDF, there would be special conditions, such as those of today, which would make it morally permissible to enforce vaccination.

But in reality that “as a rule” refers to the presence of the two criteria indicated above and present in the same Note of the CDF. So when could one lawfully oblige a person to be vaccinated? When the vaccine is the only adoptable and unquestionably effective solution. In the majority of cases, these two criteria do not exist together, and therefore “as a rule” the obligation to vaccinate is not triggered. It will therefore be up to the individual to assess his or her own condition, obviously supported by expert advice, and thus decide whether or not it is preferable to vaccinate.

Another objection to defend the content of the decree on this specific aspect could be the following: the Vatican authorities do not force anyone to be vaccinated; they only indicate what consequences the employee who refuses to be vaccinated could face. The choice is up to them. So, to follow this logic, the robber who threatens John Doe with: “Your wallet or your life!” would not force John to hand over his wallet, but only tells John what consequences he would face if he refused to hand it over. It is true that, strictly speaking, freedom of choice survives both for the employee and for John, but it is a freedom strongly constrained by - and here lies the point - an unjust threat. It is acceptable in some cases to restrict the freedom of others with the threat of a fair measure: if you steal in the workplace I will fire you; but it is not acceptable to restrict the ability to choose with the threat of an unfair measure: if you do not get vaccinated you will be fired.

The Decree has obviously created much turmoil, given that in the collective imagination the current Magisterium places great emphasis on mercy and so-called inclusiveness. Yesterday afternoon, in response to this turmoil, the Governorate issued an explanatory note on the Decree, in which it stated that the 2011 legislation referred to in the document and which also provides for dismissal, is “an instrument that in no case has a sanctioning or punitive nature, but rather is intended to allow a flexible and proportionate response to the balance between the health protection of the community and the freedom of individual choice without putting in place any form of repression against workers”.

We agree that the possible dismissal is not in the nature of a sanction, but what we criticise is precisely the alleged proportionality of this measure: it is excessive to dismiss someone if they do not want to be vaccinated, precisely because vaccination is neither the only solution nor the safest way to deal with the pandemic.

Moreover, the Note tries to pour oil on troubled waters when it states that “for those who refuse vaccination in the absence of health reasons” measures will be taken that “enable finding alternative solutions for the performance of work by the person concerned”. But the Decree, in addition to this option, which sees the worker assigned to other tasks, also contains the measure of dismissal, a measure that is not made explicit in the Note.