German Church, the strengths of a weak faith

It is important to recall some parts of the interview given by Msgr. Georg Bätzing, president of the German Bishops' Conference. Of course, ecclesiastical celibacy, the ordination of women priests, and homosexuality are also mentioned. But, as Benedict XVI said, these are points on which the German Church shows all its weakness. 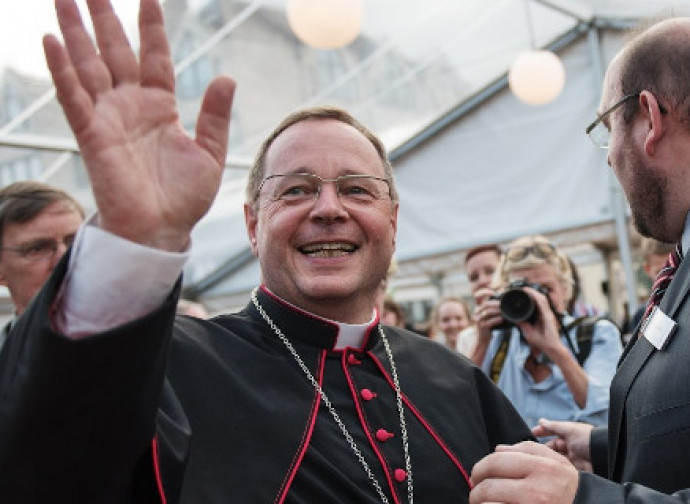 Let us return to the interview on the Deutschlandfunk website with Msgr Georg Bätzing, President of the German Bishops' Conference, on 22 May. Many topics were touched upon. Obviously, this also includes ecclesiastical celibacy, the ordination of women priests, and homosexuality, topics on which Bätzing and the German Synod are pushing for change.

Bätzing states that the Pope “does what he can. He sets in motion a process in which all these questions end up on the table for discussion”. And as an example, he cites the World Synod of 2023 where, according to him, the Pope is in favour of the participation of groups and individuals from the LGBT world. In short, a first step towards changing doctrine on homosexuality and transsexuality.

Still on the LGBT issue, Bätzing makes no secret of his approval of blessings for gay couples: “We are working to ensure that those who want to receive a blessing can do so”. The interviewer then points out to him that he has not blessed any gay couples to date. The president of the Bishops' Conference replies that he has not done so both out of obedience to the Pope and to avoid becoming the focus of media attention. This is a cunning strategy: he knows that he must not push too hard and that changes like these must be gradual. It is one thing for blessings to be given by priests or even by bishops, it is another by the head of the bishops. This would mean that Bätzing would risk being removed and the whole reform process would slow down.

He then returns to the subjects of homosexuality and the role of women in the Church: "The teaching of the Catholic Church must be changed on these points". He then adds that homosexual relations should not be banned because they are actually an 'opportunity'.

The journalist then highlights a contradiction: he, a bishop of the Catholic Church, espouses orientations condemned by this same Church. "You must feel torn if, as I assume, you are telling me the truth". Bätzing does not hide his inner dissent: “Yes. You assume correctly. And the tension is great. There are some questions, for example: can women receive priestly ordination?", whose answer can be found in the "sensus fidelium, that is, in the intuition of believers. [...] This is a tool that we must assume theologically and that leads to change”.

But, as stated in the document "Sensus fidei in the life of the Church" of the International Theological Commission, "the faithful possess an instinct for the truth of the Gospel, which enables them to recognise and endorse authentic Christian doctrine and practice". In other words, it is not up to believers - and not even the Pope - to create Gospel truths, these must be recognised by the faithful and it can happen that the faithful anticipate the Magisterium in recognising them (think of the dogma of the Immaculate Conception). But for this recognition by the faithful to correspond to truth requires the intervention of the Magisterium, and it alone has the final word, otherwise it could very well be that the so-called people of God are deceived.

Moreover, there are matters in which the Magisterium has pronounced definitively - including on homosexuality and the ordination of women - and therefore can never undergo doctrinal changes because they are recognised as true and the truth does not change. This is why the Dogmatic Constitution Pastor aeternus declares that "these [dogmatic] definitions of the Roman Pontiff are immutable in themselves, and not by the consent of the Church", understood as the community of believers. So even if all Catholics thought that homosexuality was a natural orientation and that women could enter the priesthood, homosexuality and women's priesthood would remain heresies because the Magisterium has now pronounced its opinion definitively. And such widespread thinking by believers could never be qualified as sensus fidei, but only sensus erroris. In short, truth can never be put to a vote.

Benedict XVI once said: “The German Church is ultimately weak. On the outside it is strong, has many employees, full-time workers, a large Caritas, but the inner strength of the faith is weak”. Bätzing's interview seems to confirm this judgement.