From Charlie Hebdo to today: terrorism evolves and festers

Five years ago in Paris, the attack took place that killed 17 people and inaugurated the season of ISIS jihadist massacres. Today there are fewer casualties, but by making stabbing the preferred technique, it is easier to strike and maintain a war that is becoming endless. 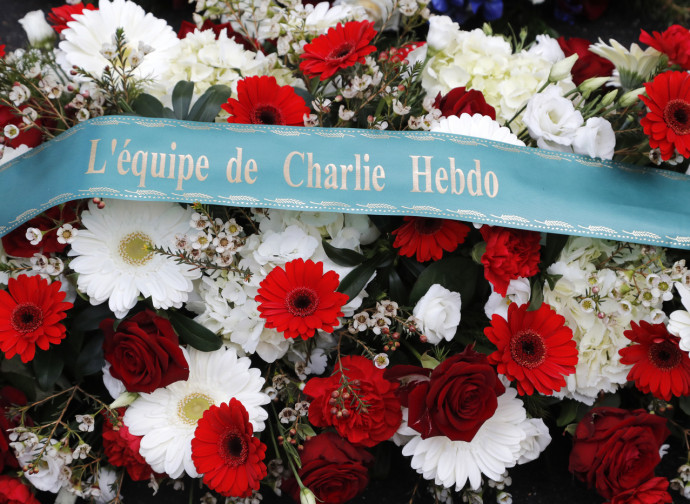 Terrorism and jihadist radicalisation. Every new year begins with the commemoration of the Charlie Hebdo massacre, which took place in Paris on January 7, 2015, at the hands of ruthless ISIS executors. The dead were 13, but the final score rose to 17 with the addition of the January 9 victims at the kosher supermarket of Porte de Vincennes, in the twentieth arrondissement of the capital.

Three days of terror, an indelible wound in the French collective memory, is made even more painful by the memory of the attacks of St. Denis and Bataclan, dating back to November 13 of the same year, which cost the lives of 131 people, with over 400 wounded.

2015 was therefore an annus horribilis for France, the beginning of the massacre season by ISIS and its foreign fighters, which would systematically hit most of Western Europe, in the wake of events in Syria, Iraq and the rest of the Middle East. Copenhagen, Brussels, Nice, Berlin, London, Stockholm, Manchester, Barcelona, Strasbourg, just to mention the cities where the most sensational attacks took place until the end of 2017 (Italy was spared).

According to data provided by Europol last September, 2018, there was a significant reduction in the number of victims of jihadist terrorism in Europe: only 13, compared to 150 in 2015, 135 in 2016, and 62 in 2017. Pending official data, 2019 is part of this decreasing trend. Does this mean the terrorist threat is disappearing?

Additional data provided by Europol, demonstrates exactly the opposite: the number of attacks (both completed, thwarted or failed) in 2018 (24), although decreasing compared to 2017 (33), is higher than those foiled in 2016 (13) and in 2015 (17). The difference lies in the techniques adopted. The planning of mass slaughters with assault teams armed to the teeth, as well as trained for war in jihad camps, and with vehicles used as missiles, has in fact given way to individual initiatives of simpler and immediate execution, characterised by the use of knives (the so-called "lone wolves").

The trend that currently prevails, in essence, is stabbing, a less lethal method in terms of the ability to reap a large number of victims, but which the radicalised can resort to more frequently, as has happened during the past year, both on the street - see the Black Friday attacks in London (2 dead, 3 injured) and Amsterdam (3 injured) -, as well as in closed places - the prefecture of Paris (4 dead, 1 injured).

The Black Friday attacks in London and the prefecture in Paris are of particular relevance, shedding light on today's weaknesses in the fight against terrorism and jihadist radicalisation, moreover already present in 2015 and before.

The first act was performed on November 29 by Usman Khan, a 28-year-old of Pakistani origin, on parole after a 16-year sentence for having participated in an Al Qaeda cell. Khan bears witness to the fact that de-radicalisation programs are of little or no effect. Those who actually manage to get out of the tunnel of jihadism are in fact a very rare exception and not the rule.

Therefore, it is not very effective to lean benevolently towards the reduction of sentences and soft prison systems. Rather, Khan confirms that prison is a privileged place for radicalisation and that terrorist attacks on European soil, regardless of modality and extent, are carried out by subjects already known to the police.

Without even dwelling  on Anis Amri (from the Sicilian prisons to the massacre of the Christmas market in Berlin), known to both German and Italian authorities there was also the Yemeni who on September 17 stabbed a soldier stationed at the central station of Milan to the typical cry of "Allah-u-Akhbar".

A variant to the theme was introduced less than a week ago on January 2 in Paris, to inaugurate the new year, by an assailant whose knife attack left one dead and two wounded on the sidewalk: he was not known to the forces of the order, but to the health service for mental disorders in which he had shown evident signs of radicalisation.
Remaining in Paris, Michael Harpon, IT expert at the prefecture's information department (or intelligence), who fell into the trap of radicalisation after converting to Islam, testifies to the capability of extremism to penetrate deeply into European societies, recruiting and bending even unsuspected subjects to its ends.

Techniques change, they adapt to changing circumstances, but the threat is always present, far from being eradicated or rendered innocuous. It is the reality of an unending war, based on an ideological manipulation that becomes increasingly subtle and slithering.
On the other hand, there are ample possibilities of intervention to overcome the weaknesses in the fight against terrorism and jihadist radicalisation, for example by restoring the deterrence effect guaranteed by the certainty of punishment and by cutting off proselytising activities (Muslim Brotherhood), together with the finance that funds them (Qatar, Turkey).

Reinforcing policies that prevent and combat terrorism, is possible and is a must in the name of all citizens whose right it is to live in safety. Taking action is only a matter of political will.