French Church abuse, secularisation is the problem not the solution

Sexual abuse is a serious problem for the Catholic Church and just asking for forgiveness doesn’t suffice. It is essential to understand the causes but in accordance with the criteria of the Church, not the world’s. Instead, the church is headed in the opposite direction, promoting the very secularisation that is the cause of the collapse of morality. 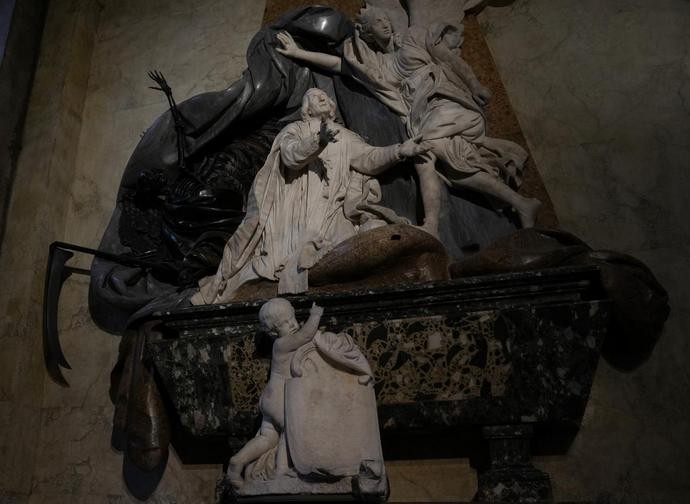 The Sauvé Commission Report on the abuses perpetrated in the last 70 years by members of the French clergy on minors, has many aspects that still need to be clarified and explained. The phenomenon described, and on the basis of the numbers estimated, makes it one of the most worrying aspects that the Church has to deal with today.

The Church, however, cannot limit itself to just asking for forgiveness, as the president of the French bishops immediately did, but it should also make a substantial effort to understand what happened and above all why. And to do this, it must not refer only to the criteria of the secular world, which nonetheless deserve to be considered in their place, but above all its own. The evaluation of this tragic phenomenon cannot be contracted out either to commissions or to the ordinary judiciary or to statistics or to public opinion. Rather the profound interpretation required must be reached by the Church based on its own theological and juridical criteria. This is not so that the Church can absolve herself more easily by evading the condemnation of the world but, on the contrary, plunge the scalpel deeper into its own flesh in order to better distinguish the remedies necessary.

Instead, the impression given is that the opposite happened, namely that the Church hastily identified the cause of these evils in "clericalism", thus blaming herself for not being sufficiently open to worldly convictions. She progressively renounced to conducting a profound self reflection to concentrate almost exclusively on her alleged slowness in assuming worldly criteria. In fact, Pope Francis we recall, in response to the abuse scandal, immediately deprived the Church of its systems of investigation and the use of its legal code, requiring the bishops to immediately report any hint of abuse to the judiciary. The justice of the Church has been completely replaced with that of the State.

The Sauvé Commission is another example of this renunciation. Its president is a Grand Commis of the French Republic and he was given the power to choose all the members of the Commission itself. In abstract, the criterion of "independence" is valid, but it cannot be interpreted in one sense only: Independent judgment which means only by the secular world and in exclusion of the Church.

It is particularly significant that the Commission states a whole list of recommendations - to be precise 45 - addressed to the Church on the behaviour that the latter should adopt in order to deal with these deplorable situations in the future and that many of them concern, as is expressly stated in the Presentation, "Proposals on theology, ecclesiology and sexual morality". These recommendations tend to place limits on confessional secrecy, to reduce the role of the priest as such by using the well-known accusation of "clericalism", and even come - with recommendation no. 4 - to advise the resumption and development of what was suggested by the Amazon Synod regarding the priestly ordination of married men: the viri probati.

It is also significant that changes in the Code of Canon Law are recommended, in priestly formation, on how to teach catechism and how to write magisterial documents. These are obviously aspects on which the Commission had no competence, but they are understandable and even logical intrusions after the Church has turned to the secular world for judgment as if it were unique and absolute. Therefore, if the problem is clericalism the solution is laicisation and if the solution is laicisation it is the State who is competent in the matter and no longer the Church.

If the Church had the courage to look deeply into itself rather than surrender itself to the court of public health, it would see that it is precisely the secularisation of its life that is at the root of these grave behaviours. It’s due to the laicisation of the priesthood and not clericalism, the laicisation of teaching in seminaries, the laicisation of Catholic moral theology and above all of sexual morality, the weakening of sacramental life with many priests who go to confession merely once a year, the commitment of many priests in insidious and dangerous pastoral practices on these fronts, the weak use of canon law now disavowed by the new pastoralism of hospitality, the silence on morally unacceptable State laws concerning precisely these horrific problems, the blessing in church of homosexual couples. The Report reveals an aspect that was already known: the abuses are for the most part homosexual in nature. But how can a Church that homosexualises doctrine and pastoral care think of curbing this practice among the clergy?

The collapse of the spiritual dimension of priestly life is the root cause of these evils, yet it is attributed to the contrary, to the fact that priests have not become adequately worldly and it is thought that the solution is a further laicisation of the Church. Benedict XVI, who points to the cause in the "collapse of Catholic moral theology" and the consequent unprecedented degradation of life and training in seminaries, who writes against the ordination of married men, is not even considered. Rather, the presidents of continental episcopal conferences are convened to oppose "clericalism", synods are promoted that ask for the blessing of homosexual couples, pressures are exerted so that priests can get married, and LGBT theology is elaborated.

The problem of sexual abuse is a huge catastrophe for the Church, but perhaps no less is the disgrace of wanting to take advantage of the abuses to legitimise the secularisation of the life of the Church by passing it as therapy.