Fratelli Tutti: Magisterium, needle in a haystack of opinions

The faithful are called to give their assent and religious submission to the pronouncements of the Magisterium, but once again in Fratelli Tutti the Magisterium does not carry out its task, and almost the entire encyclical is a string of opinions and ideas that, while they may be interesting, fall in the category of opinions. 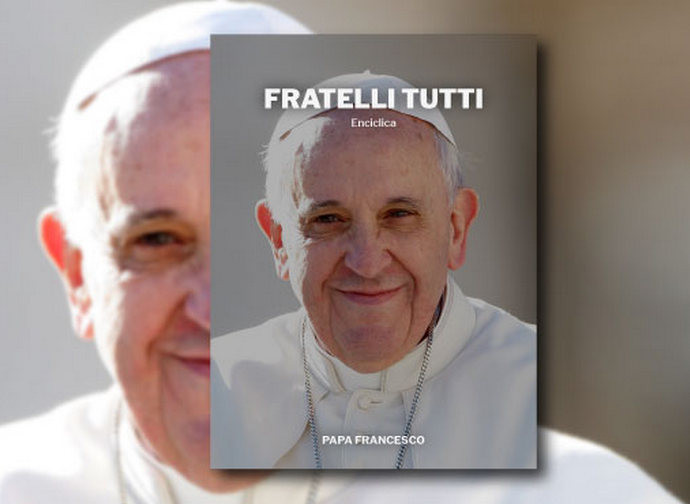 When a faithful Catholic attempts to read the documents of the Church’s Magisterium today, they face a tall order. A Catholic who reads magisterial documents and wants to be faithful is forced to ask himself if he should give his assent and his “religious submission” to everything he reads in this or that document. This is a serious question which causes grave problems of conscience, dividing the faithful from their pastors and also causing divisions among the faithful themselves.

The criteria themselves are clear. They are explained clearly, for example, in the 1990 Instruction Donum Veritatis on the Ecclesial Vocation of the Theologian. But now, in contrast, we are confronted with a magisterial language to which it is impossible to apply these criteria. It is not a question of the ill will of the Catholic faithful, but rather the objective transformation of the way in which the Magisterium is expressed. Even with the best intentions on the part of the faithful, it is no longer possible to understand either the truthful tenor of different passages of magisterial texts or their binding character requiring our “loyal submission” as part of our Catholic faith.
To me it seems that this very large problem calls the Magisterium into question first and foremost, and only secondarily the faithful. The Magisterium has given criteria for evaluating its teachings, thus it ought to feel the duty to produce texts to which these criteria can be applied. But today it seems this no longer happens…

The problem is exemplified in the encyclical Fratelli Tutti. It is very long, meandering, and difficult to decode. Nevertheless, I tried to read it out of a sense of conscientious obligation as a member of the faithful. Here are the results.

The brief introduction says agreeable things but presents Saint Francis in an unacceptable way, containing very misleading expressions about his time. The first chapter offers an overview of the historical situation today. It makes various assertions that are acceptable: some that are obvious, but others that are very generic or too synthetic for such complex issues.

Chapter II contains the presentation of the parable of the Good Samaritan. Here we are in the category of preaching, which by its nature is motivational but not binding. In none of these three parts did it seem to me that I need to adhere to some fundamental point of doctrine or the Christian life. The text lends itself to personal selection in the search for useful or edifying ideas, but it does not seem to me that it contains obligatory teachings.

In the following chapters we get to the heart of the principal themes of the encyclical. The third chapter speaks of opening, integration, fraternity, and solidarity. We find obvious statements: “Every human being has the right to live with dignity.” Others are rhetorical, generic, and in need of clarification: “a world where social groups continually appear and grow, clinging to an identity that separates them from others.” Still others express wishes that have a certain ambiguity: “How much the human family needs to learn to live together in harmony and peace, without doubting that we must all be equal!” Equal in what sense? Other sentences, finally, confuse the reader: “The love that extends itself beyond borders has as its basis what we call “social friendship” in every city and every country.” But isn’t it perhaps just the opposite?

There are many interesting statements, but it is very difficult to isolate clear sentences or sections that require our assent. Furthermore, the concepts of opening, integration, fraternity, and solidarity are developed without reference to Christ, thereby secularizing their content and removing any obligation to assent to them by faith.

The fourth chapter is dedicated to migration and the world political order.  Here again it is the same. The following phrase cannot be obligatory, because it is not true: “The arrival of different people who come from a different vital and cultural context is transformed into a gift.” It is not always or only like this. The statement, “The immigrant is seen as a usurper who does not offer anything,” is mere rhetoric. The following sentence is generic: “We need a juridical, political, and economic world order.”

The fifth chapter is dedicated to populism and liberalism. It is a political and sociological analysis extended also to “popular movements” with which one may or may not agree. Some statements seemed dangerous to me: “the development of international institutions that are stronger and more efficiently organized, with authority designated in an impartial way through agreements between national governments and with the power to sanction”; “giving life to more efficacious world organizations endowed with authority to assure the common good of the world.”

Chapter VI is dedicated to dialogue. The text continuously goes back and forth between a culture of dialogue as a “public discussion,” an occasion of consensus à la Habermas, and a dialogue based on the objective truth of the nature of things. The attempt to unite the two perspectives opens the document to numerous possible criticisms. The faithful reader is forced to make a complex and difficult analysis.

Chapter VII speaks about peace and war. The following phrase is very abstract and rhetorical: “overcoming what divides us without losing each person’s identity.” This one is confusing: “If only we could succeed in seeing our political adversary or our neighbor with the same eyes with which we see our children, wives, husbands, fathers, and mothers. How beautiful this would be!” The section addressing war has many positive points, as has already been noted, but it contains its absolute condemnation, something which is entirely new with respect to traditional Catholic doctrine, as is also the case for the new and much-debated position that it takes on the death penalty.

Chapter VIII addresses religions. It takes an approach that makes the entire chapter problematic: the reference is to a generic transcendent, to religion and religions, without any reference to the uniqueness of Christ: “Others drink from other sources. For us, the source of human dignity and fraternity is found in the Gospel of Jesus Christ.” The “fraternity” of Mary is said to be significant, but only “for many Christians.”

I have pulled out only a few drops from an ocean. I am well aware that the references I have chosen are by no means exhaustive. The encyclical contains interesting insights on various topics, but the faithful who read it have no way of distinguishing what they are bound to hold by faith and what is merely a debatable opinion. And in the end the things that are to be considered binding, according to the criterion of the 1990 Instruction, appear to be very few indeed.