France, ambiguous start of the dialogue between State and Islam

President Macron wants a “French Islam". His appeal was followed by concrete actions and last year the AMIF, the new Association for Islam in France, was created. But who controls this association? According to a parliamentary question, the AMIF is dangerously close to the Muslim Brotherhood, even if its promoters deny this. 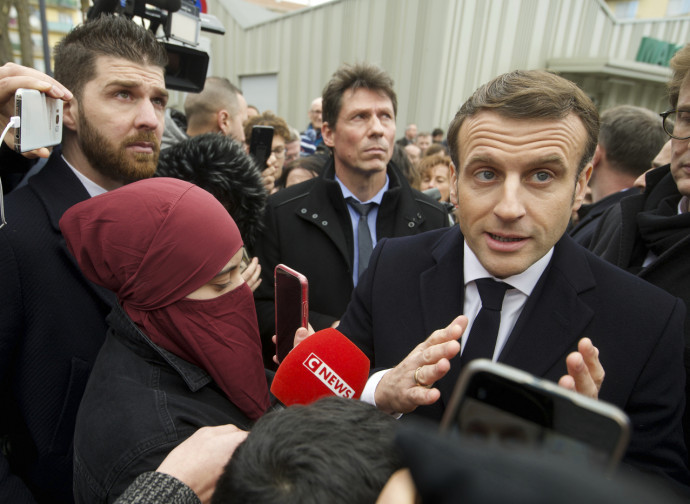 The creation of a French Islam was one of the very first promises made by President Macron. And in February 2018, he had already declared the urgency of "laying the foundations" of what would be the "new relationship between Islam and the Republic". To do so he appealed to the country's best known intellectuals because, given the already well-known problems of integration and terrorism, it was Islam itself that claimed a role as the first religion practised in France, where 8% of the population are Muslims.

Among those nominated for this operation the first was Hakim El Karoui, an essayist and consultant of Tunisian origin, former collaborator of the Rothschild bank, well-regarded in France for the two reports published with the think tank Institut Montaigne. The author of the book Islam, a French religion, believes that "this is exactly the goal": i.e. that Allah's religion becomes an endogenous religion in the ville lumière. With the CFCM weakened - the French Council of the Muslim Faith, a Council which, according to a law of 1901, is meant to represent the Muslims of France - in January 2019 came the announcement of the creation of a Muslim Association for Islam in France, the AMIF. This was an opportunity for El Karoui to have a body capable of acting as "regulator" of those opaque markets such as pilgrimages, the halal world and other economic activities related to Islam, raising money to reinvest it in an independent and transparent way. And without competing with the CFCM.

In the spring of 2019 two associations were created to support the project, which is becoming increasingly ambitious. One is a cultural association, chaired by El Karoui, which will be responsible for regulating the Islamic market and raising funds. And the other, in addition to the creation of a National Council of Imams of France, is a religious association that will deal with the strictly "spiritual" dimension, chaired by the rector and the imam of the great mosque of Bordeaux, Tareq Oubrou. A former member of the Union of Islamic Organisations of France, close to the Muslim Brotherhood, he has publicly distanced himself from the UOIF. Although he recently explained to SaphirNews: "This is not a break-up. (...) Just because you leave the house where you grew up in order to live your adult life does not mean that you inevitably break up with your family".

But just a year after that announcement of the imminent achievement of the dream of all governments in at least the last twenty years, i.e. that of an Islam in symbiosis with the values of the République, AMIF is the subject of a Senate inquiry. There is a strong suspicion that the association is linked to and controlled by the Muslim Brotherhood.

Already a couple of months ago, Zineb el Rhazoui, the journalist of Moroccan origin who has been the target of death threats from Muslims for years, had voiced this suspicion. So the parliamentary question was tabled that enforced clarification of the links with the Muslim Brotherhood and a reflection to the government on the risk that AMIF is hypocritically balancing on the razor's edge between modernist discourse and Salafist ideas. As part of an institutional body, they have the duty to respond and today the State finds itself in a complicated situation.

The reply was not long in coming. Hakim El Karoui responded with a provocative laugh, adding that the members of the Muslim Brotherhood around him are friendly exes, "some may have been close to the UOIF, but they have had time to prove they have changed". According to El Karoui, the journalist who first raised the alarm is just "an Islamophobe" who "doesn’t want Muslims or Islam in France any more".

In the meantime, it should not be underestimated that the Muslim Association for Islam in France (AMIF), was created mainly as a tool designed to organise and certify the financial flows linked to the Muslim faith. The AMIF would thus have the function of certifier in the Islamic market, from pilgrimages to the halal market. And therefore the world of tourism, of hotels - which in the Muslim world must be of a certain standard to exist. Taxing the halal market, collecting donations, monopolising pilgrimages to Mecca represents a godsend of 500 to 700 million euros per year. This money will be used to prepare and lead the battle of ideas, i.e. the funding of Islamologists and theologians, research and training.

The creation of AMIF seems to be the last attempt by the government to stave off a civil war, but it is already undermined before it even gets going.