For the Vatican, it’s as if God does not exist

The new document of the Pontifical Academy for Life on Covid-19 is embarrassing: it says nothing – nothing about life and nothing Catholic. It calls for environmental conversion and solidarity, completely excluding any religious dimension. It is a document that will please many among the global elite. 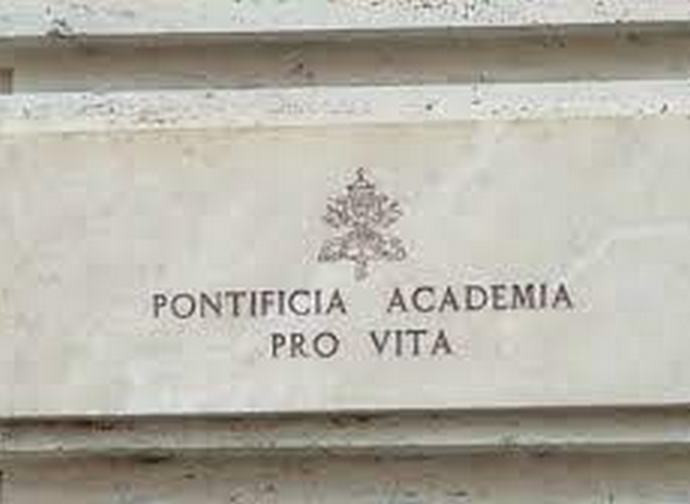 Alas, the Pontifical Academy for Life (PAV) has published another document on Covid-19. It had already written one on January 30, 2020, and now it returns to this topic with the title “Humana Communitas” in the age of pandemic: untimely meditations on life’s rebirth.” Just like the preceding document, this one too says nothing: above all it says nothing about life, which is the specific competence of the Pontifical Academy, and it also says nothing Catholic, that is to say anything inspired by the teaching of Our Lord.

One wonders who actually writes these documents. From the way these authors write, they seem to be anonymous functionaries of an anonymous institution of sociological studies. Their goal is to coin slogan-phrases in order to capture a snapshot of unspecified processes that are currently underway. The reader is treated for example to this passage: “We emerge from a night of mysterious origins: called into being beyond choice, we come soon to presumption and complaint, asserting as ours what we have only been vouchsafed. Too late do we learn consent to the darkness from which we came, and to which we finally return.” I have read the entire document: I guarantee that the tone is like this from beginning to end. Will we ever get used to such poor quality in ecclesiastical documents?

Then we must also ask why they are written like this. To be honest, this is the real reason that despite everything we subject ourselves to the boredom of reading them: to try to understand why an institution of the Holy See would write a document about the pandemic with the same language that would be used by any official of any sort of international agency: the same abstruse expressions, the same lack of any guiding principles that are not generic, the same winks made to the powers of the world while boasting about defending the weak, the same indecipherable phrases like “risk ethics” or empty rhetorical phrases like “coordinated global strategy” and “multi-dimensional ethical challenge.”

In the entire document there is never one explicit or implicit reference to God. According to the Pontifical Academy the pandemic does not lend itself to any reflection on the theology of history: God is not present in the pandemic. It should not be seen as a natural event, but as an historical and social fact that calls into question our own responsibilities. Since it is not a natural event, it follows that it should not be understood in reference to God the Creator as its cause, not even in a permissive way, and thus the question “Why has God permitted this?” is set aside. The document says that in the pandemic man is experiencing his own “fragility,” but it never speaks of man’s experience of his own sin.

According to the Academy, there are only human forces at work in the pandemic. Conversion is called for, but with respect to the environment and a more widespread solidarity, not as a return to God. There is never a call for prayer, because according to the document God can act against the pandemic only through man. The pandemic is seen as a human product, the fruit of man’s disordered relationship with nature, and calls for conversion to new human behaviors. God either remains outside it or else he is within this human dimension and coincides with it. In both cases, this document presents itself without God. This is the “theological” reason for documents of this sort: speaking of God means speaking of man.

Whoever adopts man as their perspective instead of God ends up by assimilating the most widespread humanistic ideologies. It is very difficult to explain how Covid-19 arises from the “depredation of the earth,” but the document maintains this, in homage to environmentalist ideology. It takes a lot of effort to say that the epidemic has highlighted the benefits of globalization (“While the virus does not recognize borders, countries have sealed their frontiers.”), but the document does so, in homage to globalist and anti-sovereignist ideology. Highlighting the fundamental importance of looking for a vaccine and distributing it to everyone without discrimination requires refusing to see that the vaccine will be the instrument of an ideology of globalist power and global political, economic, and health interests. But this is exactly what the Academy does in this document, three times no less!
It takes a certain stubbornness not to consider the real danger that the pandemic has produced for unborn life, given the increased commitment by governments to guarantee abortion in every situation, even at home, overcoming the restrictive difficulties of Covid-19, but the document of the Academy for Life never speaks of life in the sense that a Pontifical Academy for Life ought to speak about it, that is, in the manner of [John Paul II’s 1995 encyclical] Evangelium Vitae. It is very perplexing to focus on the World Health Organization (WHO) given the political, ideological, and often anti-scientific management of this organization, but the document does so, considering it “deeply rooted in its mission to guide health work worldwide.”