Before Trump intervened to curb the use of tissue from aborted babies, experiments were being carried out on 'humanized mice'. Then Biden reversed his predecessor's measures, refinancing research based on foetal cells. This barbarity has become systemic, affecting many therapies, including vaccines, and cannot ethically be dismissed. 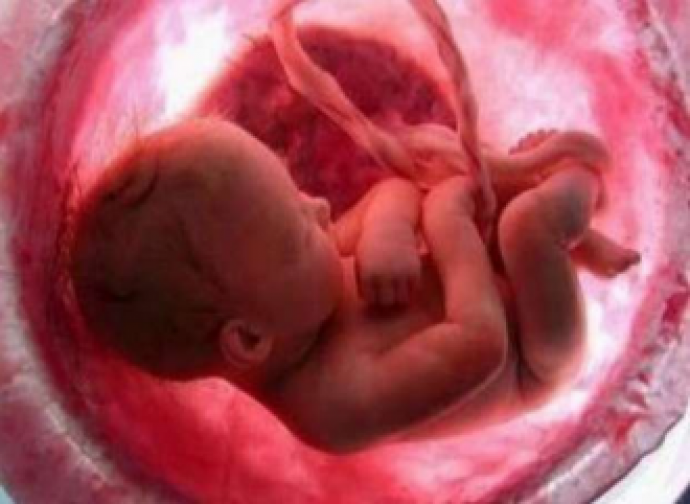 "An experienced scientist at the government's biomedical research lab has been thwarted in his efforts to conduct experiments on possible cures for the new Coronavirus because of the Trump administration's restrictions on research using human foetal tissue."

That was the attack in an article by Amy Goldstein in the Washington Post of 18 March 2020. Immunologist Kim Hasenkrug of the National Institutes of Health's Rocky Mountain Laboratories in Montana had asked his superiors to suspend this ban because of the pandemic that had just broken out. A few months earlier, several researchers had discovered the potential of 'humanized mice': mice into which cells from voluntarily aborted foetuses are transplanted, which, in the case of this particular research, develop into lungs; these mice are then infected with the virus and subjected to experimental treatments, including vaccines, which were not yet available at the time.

This was the normal course of medical research, at least before Trump stepped in to put a stop to this kind of barbarism hiding under a white coat. In 2019, the administration of the former US president had in fact put an end to new experiments conducted using tissue from aborted babies, causing, as to be expected, turmoil in the political and scientific world. To be precise, Trump had frozen funding for the National Institutes of Health's internal research into the use of recently aborted foetal tissue. At the same time, The Donald had made requests for funding from external bodies subject to a review procedure by the Ethics Advisory Board, which, according to the protesters, had too many anti-abortionists in its ranks. Then the pandemic 'providentially' arrived, the perfect opportunity to lay the blame for the deaths and illnesses on ‘medieval’ Trump, guilty of stopping research and endangering the health of millions of people.

Between 1994 and 2013, three hundred and twenty-two million diseases were avoided thanks to vaccines tested on foetal tissue, 732,000 premature deaths were prevented, and more than a thousand billion in social costs were cut, according to the US Centers for Disease Control and Prevention (see here): these are the numbers of the benefits of using biological material from aborted foetuses in research and pharmaceuticals. Whether presumed or real, it is not difficult to see which way the scales are tipped in relation to 'only' a few dozen or a hundred babies cut to pieces, in the eyes of those who now see the inhuman principle mors tua, vita mea as synonymous with realism, progress, and health.

Exactly two months after the controversial election of Joe Biden on 7 January 2021, dozens of associations undertook to write to the newly elected president requesting (see here) him to revoke the decision of the Department of Health and Human Service, which prohibited research using human foetal tissue. As early as 16 April, the management of the National Institutes of Health (see here and here) announced the lifting of the 2019 restrictions. The decision was strongly opposed by the pro-life movement, which had gained strength during the Trump administration, but was applauded by many research institutes, such as the International Society for Stem Cell Research (ISSCR), the world's largest stem cell research organisation, which in a statement shows that this research, which finds its causa essendi in abortion, is today more or less ubiquitous (see here): "Foetal tissue is a crucial research tool that has contributed to numerous scientific advances and saved millions of lives. It was instrumental in the development of vaccines for polio, rubella, measles, chickenpox and rabies. It remains essential for creating models of the human immune system to study viral infections with HIV, Zika, Coronavirus and other viruses. Foetal tissue is important for the advancement of stem cell research and regenerative medicine because of its use as reference material for the validation of stem cell-based models of human development and organs".

So the problem of tissue from aborted babies is now a systemic reality, as well as a thriving business network. The present and the future appear marked: vaccines and new therapies are tainted ab origine by abortion and dismemberment of the foetus, not to mention the abhorrence of humanised mice and chimeras. Perhaps it would be a good idea, from an ethical point of view, to reconsider the category of remote cooperation, which seems ever less appropriate in such a context: whether we like it or not, we are part of a system based on supply and demand. And we are the consumers, the last wheel on the recipient wagon, of course, but still essential for the 'market' to thrive.