The US Supreme Court's anti-abortion draft, signed by Justice Alito, explains that the principle of stare decisis cannot bind the court if precedents are erroneous, such as Roe v Wade and Casey v Planned Parenthood. These rulings set an arbitrary threshold such as foetal viability, and caused both social and legal harm. The Alito draft also sets out the principles that abortion laws will have to respect if Roe and Casey are overturned. 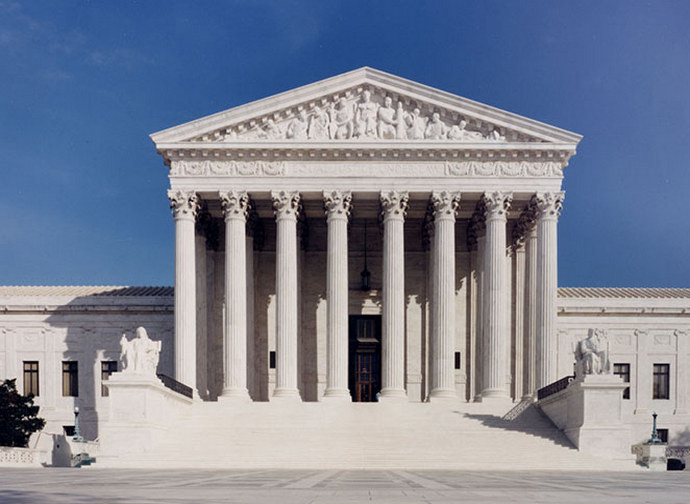 We continue with the second of two instalments (see first instalment here) regarding the analysis of the US Supreme Court's draft, which seeks to overturn both the 1973 Roe vs Wade ruling, which legalised abortion across the country, and the 1992 Casey vs Planned Parenthood ruling.

Anticipating a likely objection from the pro-choice side, the judges who signed the draft argue that while it is true that case law precedents have a strong guiding value for future judicial decisions, especially in the Common Law legal system, this does not mean that the judge must remain bound by those precedents, but may overrule them if they find them erroneous: "When one of our constitutional decisions goes astray, the country is usually stuck with the wrong decision unless we correct our own mistake. [...] Therefore, in appropriate circumstances, we must be willing to reconsider and, if necessary, overrule constitutional decisions. [...] The Court has no authority to decree that an erroneous precedent is permanently exempt from evaluation under traditional stare decisis principles. A precedent of this Court is subject to the usual principles of stare decisis, under which adherence to precedent is the norm but not an inexorable command" (pp. 36, 64). This is confirmed by a long list of constitutional decisions that have overturned previous rulings. And so the Court today feels compelled to overrule the two rulings in question because "Roe's constitutional analysis was far outside the bounds of any reasonable interpretation of the various constitutional provisions to which it vaguely pointed. Roe was on a collision course with the Constitution from the day it was decided and Casey perpetuated its errors, and the errors do not concern some arcane corner of the law of little importance to the American people. [...] Together Roe and Casey represent an error that cannot be allowed to stand." (p. 40). This view of the Court was also shared in the past by several government administrations, which had asked six times for the Roe ruling to be overturned.

We have seen that the heart of the Roe and Casey judgments lies in the misinterpreted concept of freedom. The freedom to have an abortion, according to Roe, can be mitigated by the principle of viability of the foetus: if the foetus can survive outside the womb, the possibility of having an abortion is significantly restricted. This principle is completely unprecedented, a pure invention of the judges. Their colleagues today also comment: "It is very hard to see why viability should mark the point where 'personhood' begins" (p. 47), given that this discrimen regarding access to abortion could only mean that when a foetus is viable it is a person.

The Court then states that at the time of Roe the threshold for survivability was 28 weeks, whereas today it is 23-24. How can it be that the same foetus is protected differently if it came into existence yesterday or today? Moreover, even today viability depends on the equipment available in the various hospitals to which the woman avails herself. "On what ground could the constitutional status of a foetus depend on the pregnant woman’s location?" (p. 48). Finally, viability is a criterion that is identified each time and with great uncertainty because it depends on many variables. But how can it be that the protection of life is so constitutionally uncertain?
The Casey ruling then provided another constraint on the protection of nascent life: abortion laws must not impose "undue burdens" on a woman's right to abortion. Alito explains at length the absolute vagueness of the expression "undue burdens" which has led to the most disparate jurisprudential decisions.

Roe and Casey caused deep social rifts: “Roe certainly did not succeed in ending division on the issue of abortion. On the contrary, Roe 'inflamed' a national issue that has remained bitterly divisive for the past half-century. [...] This Court's inability to end debate on the issue should not have been surprising. This Court cannot bring about the permanent resolution of a rancorous national controversy simply by dictating a settlement and telling the people to move on. Whatever influence the Court may have on public attitudes must stem from the strength of our opinions, not an attempt to exercise "raw judicial power". (pp. 64-65). “And far from bringing about a national settlement of the abortion issue, Roe and Casey have enflamed debate and deepened division. It is time to heed the Constitution and return the issue of abortion to the people's elected representatives (p. 6). On the legal front, too, things are no different: neither decision has ended debate over the issue of a constitutional right to obtain an abortion. Indeed, in this case, 26 States expressly ask us to overrule Roe and Casey and to return the issue of abortion to the people and their elected representatives (p. 64).

The judges who signed the draft are keen to emphasise that the court cannot follow the mood of the people or political correctness. “We cannot allow our decisions to be affected by any extraneous influences such as concern about the public’s reaction to our work. [...] We do not pretend to know how our political system or society will respond to today's decision overruling Roe and Casey. And even if we could foresee what will happen, we would have no authority to let that knowledge influence our decision (pp. 63, 65).

The two most disruptive pieces of news in this draft are the decision to overrule Roe and Casey, and, not widely reported in the media, the indication of the constitutional principles that state legislatures will have to follow to ensure that state abortion laws are not unconstitutional. The Court therefore warns that present and future abortion laws, once Roe and Casey have expired, may face constitutional challenge if they do not respect the following principles: “respect for and preservation of prenatal life at all stages of development; the protection of maternal health and safety; the elimination of particularly gruesome or barbaric medical procedures; the preservation of the integrity of the medical profession; the mitigation of fetal pain; and the prevention of discrimination on the basis of race, sex, or disability” (p. 66). This is a final note of enormous significance because it could lead to the repeal of many US abortion laws and prevent the enactment of others in the future. As a side note, the Court declared the Mississippi law it was asked to rule on constitutional because it complied with these principles.

With all this is mind, we will see if this embryonic Court decision on Roe and Casey will withstand the attacks of the pro-choice crowd and become final.