Experimental vaccines or cures? The enigma of the EU Regulation

Vaccines may only be used on an experimental basis if there are no alternative treatments. If there are valid cures, the Committee must revoke the authorisation. An article in the 2006 EU Regulation sheds light on the subject of Covid treatment and could explain the Ministry’s obstinacy in not reforming the home treatment protocol. All this while the rejection of the old low-cost drugs continues, and hopes for a new drug, Molnupiravir, by Pfizer coincidentally, are emphasised. 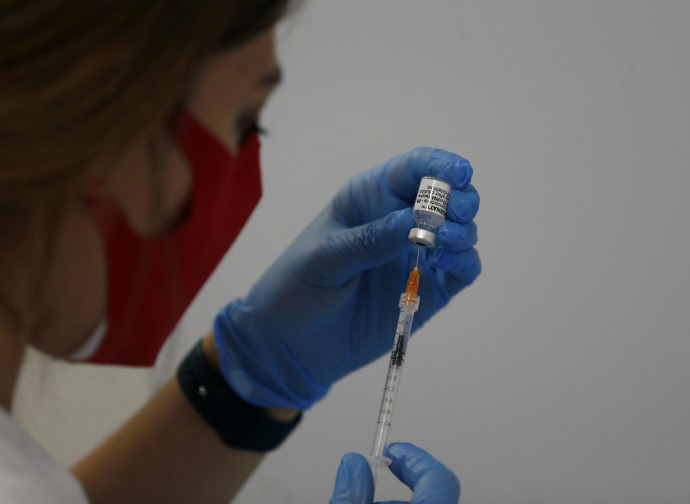 What if those doctors who treat patients without giving up or putting all their hopes in the vaccine are right? In fact, there is breaking news on the therapeutic front: an old drug, Niclosamide, an anti-parasitic, has been shown to inhibit viral replication and thus prevent the formation of syncytia (the fusion of two or more cells) induced by the spike in laboratory tests. An old drug, used to treat intestinal infections, could become a powerful weapon against the coronavirus. Just as Hydroxychloroquine, which started life as a drug against malaria (transmitted by a mosquito), and Ivermectin, which kills intestinal parasitic worms, and is also effective against scabies and lice, another anti-parasitic drug could be the solution to treating Covid. At the very least, this should give scientists and researchers pause for thought, and draw attention to the genesis and origin of Covid-19, which is still unclear.

The study on Niclosamide is being carried out by a team of researchers from the prestigious King’s College London, together with the University of Trieste and the International Centre for Genetic Engineering and Biotechnology (ICGEB) in Trieste, which has discovered the mechanism that leads to the abnormal fusion of lung cells infected by the coronavirus and how Niclosamide has a preventive action, managing to block this process driven by the spike protein. The study has just been published in Nature. As mentioned, Niclosamide is a pesticide that was originally used as a molluscicide against snails in the 1950s. Later, starting in 1982, it was also approved as a treatment for intestinal tapeworm infections in humans and is already known to be active against some viruses. Among the discoverers of the efficacy of Niclosamide on Covid is Professor Mauro Giacca, a professor at the University of Trieste and lecturer at King’s College London. It is he who discovered a completely new mechanism, activated by the virus spike protein, which activates a family of proteins in the cell, called TMEM16, which are essential for cell fusion. This mechanism also underlies the activation of platelets, and could therefore also explain why 70% of patients with severe Covid-19 develop thrombosis.

We shall see if Niclosamide will be allowed by the EMA and AIFA to be used off label, or if it will encounter the institutional veto that has already blocked Hydroxychloroquine and Ivermectin. A veto that affects – coincidentally –  old, very low-cost drugs. Drugs that could drastically reduce the mortality rate of Covid, making it a disease like many others, ending the state of emergency, and finally making the vaccines no longer so essential as to be a generalised and coercive practice. It is an unforeseen and extraordinary scenario, which could also have important repercussions on vaccination strategies. Vaccines, which at present must be considered experimental products (until 2023, as Pfizer itself states), can only be authorised if there are no alternative treatments. If there are valid treatments, the Committee must revoke the authorisation, according to Article 4(2), last paragraph, of Regulation EC 507/2006 of 29 March 2006.

Perhaps this could also explain the stubbornness with which the Ministry defends its protocol, based only on the use of antipyretics and watchful waiting, and therefore on the intransigent denial of any other type of treatment. There must be no cure, against all evidence and every new discovery: a kind of obscurantism.

This denialism is aimed at the old low-cost drugs. However, it may not be true of other drugs, and that too is food for thought. We have already seen a certain openness towards monoclonal antibodies, but there is also another drug that is making waves, and which has been announced in emphatic and prodigious tones: it is a brand new antiviral, “the drug that could save the world” as it has already been defined. It is called Molnupiravir, and acts as a protease inhibitor. Researchers who are developing it claim that one tablet a day for five days should completely eliminate Covid.

Which company will produce and market it? Pfizer.

After all, epidemiological evidence may in a few months’ time give disappointing results on vaccine efficacy. It would not be the first time that a vaccine did not meet expectations. “Sorry, we tried” would be the explanation. Medicine is conducted on trial and error. But there will be an alternative solution, and this time we can be sure that the authorisations for its use will not be long in coming.