For years, it seems that the only way to resolve economic crises is by central banks issuing new liquidity. However, this continuous creation of money “out of thin air” has negative ethical implications. It damages individuals and social cooperation. 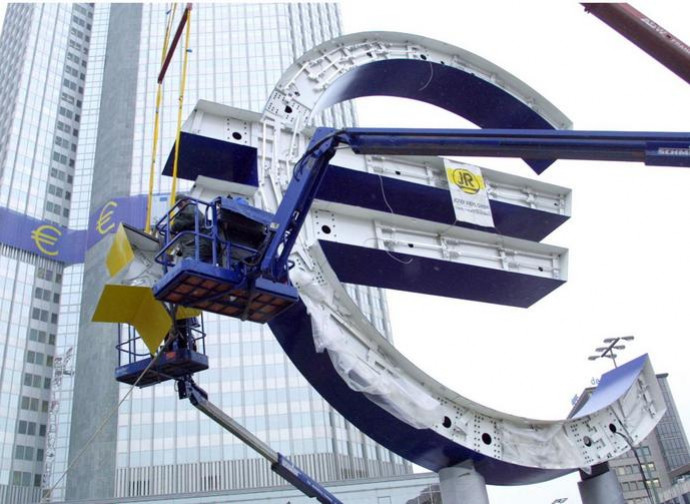 For years, the worlds of communications, politics and finance have been working in unison to propose an economic model that bases its solidity and health on heavy central bank interventions. The aim of this model is to flood economies with ever readily-available liquidity. It is, therefore, fair to consider its ethical aspects and the impact this financial model has on the economy according to the Social Doctrine of the Church. The Catholic social magisterium says  the economy is none other than the social cooperation between persons, each with his own intrinsic dignity, to achieve material ends.

To begin such a reflection it is worth noting that reasoning about monetary issues presents an inherent difficulty. This is so, since money is simultaneously a measure of value (“a unit of account”) and a means of exchange. Money, therefore, is both a unit of measure of the value a good has as well as an instrument of estimation in that it is an asset by which other goods are appraised and exchanged.

We see this principle applied every time we speak of a quantity while distinguishing “real” from “nominal” value, as with GDP and wages. Nominal GDP is measured from time to time during a specific period; real GDP, on the other hand, is  assessed in terms of purchasing power with respect to another historical period (e.g. the previous year) and allows us to fully compare the worth of money according to two different moments in time. Since the modern world is structurally inflationary, these comparisons must be constantly adjusted by resorting to real values.

Inflation is not only a structural but also a deeply artificial element. In the modern era, inflation is caused by central and commercial banks which tend to issue money out of thin air. For the sake of quantitative comparison, the "pre-modern" period  that was characterized by the highest natural form of inflation was the one tied to the discovery of the New World which was followed by "massive" flow of gold back into the Old Continent of Europe. This, in effect, doubled the devaluing of gold-backed currencies in about 100 years.

This past century, characterized by a progressive adoption of fiat money, disassociating currencies from a gold standard, has produced trends which have doubled the monetary base (the total amount of money in circulation) every ten years! After the 2008 financial crisis, this trend further accelerated: the U.S. monetary base has, in fact, increased six-fold between August 2008 and May 2020 (+ 508%) while, by comparison, the euro quadrupled (+ 279%) . This all happened in less than 12 years!

But what are the effects of such trends on the economy, that is to say, on civil society and human collaboration? Without seeking to be exhaustive, there are some important aspects to define when focusing, above all, on their impact on individuals and, secondly on a companies’ structures of production.

First of all, we are currently experiencing strong and progressively increasing disincentives for savings. It is worth recalling that saving is the most important source for investment and, therefore, the ability of companies to evolve towards increasingly advanced and efficient technical business models. The inflationary aspect inherent in monetary expansion causes purchasing power of money to decrease. Hence, in this case saving money in the long term is absolutely not recommended, as money is gradually devalued. In the same sense, it is unwise for banks to lend money, because the money repaid equally tends to devalue.  Instead, it may seem advantageous to incur debt, because in terms of “real value”, what is eventually repaid has less value that what was received. Public and private indebtedness is, therefore  encouraged. Money, instead of nourishing trade, ends up being a hot potato to be sold quickly as possible before it irreparably loses its value

The continuous availability of new funds, thus, generates a false sense of infinite resources. The ease with which money is printed creates the illusion that wealth can also be produced without any real effort. In reality, inflation does not create wealth but transfers it. This transfer of wealth takes place in directions we are only partially possible to identify and with little accuracy: the transfer from creditors to debtors; from new generations to previous ones; from those on a fixed income to those with variable earnings. This false idea of prosperity and infinite resources discourages personal and community commitment to work. It also feeds our growing demands on those who have the power and responsibility to manage monetary leverage: governments and banking systems.

Social cooperation become, thus, distorted and threatened to the extent that everyone believes they can do little in terms of being protagonists of their local community’s economic development. We end up being self-absorbed as unbridled consumers. We increasingly depend on third-party decision-makers – those working in governments, central banks and the world of finance - without even acknowledging our personal responsibility for potential contributions to the development of society and the economy of our own community.