Even Northern Europe is childless. Policies are not enough

Iceland, Norway, and Finland have record low fertility rates, half of what they were 50 years ago, and couples are having children much later in life. These are the most disturbing statistics in a report on social, economic, and demographic conditions in Northern Europe. What is interesting is that these are the countries with the strongest pro-birth policies. It is yet another proof that economic and social policies do not provide the true answer to the problem of the declining birthrate. 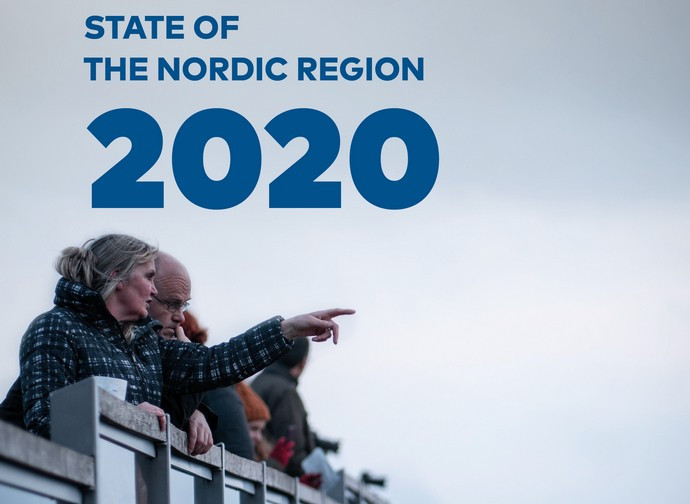 Incentives, bonuses, day cares, family quotients, tax exemptions, various contributions: these are all repeatedly presented as the recipe for reviving the birth rate whenever there is talk about the demographic winter. It is taken for granted that if these measures are applied properly, the trend will be reversed. But this is not so, and the proof is found not in the skeptical predictions of pessimists but in the facts of what is happening in the Nordic countries. Specific confirmation is given in the new report, State of the Nordic Region 2020, which monitors population, the employment rate, and economic trends in Northern Europe.

The demographic trends that emerge from the report are, to say the least, disturbing. Essentially there are three. First, the birth rate continues to decline in all of the Nordic countries, as it has been for years, with record lows being reported in Iceland, Norway, and Finland. In all three of these nations current fertility rates are the lowest that have ever been registered.

The case of Iceland is perhaps the most disturbing. In just ten years, the birth rate has dropped or rather plummeted from 2.2 to 1.7 children per woman. When this is combined with the birth rates in Sweden (1.75) and Denmark (1.73), the result is that the average birth rate for the entire Nordic region is now only slightly above the European average of 1.5 but well below the rate necessary for stable replacement (2.1). The only virtuous exception is the Faroe Islands (2.5), with a population of less than 50,000 people, so small as to make the Danish archipelago the classic exception that proves the rule.

A second significant piece of data from State of the Nordic Region 2020 regards the higher age at which couples are having their first child. Today parents under 25 years old in the Nordic countries are a true rarity, and the number who have their first child when they are over 35 is steadily increasing.

The third relevant aspect of the report concerns paternity leave and other social policies intended to promote having children. Such measures are being enacted worldwide but are having only minimal effects on demographic trends.

This last aspect is being openly acknowledged by Anna Karlsdóttir, the co-author of the research in question, who admits: “Although family policies have had some effect on birth rates, the impact has not been as great as one might expect”. The numbers, as they say, speak for themselves: in Sweden from 1965 to today the average number of children per woman has declined from 2.31 to 1.75, in Norway from 2.9 to 1.56, in Finland from 3 to 1.41.

This last statistic, the Finnish birthrate, appears particularly striking for two reasons. The first is because Finland is the nation at the head of the World Happiness Report, a ranking which theoretically makes it “The Happiest Nation in the World,” or at least the one whose citizens’ sense of being happy is the highest.

The second element worthy of note is Finland’s strong pro-birth policy, which is really exemplary. It is enough to recall that since 1938, every expectant mother in Finland receives the äitiyspakkaus: a “newborn package” containing everything they could need (baby clothes, blankets, a heavy outfit, caps, socks, a set of sheets, a hygiene kit containing a toothbrush, nail-trimming scissors, a mattress, a bib) and that often becomes the child’s first cradle of support. Despite all of this, birth rates are at the record low levels that we have noted.

Anticipating objections, does all of this perhaps mean that there is less reason to pressure governments to invest in the family? Certainly not. However, the present condition of the Nordic countries – the most virtuous in the world when it comes to welfare – is something that ought to teach us that the origin of the birth rate crisis is cultural rather than economic. It is a wound that will be healed only if there is a return to the promotion of marriage and marital stability.

But if instead we want to think that it is just a matter of having more daycares or better family quotients, then this fundamental battle that is so important will be lost right from the start. This is a bitter consideration that should also be realised by a certain part of the Catholic world that, for years now, has asked the governments for an economic commitment to families, thus showing that it has poorly understood the heart of the problem that we are facing.