Euthanasia for newborns is (already) the norm in Belgium

The term "euthanasia" is never used to describe these cases. And yet in just one year, between 2016 and 2017, 24 children from a few days old to 12 months of age were euthanised. The reason: because they would have had no "hope of a bearable future." Such cases are never talked about because the childrens' parents consented. When we hear about "sweet death," do we really know what it is? 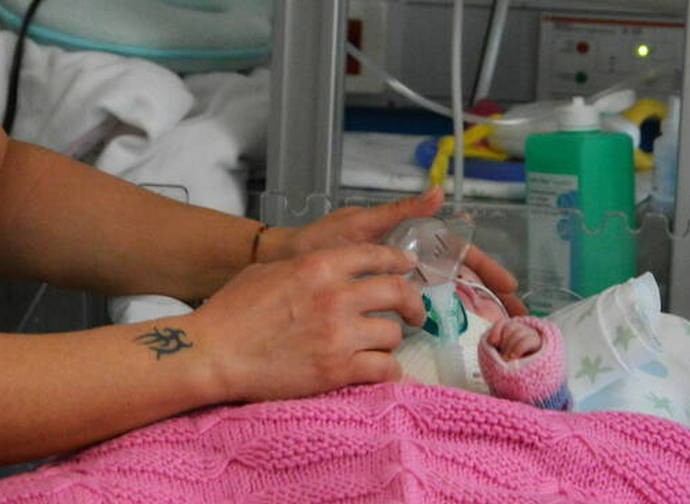 At a time when the news of a million-plus signatures were collected for a referendum in Italy on legal euthanasia has been circulating (the organising committee has completed the certification of over 513,000 signatures), it definitely seems the right time to start thinking about what's already happening in places where "sweet death" has been effectively legalised  for some time now. This is the case of Belgium where, amid widespread indifference, a shocking phenomenon has been gaining ground in recent years, that is, the killing of babies whose lives are deemed "unworthy of being lived."

It’s not even a hoax. The child euthanasia  issue was recently mentioned in an largely ignored article. It was published in the scientific journal Archives of Disease in Childhood - Fetal and Neonatal Edition and received comments on the European Institute of Bioethics' website. The article's title ("End-of-life Decisions in Newborns and Infants") barely hints at the seriousness of the matter currently being debated. We are talking about the deliberate taking of human lives whenever medical personnel assess and consider that there is "no hope of a bearable future."

According to the article, between September 2016 and December 2017, such medical interventions involved the lives of 24 children between the ages of a few days and 12 months. A total of 24 children means that 10% of the babies which died within their first year of life in Flanders died on the basis of a prior medical decision involving lethal injections. In addition to being very high, this percentage is also increasing considering that surveys taken  between 1999 and 2000, the percentage was 7%.

The ethical problems are quite clear in this situation. We are dealing with real instances of infanticide, even if they are committed on the basis of an allegedly "unbearable future." On closer inspection, the point is that there are also legal problems. Until proven otherwise, Belgian law already allows euthanasia to be carried out on minors, provided that they are capable of discerning and are conscious at the time the request for a "sweet death" is made. How, then, can we explain the fact that dozens of neonatal deaths occur every year in Belgium while the general public tends to be indifferent?

The tragic cases of British children (Alfie Evans, Charlie Gard and Isaiah Haastrup) had been rightfully discussed for weeks, if not months. So why is it that over the years a veil of troubling silence has descended over the 10% of the babies who die in Flanders because of euthanasia? Evidently, the dilemma does not seem so far-fetched and can be clarified with at least a couple of explanations. The first is that the lives of these poor new-born babies were almost certainly terminated with the consent of their parents. Otherwise, their cases would have immediately ended up in court battles and not among the pages of some scientific article in which euthanasia is never openly discussed.

A second explanation for this phenomenon  (and surely one reason why parents consented to arranging their children’s’ deaths)  is born out of a certain cultural climate. It is a cultural tendency which, unfortunately, seems to have been created in Belgium. It is a deadly trend, demonstrated by the fact that deaths-on-demand are increasing exponentially. Not only between 2003 and 2019, demand  rose by more than 1,000%, it doesn't even seem to shock people.

Hence one final question: are the million-plus  signatories for the referendum on legal euthanasia even aware of what is going on in Flanders? What would they think about it if they did? Above all, at banquets where signatures are collected, are these polemics even brought up or does euthanasia continue to be sold as a personal issue with no social consequences? This suspicion - indeed much more than a suspicion - is certainly food for thought.