EU does not trust the new Spanish Red Government

In his thirst for power Prime Minister Pedro Sanchez has tightened his deadly alliance not only with the leftist party Podemos, the European version of Castro-Chavez populism, but also with the most extreme Spanish secessionist movements. The Prime Minister has seen his political stock decline in Brussels. The program presented by the Socialists and Podemos is a shift in an unparalleled obscurantist direction. 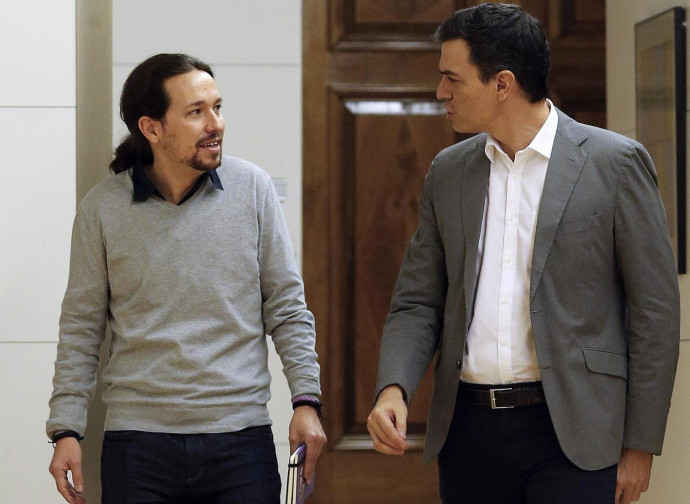 Spanish Prime Minister Pedro Sanchez is continually losing his clout within the EU, after having enjoyed a 2019 full of prestigious acclaim and real bargaining power. Proof of his influence is seen in the European Parliament, where both the leader of the Socialists and the High Representative of Foreign Policy are Spanish and socialist. But Sanchez has seen his political stock decline in Brussels.

One of the reasons is his intention to create a national government with the extreme left and the independents, even including the Catalan separatists. In Brussels, as in Madrid, people were trusting that there would be a government with members of the Socialist party, the People’s party, and liberals of the center-right “Citizens” party. But instead, Sanchez’s absolute thirst for power has pushed him in the last few days to intensify and accelerate a deadly and detailed alliance not only with Podemos, the European version of Castro-Chavez populism, but even with the most extreme Spanish secessionist movements.

Not only the Republican Left of Catalonia but also the secessionists of the Basque National Party would be able to abstain or even vote in favor of Sanchez’s government after the assurances they have received on the referendum and autonomous powers that are connected to secession. As just one example, the Basque Country was granted a sovereignist agenda that would even permit them to form national sports teams, and Catalonia was promised that it will get to hold a referendum that is implicitly secessionist.

Not everything has already been decided: despite Sanchez’s tireless commitment, the President of the Government of Catalonia Quim Torra publicly warned the Republican Left of Catalonia not to accept any agreement that does not include an explicit acceptance of a secessionist referendum.

Now, the Republican Left of Catalonia is faced with a dilemma: either to support the national government with the Socialist party and Podemos and undergo a government crisis in Catalonia, or maintain the Catalonian coalition and break off from the Socialists and Podemos. In recent days Pedro Sanchez and Pablo Iglesias have given their program of government to the Spanish Congress, published on December 30 and 31 by the major national newspapers. Their agenda marks a shift in an unparalleled obscurantist direction: state socialism returns to power in the most coercive and anti-liberal forms that can be imagined.

In the coming days Sanchez will ask for a vote of confidence, and these are frenetic hours even within the PSOE (Spanish Socialist Workers’ Party), where many barons remain critical of a coalition that would definitively push the party back to the Twenties of the last century, towards a Marxism and communism that has nothing to do with the 21st century.

In this sense, Sanchez’s critics within the Socialist party are drawing strength from a recent survey of their own voters, among whom only 10% support a coalition with Podemos and the Left, while the remaining 90% prefer an institutional alliance with the People’s party and the “Citizens” party or new elections (17%).

The recent crisis in Bolivia has revealed the real power of Pablo Iglesias, the leader of Podemos, who will be given the role of Vice-President of the Government with the coordination of foreign policy for international cooperation and probably immigration as well. There is so much concern that the Spanish press has been full of debates and the results of investigations in Bolivia and Peru of the financing received directly by the Podemos party from former Bolivian President Evo Morales totaling $250,000.

All this is only a light appetizer, nothing at all compared to the program of the next Marxist government of Spain. The Spain that will result, if Sanchez succeeds in winning the definitive vote of confidence before January 7, will not be the same Spain that we have known until now. A little less than one hundred years after the 1936 victory of the Popular Front in Spain and the communist takeover in Catalonia, a new project that is as radical as it is definitive is being proposed for the future of Spain.

The new program of progress for Spaniards includes the following, in bullet form:

After Portugal, where the Socialist Government is based on the benevolent and complicit abstention of the extreme left, and after Italy, where the populists of Cinque Stelle and all the leftists (except for the communists) are united in a single executive authority, it is now Spain’s turn to experiment with a new path of revolutionary Socialist government, one that was already attempted a century ago and was again pursued by the Zapatero Government (2004-2011). These are difficult times, and prayers for the Church and the Spanish faithful are urgently needed.