Eliminating Alfie : the origin of evil is in England

What we attribute to Nazism, is in fact a culture well rooted in the United Kingdom (and not only) and still very much complied with. Worse still, as the case of Alfie Evans demonstrates, the eugenics culture is now openly practiced in hospitals and proclaimed in courtrooms. 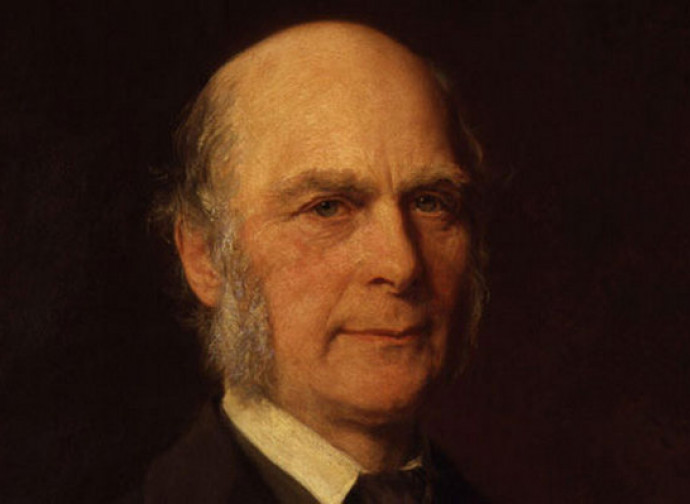 «What good does it do to humanity to maintain artificially and rear the thousands of cripples, deaf-mutes, idiots, etc., who are born every year with an hereditary burden of incurable disease?  ... What enormous mass of suffering these figures indicate  for the invalids themselves, and what a vast amount of trouble and sorrow for their families, what a huge private and public expenditure! How much of this pain and expense could be spared, if people could make up their minds to free the incurable from their indescribable torments by a dose of morphia!»

Anyone would think that this declaration expressed the convictions of a prominent Nazi.  But it doesn't, instead these words go back well before Nazism and are an extract from the book "Wonders of Life", written in 1904 by Ernst Haeckel. Known as the founder of ecology, Haeckel was notably, an enthusiastic disciple of Charles Darwin and his theories on natural selection; and later of Francis Galton (1822-1911), a cousin of Darwin and the father of Eugenics. Galton takes the Darwinian theory of natural selection to the extreme: armed with the recent discovery of gene inheritance, he raised the question of how to "guide" this selection in order to improve the human race.

This is the basis on which the Eugenic Societies were founded at the beginning of the 20th century, the first one in England. At the start, there was talk of "positive" eugenics, that is through selective marriages, favouring reproduction by couples from the best elements of society. But it wasn't long before they moved on to "negative" selection, that is to ban the weak from reproducing. Not without reason, eugenic laws (with forced sterilisation of the "unsuitable") between 1910 and 1925 were approved and applied in several northern European countries and in most of the states in America.

This historical background is important because it helps us to comprehend what took place at the Alder Hey Liverpool hospital where little Alfie Evans was treated as "waste" to be eliminated.

The events regarding Alfie's treatment have provoked swathes of people, not least for their astonishment at the chilling judgments of the British judges, to recall the Nazi laws on selective breeding.
Even if the German regime applied these programmes systematically, it is reductive and ultimately misleading to reduce the eugenics mentality to Nazism.

On the contrary, it is precisely Great Britain of the late 800s and early 900s which is at the origin of that racist movement and that "culture of waste" (as Pope Francis would say) which manifested its moment of greatest splendour in the Third Reich. It is fundamental to know, that Nazi Germany might never have been able to implement certain programs if it had not been for the generous funding by the major American and British foundations and for the widespread consensus the Nazis received in Europe.

Professor Ernst Rudin, a Nazi psychiatrist and theoretician of these racial laws, was only able to open his Kaiser Wilhelm Institute for Anthropology, Eugenics and Human Genetics (Munich, 1927) thanks to the funds of the Rockefeller family. In addition, Hitler was able to count on the friendship and solidarity of other heads of government, who belonged to the Eugenics Societies, such as the British premier Arthur Neville Chamberlain and the French collaborationist prime minister Henri-Philippe Pétain.

Therefore, it is not Nazi Germany which is at the origin of the problem but precisely that democratic Britain which has horrified us so much over the Alfie Evan's case.
Nor is it correct to speak of a "return" to eugenics. In reality the eugenics movement never went away; it was transformed at the end of the Second World War only because of the tragic facts of what happened in Germany and because the word "eugenics" consequently no longer enjoyed a positive reputation. So the Eugenics Societies were gradually transformed, first of all into societies of genetic research or of biology and then they changed their name to make themselves more socially presentable.

This is the case of the British Eugenics Society: it has never stopped its activity, simply today it is called the Galton Institute and above all through its annual "Galton Lecture" enhances the studies on genetics that march in the direction of a "tailor-made" creation of individuals. Just to give an example, the Galton Lecture 2018 will feature Professor Jennyfer Doudna, author of an ethically controversial research on genome editing. The purpose of many studies by the Galton Institute is to arrive at a "programme" to produce individuals with the desired physical and moral characteristics.

This shows that what we attribute to Nazism, is in fact a culture well rooted in the United Kingdom (and not only) and still very much complied with. Worse still, as the case of Alfie Evans demonstrates, the eugenics culture is now openly practiced in hospitals and proclaimed in courtrooms without any sector of society lifting a finger, making the slightest fuss or even finding at least something sinister about what is taking place.