To understand certain accusations against the late Cardinal Gulbinowicz and other Polish prelates, one must reread history. The communist regime fought all its opponents with physical or psychological persecution. The Polish secret service prepared dossiers on every priest. In the 1970s roughly 1,000 officials worked for the sole purpose of monitoring the Church, which was perceived as an enemy of the communist system. Only a few priests (about 10%) collaborated with the communist authorities. Those who resisted or "caused trouble" faced being killed. 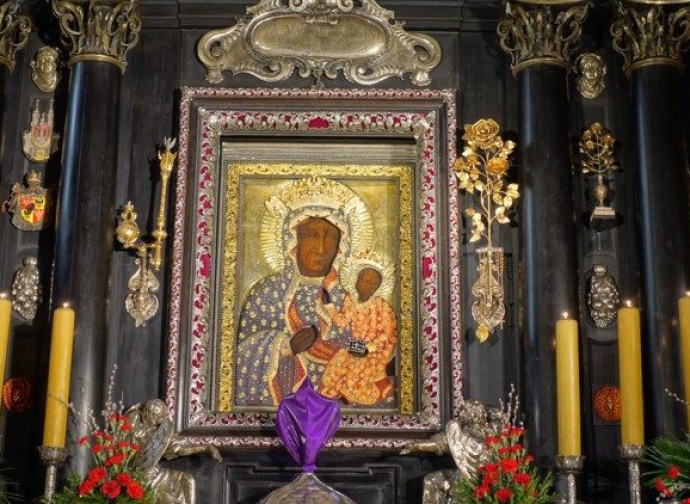 The Vatican's condemnation of the Archbishop Emeritus of Wroclaw, Cardinal Henryk Gulbinowicz, who was accused not only of an alleged episode of sexual harassment but also of collaboration with the former Polish communist regime’s secret service, has caused uproar and bewilderment. Many Italian acquaintances have asked me why many Polish priests have been accused of collaborating with the communist state. They did so without knowing the real history of communist countries and the secret service’s methods of monitoring Polish society. When they think of communism perhaps they have figure of Peppone in mind: a true communist with his own ideas, but often questionable methods of action, yet ultimately harmless, one who loves Don Camillo and the Church. Nothing could be further from the truth.

It was a totalitarian system that fought and eliminated every opponent. As one of Poland's historians, Peter Raina, noted, "One of the main purposes of communist totalitarianism was the psychological destruction or physical elimination of opponents." Physical persecution consisted of the use of violence, including assassination. Psychological terror was used to destroy people’s personalities. Every citizen was likely to find himself in a "dead-end" situation. Everyone had to be aware that their private life, professional career, and future depended on  the Security Services (in Polish Służby Bezpieczeństwa or “SB”).

Treating religion as "opium of the people", the Church was perceived as an enemy of the system and an obstacle to the creation of "homo sovieticus," so it became SB’s main target. The security apparatus was part of the Ministry of the Interior (MSW), where there was a special department, the so-called "Department IV," which dealt specifically with fighting against the Church. Back then was called the fight against "reactionary clergy." There was also a special investigative unit (Biuro "C") which collected any information concerning "suspicious" persons.

The Polish secret service prepared dossiers on every priest, called "Dossiers of priests' operational records (TEOK for short). Such dossiers were already opened when a man first entered seminary. The regime did everything to discourage young seminarians from continuing their studies, above all by forcing them to complete two years of hard military service. Communist regime officials were interested in everything, including the priest's family, his financial status, his opinions, livelihood, and even whether he owned a television or a car. Homilies were recorded and all their activities monitored. In the 1970s, roughly 1,000 officials worked exclusively in Church surveillance.

The Polish SB used two methods. The first method consisted in the anti-ecclesial policy of undermining Church authority. For example, religious lessons were abolished in schools; there were also bans on the organisation of religious ceremonies and the Church's use of mass media was obstructed. The second method was much more cunning and employed psychological terrorism. The were numerous ways they did this. The most zealous priests were accused of conducting activities against the State and serving the imperialist enemy. Then they were brought before spectacular “show trials” that ended in priests being sentenced to death or having to serve long prison terms.

But first and foremost, the SB sought to compromise priests in order to blackmail them. It was common practice to gather as much information as possible about the habits of each priest: whether they liked alcohol, women or  were frustrated in their work. Often, female agents were used to put priests in compromising situations. Then, if priests could be blackmailed, a proposal was made to ask them to cooperate with the SB. Collaboration with SB agents included providing information about their parish, the activities of the parish priest, as well the behaviour and convictions of bishops.

But they also used the "carrot and stick" method: rather than threatening priests, they offered them assistance. For example, they would offer help in building a new church if the bishop promised to distance himself from the Polish Primate. Usually, bishops refused any such collaboration and, hence, churches were not built. Communist “financial police” (internal revenue inspectors) maliciously monitored bank accounts and parochial taxes. This method was also applied to the Church’s publishing activities which were controlled by the State. Since the circulation of publications depended on decisions of the Office for Religious Confessions, which liaised with the SB, permission was promised to increase circulation or to provide more paper (at that time the distribution of paper was completely in the hands of the State), if magazine managers agreed to provide information about the members of the editorial staff and colleagues. Certain managers, with the oral approval of their superiors, accepted such blackmail because the chance of increasing religious press circulation was seen as a priority.

Despite the widespread and incessant work of the SB, only a very small number  of priests (historians estimate 10%) were involved in some form of collaboration with Polish secret service. Far fewer male religious and even fewer female religious  (about 2%) were implicated

Polish clerics who refused to bend to SB demands or who had "caused too much trouble" likely faced assassination. We know of 18 names of priests murdered by the communist government. There is the well know "martyr of communism", Blessed Fr. Jerzy Popiełuszko. And we must never forget others such as Władysław Gurgacz, Stefan Niedzielak, Stanisław Suchowolec and Sylwester Zych.

These circumstances continued until 1989.