In Spain a dog is already considered something halfway between a property and a person. An owner leaves his dog with a waitress for the period he is away for an Erasmus project. But when he returns, the waitress doesn’t want to keep the pact. She takes the owner to court and the judge rules that also dogs have best interests that have to be taken into account. While babies in their mothers' wombs have lost the status of being a person, animals have just acquired it. 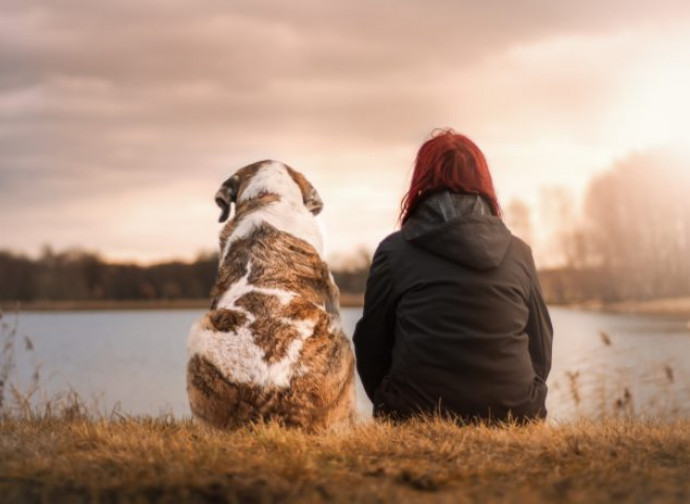 Beware of putting your dog on a leash too short. One day it might not drag you from pole to pole or flowerbed to flowerbed as it usually does, but straight to the courthouse. This is not some judicial fantasy but a reality on the horizon. In fact, it’s the logical conclusion of the legal case of Tuco the dog, a cross between a Belgian Shepherd and a Pitbull.

The story takes place in Spain in 2018. Tuco’s owner goes to Mexico for an Erasmus project and leaves his dog with a waitress named Oumaima Laamar. On his return in 2020, he writes her a message: "I'm home, I'm bored, can you bring my dog back". But Oumaima has changed her mind and keeps the dog. He therefore decides, in February 2021, to file a complaint for embezzlement. Last October, the civil court of Oviedo ruled in his favour and the dog was returned to its rightful owner.
The waitress, however, appealed and this time the judge ruled in her favour. So, what happened in the meantime? On January 5, a law came into force that no longer qualifies animals as objects, or things that can be moved about, but as "living beings endowed with sensitivity". This jump in status will oblige, for example, that precise agreements on their keep have to be made in the event of a divorce between owners - exactly as if they were children - or that they will not be subject to foreclosure in the event of debts.

But going back to Tuco. The dog will stay now with Oumaima, at least until the proceedings are concluded, because, "His well-being implies changes to his current situation are not to be made, above all changes that may not be definitive and that could cause unnecessary suffering to the animal that would be abruptly separated from the person who has been its custodian for at least the last three years. […] A change of environment and family nucleus could cause him avoidable suffering ». This is because, the judges add, between Ousimamia and the dog "important emotional ties" have developed.

Therefore, the established principle is not that an asset belonging to its legitimate owner must return to their possession, but what brings greater benefit to the dog. The owner is no longer the focus of the question, but the animal: the object has become more important than the owner. And therefore it is the dog's best interest that is the guiding criterion, not the person’s right of ownership. Moreover, it’s a best interest that is the prelude to the recognition of Tuco's subjective rights: legitimate interests can be the antechamber of law. This means all sentient animals, from skunk to white shark, are now in an intermediate legal position between movable property and human beings. Not things anymore, but not yet people. A sort of understated personality status. But it’s only a small step before animals’ subjective rights are fully recognised.

The new law that protects animals as sentient beings was primarily intended to stop bullfights. In fact, in the future it will be increasingly difficult to stab a bull with a sword without risking going to jail. Likewise, eating a steak will be practically equated to cannibalism; the choke leash will be considered an act of torture; not taking the dog out to satisfy its needs may be considered private violence; tying the dog to the kennel will be enslavement; writing opinions such as these will constitute defamation in the press.

The recent Spanish legislation, however, does have its logic: It takes away the status of persons from children in the wombs of their mothers and allocates it to animals. It reifies the unborn, it personalises animals. In short, the natural hierarchy of creation as desired by God has been overturned. Human beings are no longer at the top of the pyramid, but Tuco.