Documentary on womb-for-rent, silences the voices of the children

Ghosts of the Republique narrates the experience of two men whose parental aspirations were blocked by French law and therefore sought haven in Las Vegas, where, thanks to Crystal, the surrogate mother, they became the parents of two “children”.  The directors leave out children’s rights and admit wanting to create an advertisement to change the way people think, and hence change society. 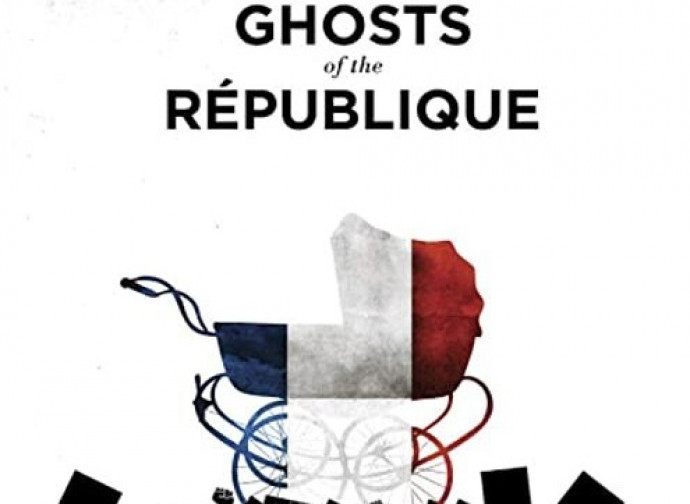 After the exploits of the ‘surrogate mother’ influencers Jessica Girado, who narrated the adventure for her followers day by day, or Breana Lockwood, who explained for her 165,000 followers how her 51 year old mother had given birth to a daughter for her – as if it’s a wonderful idea for a grandmother to give birth to her own granddaughter – the never-ending womb-for-rent propaganda is now advocating a return to more traditional but no less insidious methods.

Proof of this may be seen in the posting of Ghosts of the Republique on Amazon Prime, iTunes, and other platforms. This is a new 80 minute documentary narrating the experience of Aurelien and  Nicolas, a couple of 30 year old homosexuals whose parental aspirations were blocked by French law. They therefore travelled to Las Vegas to find a remedial and thanks to the encounter with Ms Crystal, they became the parents of two “children”.

In theory, this is an experience that could also have been presented as an exposé of wombs-for-rent, a practice well known as a response to claims advanced as a right more than parental desires: what a pity that, on the contrary, Ghosts of the Republique is nothing more than sheer propaganda. This is not argued by some of its critics, but admitted by its authors themselves, who stress their aspiration to change the mind frame of people about what a family is today.

“The idea of what a family is”, asserts Jonathan Narducci, the director of the documentary, “is one of the most important pillars of society, and Ghosts of the Republique reveals that the definition of family is in constant evolution”. Therefore, there is no need to suppose that the aim of this film is to manipulate people, because this is openly admitted in black and white. Moreover, the title of this documentary was by no means a casual choice. In fact, Ghosts of the Republique refers to the ‘children of Aurelien and Nicolas, who, in the light of prohibitions now in force, are not recognised as such according to French law. Those who clearly come across as cruel are not those who carry out or promote a practice as aberrant as womb-for-rent, but rather those who prescribe specific prohibitions in an effort to impede it in order to protect the dignity of minors, who must not become mere commodities, and the dignity of women.

Regarding the dignity of women, another gem in this documentary is its presentation of the surrogate mother as quite simply enthusiastic about her role. The aforementioned Ms Crystal, whose husband appears in the background at a certain point, considers her rented womb to be something very normal, adding that she is in affectionate and constant contact with the two “fathers”. “Aurelien and Nicolas”, as she disclosed in a recent interview, “have become a second family for me. I’m often in touch with them, and we had planned to spend a week together at the beginning of this year, but Covid made that impossible. We can’t wait to get together again. The bond created by this unique and intimate experience is incomparable”.

In their turn, the mass media that reported this are presenting the documentary as fundamental in order to understand what is behind surrogate maternity. As the Los Angeles Times promises, for example, Ghosts of the Republique “will open viewers’ eyes so they may glimpse the dramatic times impacting gay couples in order to become parents”. Fine, but what about the children’s point of view? Theirs is the right to have a father and a mother: what about that? Strangely enough, this new film doesn’t seem to worry about that at all: this is neither the first time, nor can it be considered a coincidence.

In fact, it is nothing new for the well-oiled propaganda machine promoting womb-for-rent to play aloud the chords of emotivity. In other words, with rather soul-touching background music, it narrates stories of parental aspirations lived by couples who “love one another” and are impatient “to give love”, even reaching the point of presenting to the public – something not that easy, objectively speaking – surrogate mothers happy about their “work”. Nonetheless, and pay attention to this, not once is the point of view of the child considered. How come? Most likely because if it was considered, the horrendous and callous reality of the womb-for-rent would appear in all its cruelty: and this, for those using clever ploys to change the rules of the game, is simply inadmissible.