Disposal of green energy? It's not a green matter

Everyone wants to avoid creating environmental problems. But good intentions is not enough if science kowtows to environmental ideology. For example: it is easy to talk about renewable energy, but the consequences of the disposal of obsolete wind turbine blades are a growing problem for the environment. This is why. 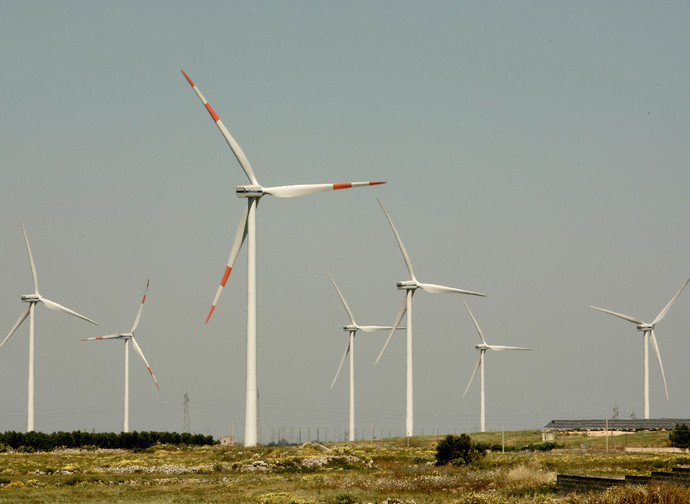 Everyone believes that the totally electric Tesla Model 3 is a really “green” car, environmentally friendly because it produces little CO2. On the other hand, its environmental impact, its battery and recharging, especially where this is done using lignite, such as in Germany, is perhaps not so “friendly”. In 2019 an authoritative German study centre, CEsifo, carried out a study comparing its emissions with those of the latest generation diesel Mercedes, discovering that while the Tesla emits between 155 and 180 grams of CO2 per kilometre into the environment, the Mercedes only emits 141. However, diesel is now doomed, those who still drive diesel cars are considered knaves threatening the health of the planet.

Even anyone who carries around a plastic mineral water bottle, one of the half-litre bottles still on sale in vending machines and bars, risks public disapproval: it is useless to try to explain that the problem is the thoughtless dispersion of plastic in the environment, and that the plastic in the oceans comes from the rivers (especially Chinese ones).

To prove to be “green”, eco-responsible, you have to use reusable water bottles, no matter if you fill them at home with water from plastic bottles bought at the supermarket. In addition, a calculation should be made of the environmental costs of production and distribution of the virtuous alternative water flasks, including their ecological footprint and in particular the CO2 emissions caused by their transport because, for example, many water bottles sold in Italy are manufactured in China and to reach our markets must travel a distance of over 8,000 kilometres at least.

Then there are the renewable energies towards which we must accelerate the transition because they are sustainable, inexhaustible, and clean. They are the future and the salvation of the planet, environmentalists say. Many countries are committed to using only clean energy by 2050.

The IPCC (Intergovernmental Panel on Climate Change) has developed a ranking of energy sources based on their CO2 emissions. The worst are coal and gas. The best energy is that produced by wind turbines, with zero direct emissions and life cycle emissions of 11 grams for those on land and 12 grams for those offshore. Its use would therefore seem to have only advantages. But this is not the case. Obviously, wind turbines need wind to work, which does not always blow, and their high impact on the landscape and the damage they do to birdlife has long been highlighted. Now the problem of how to dispose of them at the end of their life cycle, which is at most 20-25 years, is also emerging.  The United States expects to have to renew about 8,000 per year over the next four years, Europe about 3,800 per year and, after 2022, many more. Worldwide tens of thousands of them will have to be disposed of and the problem can only get worse.

The blades of medium-sized wind turbines are between 20 and 50 metres long and over 50 metres in the case of larger ones. The MHI Vestas V164 turbine has three 80 metre-long blades weighing 33 tons, is 220 metres high (over two thirds the height of the Eiffel Tower) and weighs 5,900 tons (more than 10 fully loaded Airbus 380s). The offshore Adwen AD-180 weighs 86 tons and its blades are 88.4 meters long.

To dispose of them the first problem is to remove them from the site. They have to be cut into at least three pieces, which is not easy because they are made of materials that have to withstand the continuous impact of particles carried by the wind at high speeds, very high or very low temperatures, large amounts of dust, intense exposure to ultraviolet rays, and extreme weather phenomena such as hurricanes and whirlwinds. The not easy work of sawing them should be done outdoors, using special diamond-encrusted saws, and releases a quantity of glass microfibers, epoxy resins derived from petroleum, and other polluting materials.

Breaking them up is not easy, but neither is recycling and reusing them. So for the time being they are almost always taken to specially created landfills where they are buried to prevent them from polluting the environment. But this means accumulating huge amounts of non-biodegradable waste. In Europe some blades are burned in furnaces producing cement or in power plants, but the energy they produce is little and irregular and burning glass fibres pollutes. The Veolia Group has launched a pilot project to crush them into dust and try to extract chemicals from them. Global Fiberglass Solutions has developed a method to break them down into granules and chips for use in the construction of floors and walls.
“The last thing we want is to create even more serious environmental problems”, say Veolia's executives explaining their projects.

Everyone wants to avoid creating environmental problems. But good intentions is not enough if science kowtows to environmentalist ideology; if it decides to give credit to a teenage girl who is skipping school, convinced in her turn by unverified assumptions; if serious and conscientious scientists are silenced and discredited by being called “deniers” because they question anthropic global warming and warn against adopting the next environmental, economic and social policies on this belief.