Disabled and elderly, euthanasia by Covid is a global fact

Elderly and disabled people are increasingly at risk. In the USA, several states have announced that treatment for the coronavirus will not be accessible to everyone. Why is that? Lack of means. The same is said in Italy. And in Holland the health authorities are suggesting to those who are elderly to forgo treatment. A sign that the idea of a “social” euthanasia is spreading. This reeks of Nazism. 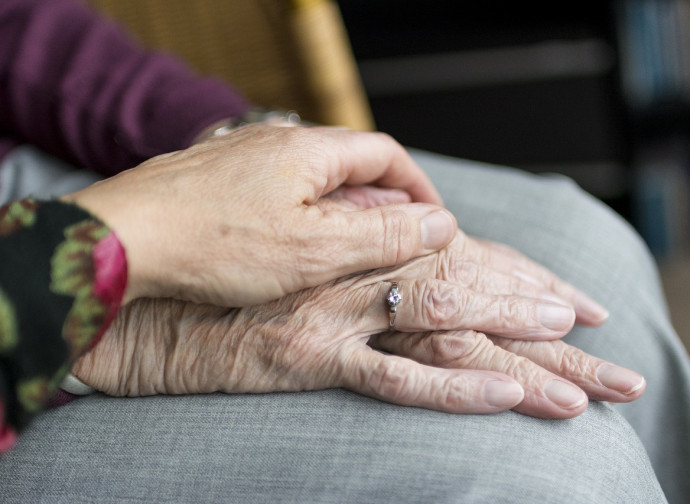 The current Covid-19 pandemic is proving to be an extraordinary opportunity for the dissemination of a culture of death. An opportunity seized, one might say, worldwide.

In the United States, incomprehensibly taken “by surprise” by the arrival of the virus, several states have already announced that treatment for the Coronavirus will not be accessible to everyone, and in the coming days it will be the disabled who will be the first to pay the price. In Tennessee, people suffering from spinal muscular atrophy will be excluded, while in Minnesota the range of patients who will not have the right to a ventilator is extended to people suffering from lung disease, heart failure and even cirrhosis of the liver. In other states such as New York, Michigan, Washington, Alabama, Utah, Colorado and Oregon, doctors must assess the level of physical and intellectual ability before they decide whether or not to intervene to save a life.

The reason for these decisions? There are not enough means and equipment for everyone. A phrase which first started to circulate in Italy, beginning last month. But if, unfortunately, it was not too surprising that a country like Italy came to face the Covid-19 in a disorganised way, how is it possible that the United States, after having witnessed the spread of this pandemic since the beginning of January, has not equipped itself adequately by increasing the production of ventilators and other suitable technical means, and by preparing hospitals in such a way that no citizen would lack assistance?

While it seems that almost every country in the world, with very few exceptions, had not prepared a valid national pandemic plan, as the WHO has been urging since 2009, there was no lack of preparation for the eugenic measures to be applied to the most vulnerable people, who are destined to be the main victims of the pandemic. These victims are by no means inevitable, because those who seem to be unable to enjoy the right to care are not only the most elderly, the octogenarians, but also younger people who can nevertheless be “sacrificed”.

The State of Alabama has issued directives: a document entitled “Scarce Resource Management” is the most striking case. The document states that “mentally disabled people are unlikely candidates for breathing support”. An elegant way of saying that therapy could be withheld – thus causing death – for the mentally disabled, a classification that could include many people, from those with Down syndrome to the mentally retarded. A euthanasia criterion that recalls the Nazi projects of elimination of “inferior beings”.

In Europe, too, the culture of death is trying to seize the opportunities offered by the Covid-19 pandemic: in the Netherlands, in order to avoid the overcrowding of hospitals already seen in Italy and other countries, the health authorities have given instructions to general practitioners to contact their elderly patients, inviting them to express in advance their willingness to be treated with respect over intensive care. It is made clear that they have to choose whether to be treated with ventilators, or – if they take into account the fact that after all they have lived long enough and that there are not enough resources for everyone – to “spontaneously” forgo treatment and allow themselves be gently eased into death.

This is therefore the situation in many countries. And Italy? Behind the rhetoric propagated by the media, which wants to present a picture of a country that is committed to the fight against the virus but that evidently has to face an enemy that is too powerful, one glimpses a different picture, which we should scrutinise carefully and thoroughly.

The starting point is the mortality rate of 10%, which is an absolutely anomalous figure from an epidemiological point of view. Far higher than that of all the countries affected.

Italy may not have openly declared its eugenic intentions, but the reports issued by the hospitals describe a practice adopted since the first days of the epidemic: that of not treating everyone, but only people under 75 years of age. We are repeatedly being told that hospitals, especially those in the North, are at the limit of capacity, on the brink of collapse. Therefore, it has been suggested that these deaths – perhaps avoidable – were necessary for a “common good”.

Strong doses of nationalism, of presumed civic sense, have enabled this idea to become acceptable: a conditioned and “socially” motivated euthanasia, which makes it wrong to demand the ventilator for oneself when it could serve someone with many more years of life ahead of them. However, this is not just about a ventilator, but also about other treatments, replaced by palliative care. Abandoning therapy, from an immoral act, thus becomes a gesture of “generosity”, almost a duty. Light needs to be shed on what is actually going on.