Dialogue and action: that’s not synodality

There is no common understanding of what the concept of synodality means. It was once thought that synodality meant walking together believing in the same truths of faith. Today synodality is considered taking action together. The model of synodality was a monarchical church, today it is a democratic church. 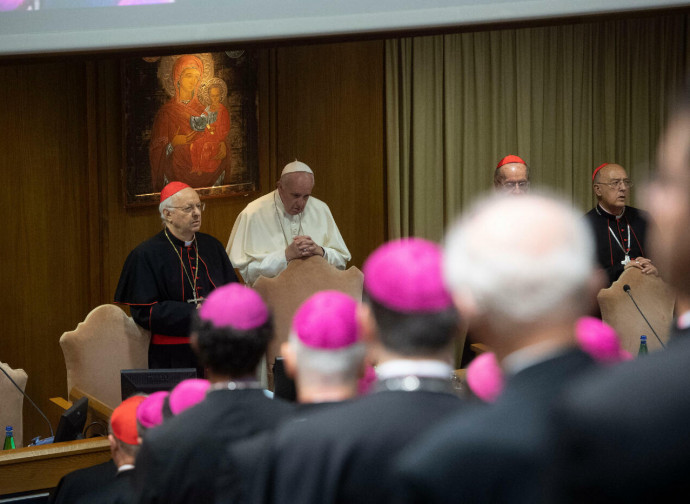 What was rumored has now been confirmed by the Holy See: in 2022 there will be a new synod, this time on the topic of synodality. This is interesting news, not so much because of the announcement of a new synod – this has now become a normal thing and we would be surprised if there were no more synods, at least for a little while. What is interesting is the topic. In today’s Church there are two lines of thought: one holds that the response to all doctrinal and pastoral problems – even the problem of abuse – should be synodality. The other maintains instead that synodality is the root of all of the doctrinal and pastoral problems. It appears clear from this simple observation that the concept of synodality is not well understood.

Synodality means walking together. On closer inspection, the Church of the past, when synodality was not spoken of with the great insistence of today, walked together in a very compact way. So it actually was a very synodal church. There is the idea today that the Church back then was monarchical and top-down. This was true, but it did not prevent a union of intentions between the pope, bishops, religious, and laity; it did not prevent participation and sharing, on the contrary. Let’s consider the role of the bishops: Both Pius IX and Pius XII, before proclaiming the two dogmas of the Immaculate Conception of Mary and the Assumption of Mary into Heaven body and soul, consulted with all the bishops of the Catholic Church. Pius IX did the same before he dogmatically proclaimed the primacy of Peter during Vatican I in 1870. During the ante-preparatory phase of Vatican II all the bishops of the world were asked to express their concerns. As can be seen, at that time they walked together and the principle “cum Petro et sub Petro” was applied and lived.

It is also often said that before the Council the laity were left in a condition of simply “following.” But in fact there was a much richer lay protagonism than today. The laity were on the avant-garde on many fronts, but in unity with the bishops and the pope: in short, they walked together. The dictionaries of the Catholic movement list a thousand biographies of lay people committed on the most diverse fronts, from economics to social concerns, from politics to education, from small businesses to trade unions. They were far from simply being “followers.” The differences were there and always will be, but the unity of the Catholic world then was much more synodal than today, and without having to speak at every step about synodality.

If we observe what is happening today, we immediately perceive the difference. The Church of Germany has just started a two-year “synodal way” that is causing internal rifts even between bishops, “progressive” attempts to change doctrine, and declarations of a possible break with the universal Church, which has provoked reproach from bishops of other countries, as happened with their fellow Ukrainian bishops. The synod on the family of 2014-2015 produced and is still producing rifts in the Church regarding the admission of the divorced and remarried to communion and, more generally, over the very structure of moral theology. Pope Francis gave communion to the divorced and remarried President of Argentina, and I don’t believe that he completed the “path of discernment” indicated by Amoris Laetitia. At the same time, in Poland communion is not given to anyone who is in that objective condition wants to persist in it, while in Germany the same person may receive communion.

If this is the “synodality” produced by the two synods on the family, we need to recognize that this is not synodality. What synodality has the Synod on the Amazon produced? The Church has literally been broken in two, and this is still the case on the hot topics of that synod. Synodality should mean that the laity are more highly valued, but today we are seeing a new clericalism with the laity – when they are still there – regulated by objectives established from above.