Desecrated churches: a surge of violence from France to America

Since the beginning of the year, a long list of churches have been destroyed, statues of Our Lady decapitated, and hosts desecrated. Yet, the crimes are shrouded in the silence of the media and the connivance of the authorities. In France there is a case every day, in Latin America even the cases of murdered priests go unpunished. 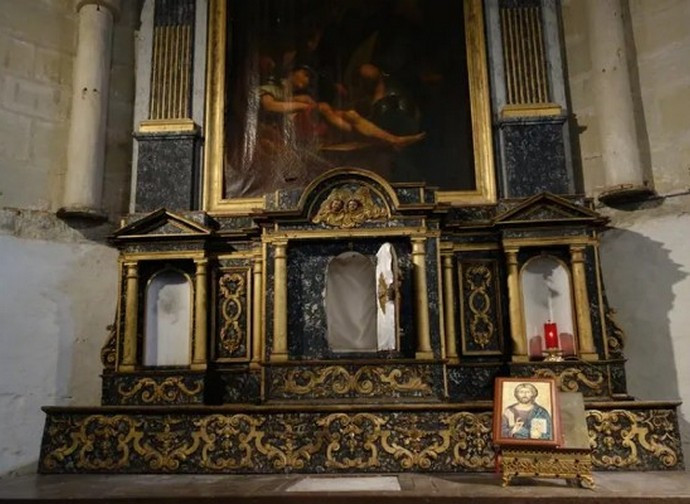 A tsunami of vandalism is hitting the churches of France, amidst the silence of the media and ironic declarations of the government. After a number of churches were burnt down in Canada last June, the wave of violence, sacrilege, and desecration of Catholic churches in the USA and Latin American countries has not abated. Omertà, i.e. the code of silence, connivance, and complicity on the part of governments and the national and international mass media show just how violent anti-Christianity is becoming.

Cardinal Timothy Dolan's public denunciation of 14 January, regarding 'Religious Freedom Day' in the United States, taken up by almost all English-language Catholic newspapers, in which he denounced the staggering number of attacks on Christian places of worship over the last two years, has caused a sensation: "For nearly two years, the bishops of the United States have reported a disturbing trend of Catholic churches being vandalised and statues destroyed...," he said, recalling how "an attack on a place of worship is certainly an assault on the particular community that gathers there. It is also an attack on the founding principle of America as a place where all people can freely practise their faith".

It is no coincidence that young Madeline Cramer has been arrested and charged with hate crimes for vandalising the doors of Denver Cathedral last October, while investigations are still under way to identify who was behind the decapitation of the statue of the Virgin Mary, which caused irreparable damage to the Basilica of the National Shrine of the Immaculate Conception in Washington on 5 December.

Beheading the Virgin Mary has become a 'fashion' particularly common to Satanist vandals of the entire American continent: last week, the statue of the Immaculate Conception was beheaded in the Argentinean Cathedral of All Saints at Santa Fe. Last September, again in Argentina but in the city of Añatuya, the city cemetery was vandalised and the statue of the Virgin of the Miraculous Medal was also decapitated. In Chile, on 10 January, Satanist vandals set fire to one of the country's most beautiful and protected churches in San Sebastián de Curarrehue, in the diocese of Villarrica.

Over the last year the climate of hatred and violence has also spread in Mexico, a country where a recent report at the beginning of the year denounced the cover-up of investigations against the perpetrators of the murder of four priests in 2021 and "more than 80% of cases of murders, extortion, attacks, and raids against Catholic temples that have never been solved". Bolivia is not to be outdone, in the Andean country there has been no shortage of violence and attacks on churches in recent months, following the bishops' stance against the liberalisation of abortion and, here too, there are still no suspects in the dynamite attack on the cathedral in the capital La Paz last November.

Laxity or complacency? Let's call it complacency, not to say complicity, on the part of the French authorities towards the tide of vandalism and blasphemous acts that have been taking place in the country since the beginning of the year. Perhaps the devilish spirit had felt offended by the protests and cancellations of the performances of witchcraft and esoteric hymns that Swedish actress Anna von Hausswolff was due to give on 8 December in the churches of Nantes and Paris. Perhaps the farce of the CIASE Report, later discredited, kindled the spirits of the worst Jacobinism. The fact is that since 1 January 2022, a dozen churches have been desecrated, altars attacked, images destroyed, and buildings vandalised all over the country.

The I-Media news chain spoke of ‘omertà’, or ‘code of silence’ on the part of the press and national authorities, who are hiding the growing phenomenon of attacks on and desecration of churches. Journalist Charlotte d'Ornellas was the only one to denounce the phenomenon on 12 January on CNews television, speaking of “an epidemic of attacks and a non-existent reaction from the media”. Interior Minister Gérald Darmanin, who had promised to regiment the Church within the rules of secularism, confined himself to stating an empty commitment on the part of the government. With the Eucharistic Christ struck down and His Mother Mary beheaded, what will happen to Christians? Let’s be prepared...