In a historic battle, the US Senate rejected (48-46) the Democrats' proposal to liberalise abortion up to birth and to wipe out the pro-life victories of recent decades. Joe Manchin (Dem) cast the deciding vote. Relief for pro-life groups. And Biden could not please the abortion lobby. 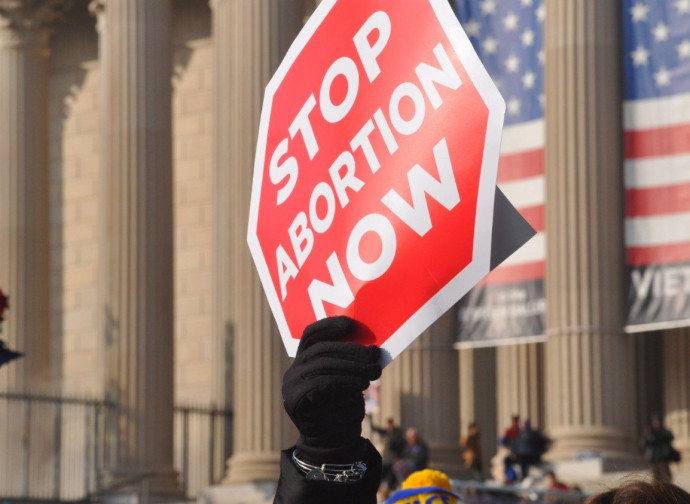 On Tuesday 1 March, Joe Biden delivered his State of the Union address, a historic event that has involved every US president since the country was founded. In his first address to the nation, after 12 months of continuous decline in approval ratings (36%, like only Trump and Ford before him), the current president would have liked to at least celebrate the victory of a pro-abortion federal legislation (Women's Health Protection Act). The Senate, however, rejected the Democrats' proposal on Monday 28 February so not even that announcement could be made.

Monday's battle in the US Senate was a historic one. After being approved by the House last September (218-211), the Democrats' proposal to liberalise abortion at federal level could have wiped out the pro-life battles of recent decades. The text, which failed to pass muster thanks to the unity of the Republicans and the vote of Democratic Senator Joe Manchin (48 votes against v. 46 in favour), envisaged the elimination of all state and federal laws on parental consent in relation to underage abortion; a ban on all laws that require not only the consent of the mother seeking an abortion but also pauses for reflection and viewing digital images of her child; a ban on states passing laws to protect children up to 20 weeks (as is the case with North Korea, China, Vietnam, Singapore, Canada and the Netherlands); firing doctors and nurses who oppose abortion and cutting off all public funding for religion-inspired hospitals that do not perform abortions in their facilities; and removing all limits on direct federal funding, with taxpayer money, for facilities that perform abortions in the country.

The Democrats’ proposal would also have removed all bans introduced by single states on abortions up to birth, sex-selective abortions, and all state restrictions on publicly funded abortion. It is easy to see that the passing of the Women's Health Protection Act (WHPA) would have brought about a Copernican revolution in the entire American system and might even have invalidated the Supreme Court's discussion and decision on various pro-life laws. All Republicans voted pro-life and all Democrats voted in favour of pro-abortion legislation, except Manchin, while there were three absentees from each political party.  During the debate there was no shortage of voices exposing the interests of multinational abortion lobbyists, including Senator Ben Sasse, an outspoken pro-life advocate, who denounced how the bill would only make "Planned Parenthood's army of lobbyists happy".

American pro-life movements welcomed the rejection of the federal pro-abortion legislation with enthusiasm. Alliance Defending Freedom (ADF) pointed out that the law would have put women and unborn children at risk by banning most of the state's reasonable abortion regulations currently in place. According to Jeanne Mancini, president of the March for Life, the law would have liberalised abortion "up to the moment of birth", while Live Action president Lila Rose denounced how Democrats thought the way to help struggling Americans would be “to aid in the killing of their children".  On Monday, in a personally signed article in the National Catholic Register, the director of the widely circulated television channel EWTN had described the Democrats' proposal as the most extreme attempt to legalise abortion in American history. On 25 February, the pro-life office of the United States Conference of Catholic Bishops (USCCB) launched a public campaign inviting the faithful to write to their state senators to vote against the Women's Health Protection Act. In the email, the bishops' office recalled how the law would impose “free abortion nationwide at every stage of pregnancy”, ban “pro-life laws nationwide and in every state and local government” and force Americans “to financially support abortions in the United States and abroad”.

News outlets, including Newsweek and RawStory, were quick to criticise Manchin for voting with the American people rather than the pro-abortion lobby, publishing headlines describing his vote as 'shameful' and arguing that “Joe Manchin may have helped strike a fatal blow to Roe v. Wade”. Danger averted. After nominating abortionist Ketanji Brown Jackson for the Supreme Court, Biden wanted to present himself to the nation yesterday as the most abortionist president in history, but pro-life advocates prevailed.