Data on adverse reactions, critical post-marketing analyses, publications questioning the real efficacy of different vaccines: it emerges that we are facing a commercial war between manufacturers and between European and national institutions. The withdrawal of the Pasteur Institute and Merck, the doubts about the efficacy of AstraZeneca’s antidote, Sanofi’s delays, and Pfizer’s breaches: it has to be admitted that public opinion has been deceived. Only the bishops still ‘blindly’ believe in it. 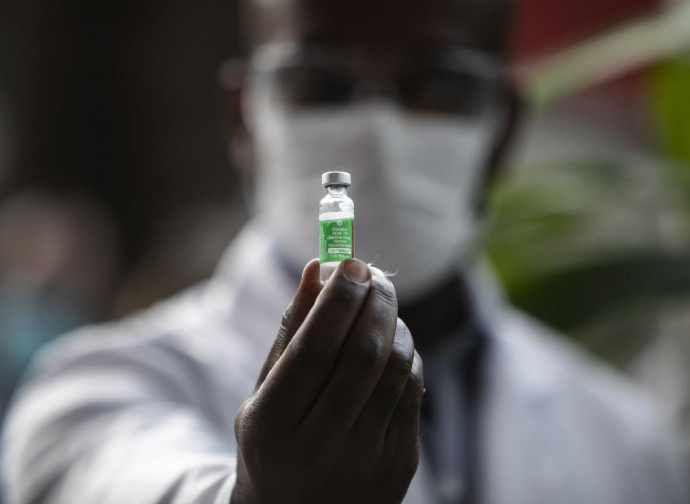 For months vaccines were heralded as the solution, the only solution, to the pandemic problem. With the passing of time and the announcement of the imminent arrival of the various products, faith in the cult of the vaccine has grown out of all proportion, a faith that did not allow objections and scepticism, so much so as to threaten sanctions and punishments for those who dared question the saving role of the pharmaceutical product.

Now, however, with the first data on adverse reactions, the first post-marketing analyses, and the first scientific publications questioning the real efficacy of the various products, it is becoming increasingly clear that we are facing a real trade war between the manufacturers and between European and national institutions.

It seems that the only ones who still have unconditional faith in vaccines are the bishops of the Catholic Church, who continue to support them and use them as an ethical choice that people have a duty to make. A certain Catholic narrative also sees them as the outcome of a great collective scientific effort, which has seen scientists and philanthropic funders come together in a great effort to save humanity.

Nothing could be further from the truth. That the ‘vaccine race’ has always been a great race to get one’s hands on immense profits has long been said. The fact that a vaccine takes 5-6 years to develop, not a few months, has been repeatedly stated by cautious and balanced scientific voices, but the vaccine front has always flatly dismissed these concerns.

Now we are faced with a situation of mutual discrediting by many companies, and also by several prestigious research institutes that are throwing in the towel on a very singular virus such as Covid-19: an RNA virus, a virus that mutates continuously, a virus belonging to a family of pathogens, the Coronaviruses, for which a vaccine has never before been produced.

The Pasteur Institute, France’s leading research institute, has announced that it will halt its main project to develop an anti-Covid vaccine, carried out in collaboration with the American pharmaceutical company Merck, a veritable Big Pharma giant, after the first clinical trials proved to be “not sufficiently effective”. When administered to humans, “the candidate vaccine was well tolerated, but the immune responses induced were inferior to those observed in people who had recovered from a natural infection, as well as to those observed with authorised vaccines against Covid-19”, the Pasteur Institute said in a statement.

So while the Pasteur Institute is taking its time to carry out more in-depth research, and is therefore staying out of the mad rush to bring a vaccine onto the market at all costs, there are growing doubts about existing vaccines.

In the next few days, the European Medicines Agency (EMA) is expected to complete the approval process for the preparation by the British-Swedish company AstraZeneca, but in the meantime publications have emerged in Germany claiming that the vaccine would have an efficacy of no more than 8% in the over 65s. Given that the average age of those who die in Western Europe is 80, and that this should therefore be the population to be protected most, one wonders whether the cost-benefit ratios of this product aren’t totally negative.

German experts have raised concerns about the design of the vaccine trial due to an apparent lack of older participants in the clinical trials, and point out that EMA has asked AstraZeneca to provide further data, which are currently unavailable. If the AstraZeneca vaccine could not be used on the over 65s there would be huge consequences for vaccination plans across Europe. We would have a vaccine “for young people”, where the mortality rate is infinitesimal, which would be of little use in eradicating the epidemic.

Then there is the question of contracts: we are witnessing Pfizer’s contractual failures. Either Pfizer miscalculated, which would in any case be a very serious mistake, or it bluffed its way into a huge slice of the market without even having the goods ready or scheduled for delivery. At the World Economic Forum in Davos, the President of the European Commission, Ursula von der Leyen, chastised the vaccine manufacturers, reminding them that they “must respect deliveries”.

In fact, Europe should have made contracts that were not total concessions to the pharmaceutical companies, to the point of releasing them from their obligation to compensate those harmed by the vaccines. What was granted to Pfizer and Moderna would now be reviewed for upcoming and future products, starting with AstraZeneca, which is being asked by Brussels to remove the secrecy clause from the contract.

Some in the UK suspect that this sudden moral rigour required in contractual agreements can be explained by the fact that the company is British, and therefore - after Brexit - this could be a form of retaliation by the European Union. Finally, one of the most promising vaccines in development, that of the French giant Sanofi (the same company that produces Hydroxychloroquine) is suffering delays in preparation, and will not be ready until the autumn.

This is a pity, since Sanofi’s will be a traditional vaccine, not a gene therapy using mRNA. Safer, and also more ethical, since no human embryo cells are used. In short, despite the illusion of a great collective effort on the part of the scientific community, the vaccine race is one in which competitors are sparing no low blows. It is to be hoped that public opinion will realise that it has been greatly deceived, and that the real way to defeat the epidemic is to focus first and foremost on therapies.