Appeal judges postponed the "execution" of the 12-year-old in a coma at the Royal London Hospital by a few hours so that a last, desperate appeal to the Supreme Court may take place. They rejected the UN’s request to suspend the withdrawal of life-support and insist that death is in Archie's "best interest". If, as expected, also the Supreme Court rules against Archie, today at 12 he will be deprived of all life-sustaining treatment. 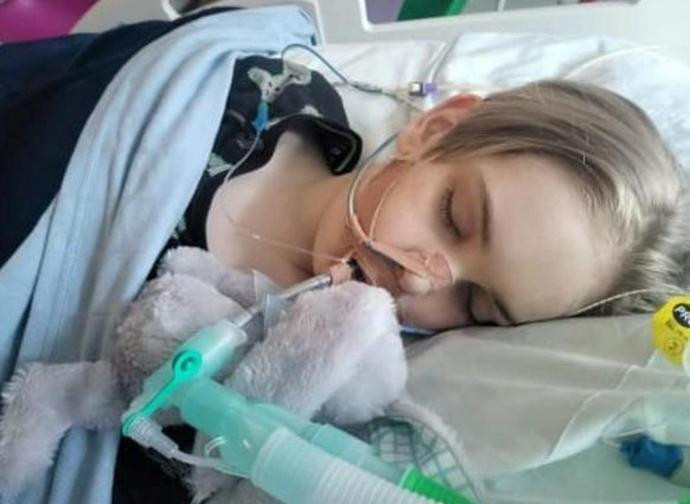 The “choreographed execution” of Archie Battersbee did not take place as planned on 1 August. In what seems a contradictory ruling, the President of the family division Sir Andrew McFarlane, Lady Justice King and Lord Justice Moylan rejected outright the United Nations UN Committee on the Rights of Persons With Disabilities (UN CRPD) “interim measures” injunction to the UK government which requested withdrawal of Archie’s Battersbee’s life-support be suspended until the UN Committee has examined the case.
Yet, in the same ruling, the judges ordered a short delay to the withdrawal of Archie life-support until 12:00, Tuesday 2 August, insisting death remains in Archie’s “best interests. It gives his parents a few hours and a last slim chance to appeal to the Supreme Court. The tight time frame is in keeping with the pace Archie’s case has been dragged through the courts so far. The fact a life and death sentence conducted in this way is not only unexplainable, it makes a mockery of justice .

Tom Allan for the Christian Legal Centre, which has been supporting Archie’s family, told the Daily Compass, “all parties at the hearing admitted they had not had sufficient time to grapple with all the issues of this complicated case”. “More time” is the only request, Hollie Dance, Archie’s mother has made since the start of this sad saga. Now, a last minute appeal to the Supreme Court, remains the family’s only hope to request justified time be allocated to Archie’s most recent medical evidence. Hollie claims she can prove Archie is progressing and stable including video evidence of Archie attempting to  take breaths. But the courts have consistently refused to consider new submissions.

In his ruling, Sir Andrew also referred to the medical evidence put before Mr Justice Hayden, who ruled on 15 July, and collected in that period, that Archie's life-sustaining treatment should be withdrawn. He said: "In short, his system, his organs and, ultimately, his heart are in the process of closing down. The options before the court have always been stark." Hollie claims, the doctors have “cherrypicked exactly what goes to court, so the judges are making their decisions on evidence given by the clinicians” which has piloted the court’s decision in the Trust’s favour “while we’ve been silenced a lot”.

In a statement  after the hearing, Hollie Dance, said she continued to be "shocked and traumatised by the brutality of the UK courts and the hospital Trust". "Our wishes as parents continue to be trampled on and ignored," she said. "We do not understand the urgency and rush to end life-support. "The hospital trust has at no point given us time to come to terms with what has happened. "This is no way for a compassionate society to treat a family in our situation. We will continue to fight for Archie."

It remains to be seen if the UK Government’s legal department will make a statement or indeed the UN Committee which has been told clearly to mind its own business. The UN CRPD has previously criticised the UK system of withdrawing life-sustaining treatment based on the patient’s ‘best interests’ as determined by the Court.  It’s also worth remembering the latest hearing came as a result of a letter on Sunday 31 August on behalf of Health Secretary Steve Barclay, asking the courts to “urgently consider” the UN Committee's request to refrain from withdrawing Archie’s life-support while they considered his case.

The U.K. voluntarily joined the Optional Protocol to the Conventionon the Rights of Persons with Disabilities, and this enabled the UNRPD to ask the UK government to delay the withdrawal of life support while the complaint was investigated. Edward Devereux QC, representing the family told the court: “The CRPD is not directly incorporated into domestic law, so none of the pronouncements of the Committee are formally binding upon the domestic courts.  However, interim measures have force in our domestic legal system due to the UK’s invariable compliance with its international obligations.” Furthermore, he stated, “The Secretary of State has effectively invited the Court to intervene so as to ensure that the UK’s international law obligations are respected.  The Court is free to act in accordance with interim measures in the present case and should do so.”

It’s not the first time and probably won’t be the last, a tragic case of this kind moves the hearts and consciences of the general public. Unless, the British government agrees to a much needed review of how these cases are managed enforcing radical changes to the criteria for death and best interests decisions, there will be more families crucified by the legal and medical establishments peculiar to Britain.