Covid vaccines approved for infants in US: a useless risk

The US FDA gives the go-ahead for Covid vaccines to be administered to infants and talks as if a solution has been found to a scourge that claims innocent victims, as polio or diphtheria did. But it makes no mention of the embarrassing fact that the lethality rate for infants affected by Covid is 0.00008% and this for infants with pre-existing conditions. 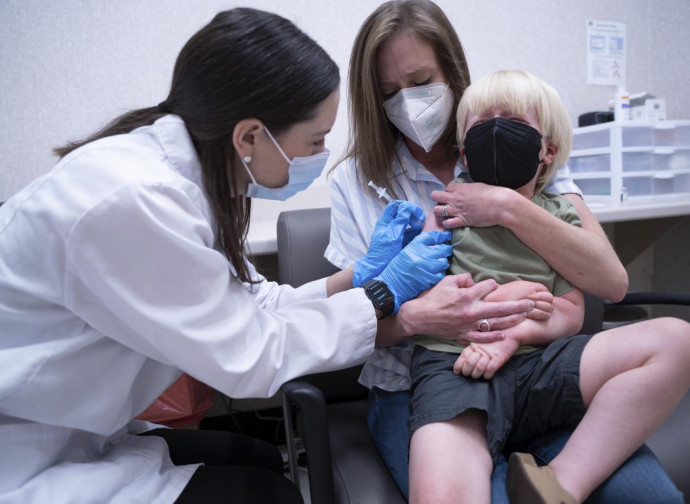 Covid vaccination goes universal. Almost every inhabitant of the planet will be able to receive mRNA products, fulfilling Bill Gates' dream. The US, and in particular the Food and Drug Administration, has approved the applications of Pfizer and Moderna to administer their vaccines to children from the age of six months. Pfizer was already permitted from the age of five, Moderna above the age of 18. According to the communiqué from the drug approval authority, the authorisation is “for emergency use”, but as we know, there is always a state of emergency: therefore infants can be vaccinated from the age of six months. "Many parents and doctors have been waiting for a vaccine for younger children, and this action will help protect those over 6 months of age.  As we have seen for older age groups, we expect vaccines for younger children to protect against the most serious Covid outcomes, such as hospitalisation and death", said FDA Commissioner Robert M. Califf, M.D. "Those entrusted with the care of children can have confidence in the safety and efficacy of these Covid vaccines and can be assured that the agency has thoroughly evaluated the data."

The FDA commissioner speaks as if a solution had been found to a scourge that was claiming innocent victims, as if it were the polio or diphtheria of the last century. He makes no mention of what the lethality rate of children affected by Covid is. It would be rather embarrassing to say that it was 0.00008%, and that it only affected children with pre-existing health problems, and that in almost all cases Covid was experienced either as asymptomatic, or as a cold or flu. Therefore, was it necessary to extend the vaccination to six-month-old infants? What epidemiological data supported this decision? These questions need to be raised, because inevitably in a short time these authorisations could be taken both in Europe by the EMA and in Italy by the AIFA.

While warnings are coming from several countries about the undesirable side effects of vaccines, the age of inoculation is being lowered even further - and, according to several experts - dangerously so. Moreover, three doses will have to be administered to young children at close intervals: two initial doses administered three weeks apart, followed by a third dose administered at least eight weeks after the second dose. Three doses in less than three months.

The FDA vouches for the efficacy and safety of vaccines inoculated in children of this age in the light of two clinical trials conducted experimentally in the United States and Canada on groups of infants, children, and adolescents. A group of 230 children aged between 6 and 23 months and another group of 260 children aged between 2 and 5 years received a primary series of two doses of mRNA vaccine and the outcomes were compared with the immune responses of 290 adults aged between 18 and 25 years who had received two doses of vaccine. In these FDA analyses, the immune response to the vaccine in both age groups of children was comparable to that of adults.  What does this mean? That they had developed antibodies, like adults. But developing antibodies, as is now well established, does not mean not contracting the disease, as shown by the hundreds of thousands of triple- and quadruple-vaccinated. Moreover, it is not known how long these antibodies persist.

But, what about its safety?  The most commonly reported side effects in clinical trial participants aged 6-23 months who received the vaccine were irritability, decreased appetite, fever and pain, redness and swelling at the injection site. These side effects were also reported in vaccine participants aged 2 to 4 years, as well as fever, headache, and chills. The FDA and CDC safety surveillance systems have also identified an increased risk of myocarditis (inflammation of the heart muscle) and pericarditis (inflammation of the tissue surrounding the heart) following vaccination, particularly after the second dose. The observed risk is higher in males aged 18 to 24 years for the Moderna vaccine and in males aged 12 to 17 years for the Pfizer vaccine.

Despite all this, approval was given. Evidently, these are choices made regardless of any evidence about the natural disease as it develops in children and young people, and the outcome of vaccination.