Covid Vaccine Without Testing? Too Risky

The European Medicines Agency’s request to be able to use the vaccine against the coronavirus as early as this autumn, without proper testing, is extremely dangerous: it runs the risk of worsening the effects of the coronavirus rather than preventing it and also of causing serious brain damage. 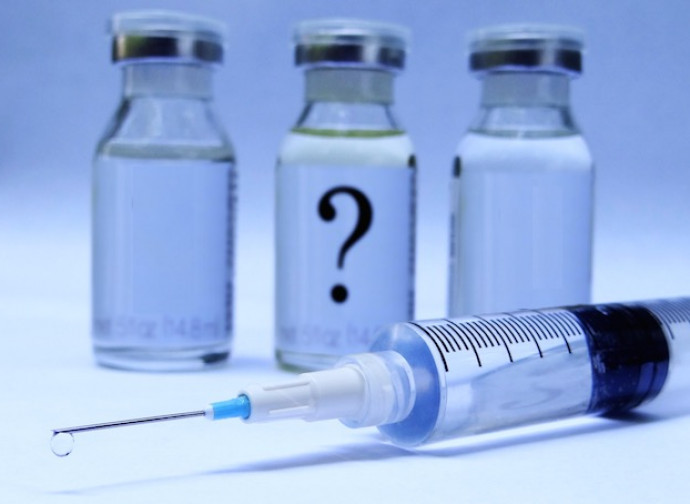 The noted American scientist Anthony Fauci made an announcement a few days ago: a vaccine for the coronavirus should be ready “within the next year or year and a half,” as reported by American media. The immunologist referred to having received assurances from pharmaceutical agencies that they would be capable of producing up to a billion individual vaccines, also agreeing to distribute it throughout the world.

In Europe, however, there is still more urgency: in the past few days the European Medicines Agency has released some early findings of the research being done in Britain that is said to have already reached a good conclusion. “The vaccine works,” it was announced. “The goal is to distribute it without testing.” In other words, to obtain special authorization from the European Union to begin marketing a vaccine as soon as next winter. This would mean skipping through all of the normal procedures by which a drug is normally approved, omitting a whole series of technical steps that are normally considered indispensable.

The attitude of the European agency appears bizarre: everyone recalls the attitude of various national agencies (including AIFA, the Italian Medicines Agency) towards anti-Covid drugs earlier this year: absolute intransigence, for example in the case of chloroquine or plasma therapy, requesting studies, clinical trials, and incontrovertible proofs of the effectiveness of these treatments. But now, with the vaccine, the opposite is true: they are asking to skip over fundamental steps so as to introduce a drug without any of the necessary testing that normally requires time: months and even years.

For the anti-Covid vaccine there is only one watchword, and it is quite clear: “hurry up.” It is no coincidence that among the experts there is talk of a “race for the vaccine.” But in medicine, as in other sciences, haste is an attitude that is decidedly anti-scientific.  The present haste is being justified by the state of emergency, but by now it is clear that the various epidemic outbreaks have a typical pattern that ultimately leads to the elimination of deaths and infections. But, as we well know, a very strong propaganda campaign is underway that seeks to maintain a state of fear about the return of the virus. For this reason, it is said, there is a need to hurry to find the vaccine, ignoring all the other therapeutic hypotheses that have been proposed by various scientists.

Only a few days ago, we presented the interesting thesis of Professor Robert Gallo, one of the greatest virologists in the world, who seems to have been totally ignored (see here). It seems that everything has already been settled and decided: we must get an anti-Covid vaccine. This is a decision that leaves us very perplexed. And the doubts are being expressed by researchers and scientists, not by self-styled “No Vax” people. This term, among other things, is becoming an ideological category with which to discredit those who ask questions about the effectiveness and security of the vaccinations. It has become a magic word, like “fascist” or “racist.”

In reality many researchers working to develop vaccines want to protect their patients, without triggering an immunological phenomenon that has long been known, that following a vaccination the disease may be exacerbated rather than diminished. This very serious problem, which neither Fauci nor the impatient Eurocrats will speak of, is called ADE (antibody-dependent enhancement).

If some of the antibodies produced by an organism in response to vaccination do not bind well enough to the virus, or are not present in the right concentration, it can happen that they “cling” to the virus rather than attack it, thereby exacerbating the disease, a process known as antibody-dependent potentiation, or antibody-dependent enhancement (ADE).

In ADE, (which is also coincidentally the name of the Greek god of the underworld, Ade, from whom “Hades” takes its name) the antibody-coated virus obtains an entrance by means of the antibody receptors on the macrophages and the other components of the immune defences, thereby neutralising the very cells that would have eliminated the virus. Moreover, in some cases this process can trigger a strong inflammatory reaction, which is extremely dangerous, as we have seen in the past few months thanks to autopsy findings, because it can trigger widespread vasculitis and thromboembolisms (blood clots).

ADE can enable the virus to initiate a super-production of inflammatory signaling proteins called cytokines, leading to “cytokine storms” that can promote acute respiratory distress syndrome and damage the pulmonary tissue. Thus, it is not enough for a vaccine to be able to induce the production of antibodies, but it must be the “right” antibodies, and in order to reach this goal it takes much time and prudence. A vaccine that leads to ADE could cause serious damage to the body. ADE has already been a problem in the case of other vaccines.
There is now clear evidence that Covid-19 is a neurotrophic virus, meaning that it attacks the central nervous system. If a vaccine were to be produced without absolute safety criteria, the processes we have described above could lead to brain damage in an unspecified number of people. This would be a true humanitarian disaster.

But if despite all this an improperly tested vaccine is to be placed on the market, and people decide to submit to it, driven by the fear of getting pneumonia from Coronavirus (which can be cured by various treatments) – since we consider pneumonia preferable to brain disease, we believe that the choice to be vaccinated should be free and personal, not obligatory and forced.